Home » About Us » Inter-Parliamentary Union 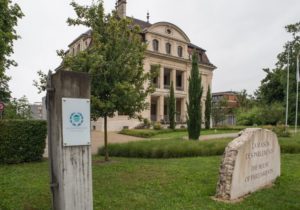 The IPU is an international organisation comprising the parliaments of sovereign states established in 1889 in Paris by William Randal Cremer (United Kingdom) and Frédéric Passy (France). It was the world’s first permanent forum for political multilateral negotiations and the British Group of the IPU has remained active in its work since its inception.

The IPU is the global organization of national parliaments. It was founded 130 years ago as the first multilateral political organization in the world, encouraging cooperation and dialogue between all nations. Today, the IPU comprises 178 Member Parliaments and 13 Associate Members. It promotes democracy and helps parliaments become stronger, younger, gender-balanced and more diverse. It also defends the human rights of parliamentarians through a dedicated committee made up of MPs from around the world. Twice a year, the IPU convenes over 1,500 parliamentary delegates and partners in a world assembly, bringing a parliamentary dimension to global governance, including the work of the United Nations and the implementation of the 2030 Agenda for Sustainable Development.

The IPU works to safeguard peace and drives positive democratic change through political dialogue and concrete action.  As the focal point for world-wide parliamentary dialogue, it works for peace and co-operation among peoples and for the firm establishment of representative democracy. To that end, the IPU: fosters contacts, co-ordination, and the exchange of experience among parliaments and parliamentarians of all countries; considers questions of international interest and concern and expresses its views on such issues in order to bring about action by parliaments and parliamentarians; contributes to the defence and promotion of human rights – an essential factor of parliamentary democracy and development; contributes to better knowledge of the working of representative institutions and to the strengthening and development of their means of action.

The IPU aims to complement international relations conducted at inter-governmental level by ministers, ambassadors and other state officials by establishing friendship, understanding and co-operation between parliamentarians on issues of common concern and international significance.  The IPU supports the efforts of and works in close co-operation with the United Nations, whose objectives it shares. The Union also co-operates with regional inter-parliamentary organisations, as well as with international intergovernmental and non-governmental organisations which are motivated by the same ideals. The IPU is supported by an International Secretariat based in Geneva since 1921 with responsibility for co-ordinating the IPU’s global activities, including biannual Assemblies and other specialised meetings.  The current Secretary General of the IPU is Martin Chungong. The Annual Report of the IPU for 2018/19 was released on 18 March 2019.

The IPU facilitates parliamentary diplomacy and empowers parliaments and parliamentarians to promote peace, democracy and sustainable development around the world. Our work revolves around eight strategic objectives:

The IPU Strategy 2017-21 drafted under the guidance of IPU Member Parliaments, sets the vision, mission and objectives of the organization. It outlines the actions that need to be taken by the IPU community to achieve its agenda and the two overarching goals of building strong, democratic parliaments and mobilizing them around the global development agenda.

The IPU’s Mission Statement, as contained in its Strategy 2017-21 is:

“The Inter-Parliamentary Union (IPU) is the global organization of national parliaments. We promote democratic governance, institutions and values, working with parliaments and parliamentarians to articulate and respond to the needs and aspirations of the people.  We work for peace, democracy, human rights, gender equality, youth empowerment and sustainable development through political dialogue, cooperation and parliamentary action.”

To view all of the IPU’s Publications and for further information click here.