125th Anniversary of the Inter-Parliamentary Union 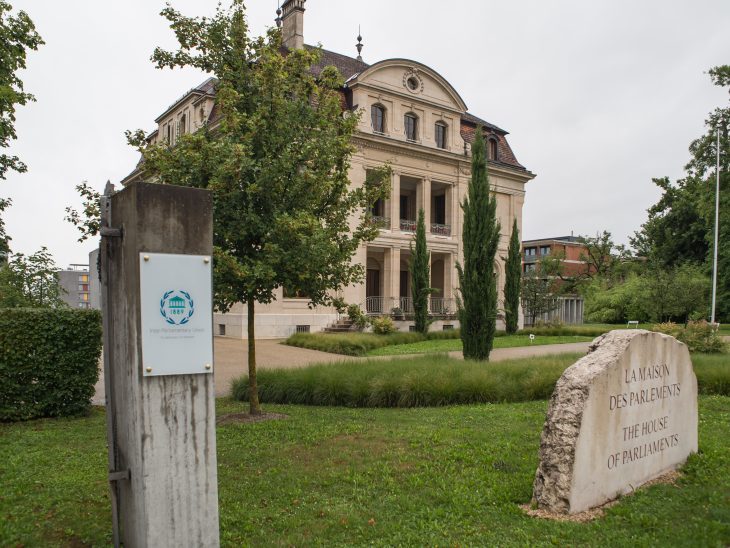 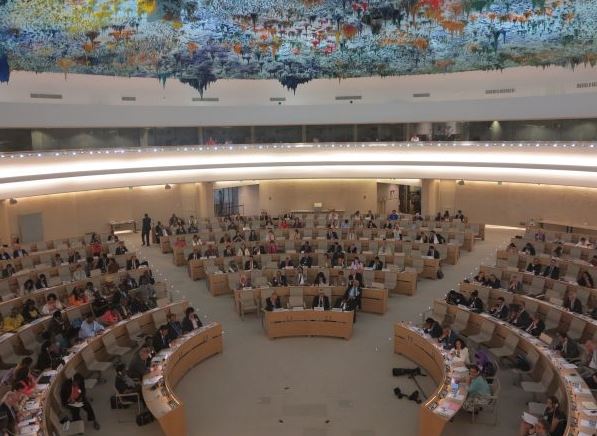 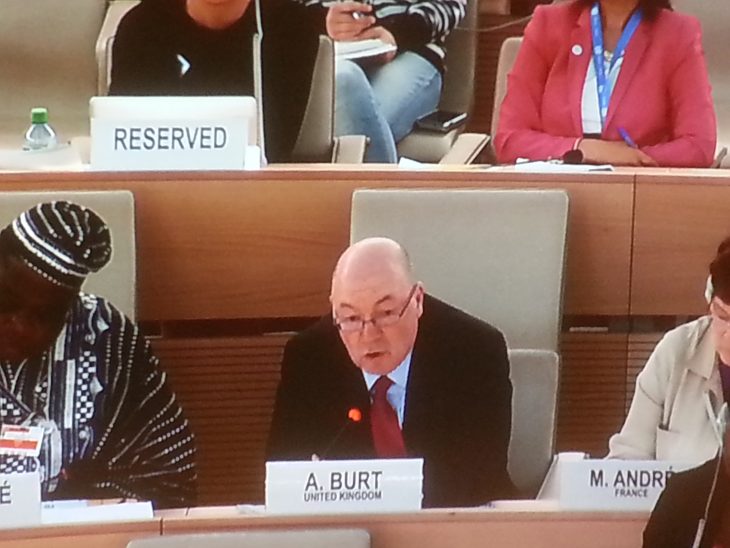 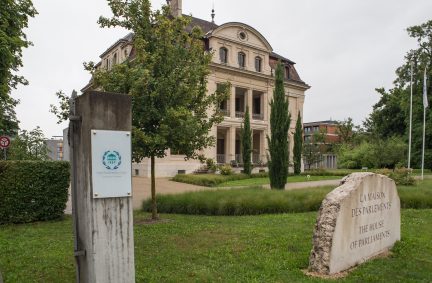 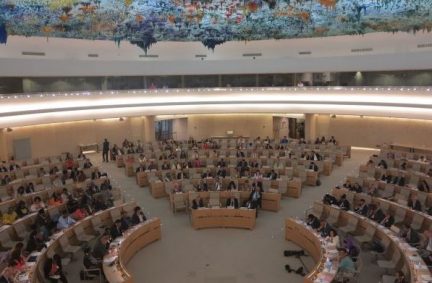 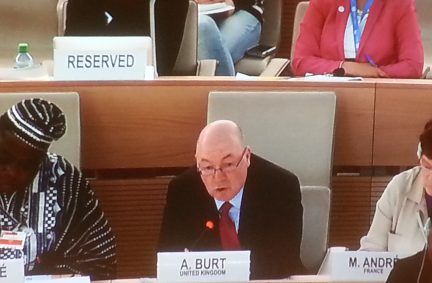 The Inter-Parliamentary Union (IPU) celebrated 125 years of global parliamentary action on resolving conflicts and building democracy on 30th June, the anniversary of its creation in 1889.  The event: Driving Democratic Change – IPU at 125 and beyond was held in the Human Rights and Alliance of Civilizations Room of the Palais des Nations in Geneva (see  video of the event here).  BGIPU was represented by its Chair, Rt Hon Alistair Burt MP, and the IPU Vice-President for the 12 Plus geopolitical group, Mr Robert Walter MP.  The IPU Executive Committee relased a statement to mark the 125th anniversary.

As noted in a speech by the BGIPU Chair, since its establishment in 1889, eight IPU leaders have won the Nobel Peace Prize, including both its UK and French founding fathers. The oldest multi-lateral political organization in the world, IPU has played an important role in; the creation of the UN, inter-State relations during the Cold War; helping countries in post-conflict to transition smoothly into democracy, setting international standards on elections and parliamentary working methods and in increasing women’s political participation globally.

Its Members have also signed up to IPU’s Universal Declaration on Democracy, the only existing text to define the parameters of democracy or establish its scope. A formal anniversary event will be held in Geneva with the UN which will look at how IPU has helped shape a radically different world where peace, human rights, equality and human development underpin a desire for greater democracy.

The event discuss some of the many challenges democracy faces today. The anniversary date of 30th June also marked the end of Anders B. Johnsson’s tenure as IPU Secretary General after 16 years during which the Organization has worked in all regions to promote and build democracy.

Cameroonian national Martin Chungong took over as IPU Secretary General, the first African to hold the post, following his election at the 130th Assembly in March 2014.  The new Secretary General committed to making the IPU a truly inclusive and diverse global organization by reaching out to marginalized regions and parliaments in need of support.

Politicians must overcome lack of trust for future of democracy, says IPU on 125th anniversary

Public disillusionment with politics is leading to increased marginalisation of groups within society and is undermining peace and democracy. Politicians will need to overcome the lack of trust in them and embrace a more inclusive approach to politics if democracy is to thrive as it should in the future, says the Inter-Parliamentary Union (IPU) ahead of its 125th anniversary next week.

The oldest multi-lateral political organization in the world, founded by a group of parliamentarians with a unique vision for a new and more peaceful world on 30th June 1889, IPU is urging parliamentarians everywhere to take a natural lead in bringing change.

“Parliamentarians, representing the will of the people, have to change both mind-sets and behaviour and reconnect with the people through a less conflictual and more inclusive way of doing politics. IPU’s founders knew this approach was the answer when they created this unique organization with a vision that others have since adopted or acknowledged,” he added.

An advocate of an inclusive approach to politics since its creation, IPU is urging its members to renew that commitment with vigour as the Organization looks to the future. Real change will occur through greater engagement and empowerment of youth in political processes.

“Democracy can only work if parliamentarians are attuned to the will of the people. It is after all, a mechanism to ensure the better welfare and well-being of a country’s population. A continuous engagement with the youth to deliver on that and a nation’s future and that of democracy is secured,” states Radi.

An Organization currently composed of 164 national parliaments and constantly growing, IPU has led the way in actively promoting and engaging in inclusive dialogue as a fundamental tool to resolve conflicts and build democracy.

It is the remit that underpins IPU assemblies, which since 1889 have brought together parliamentarians to find alternative means of ending national and international conflicts.

“Our history has taught us that in fragile societies, a ‘winner takes all’ approach doesn’t work in ending wars or other types of conflict. A strong democracy built on peace is only possible if all parties and voices have a say in political decision-making when coming out of a crisis,” says Anders B. Johnsson, who ends his 16-year tenure as IPU Secretary General also on 30th June.

“Iraq is tragically the latest example of what can go wrong when that doesn’t happen. Our future is committed to ending these kinds of tragedies.”

Some facts about the Inter-Parliamentary Union

The IPU was officially created on 30th June 1889 in Paris on the initiative of two parliamentarians and tireless campaigners for peace – William Randal Cremer from Great Britain and Frédéric Passy from France.

Cremer and Passy were among the eight IPU leaders who have won the Nobel Peace Prize.

IPU was also instrumental in setting up the Permanent Court of Arbitration in The Hague in 1899.

Its calls for an international institution linking governments helped lay the foundation for the creation of the League of Nations in 1919 and the United Nations in 1945.

What began as an association of individual parliamentarians in 1889 has since been transformed into a constantly growing organization of national parliaments, reflecting the global demand for democracy.

Its remit is safeguard peace and drive positive democratic change through political dialogue and concrete action. IPU has been at the vanguard of women’s political participation, both within the Organization and in its work to increase women’s representation in parliament.

A special publication has also been released to highlight the 125th anniversary of the IPU. 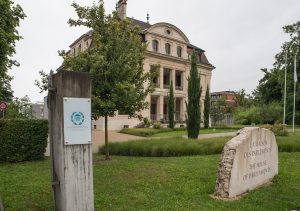 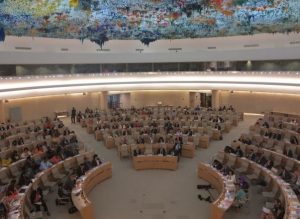 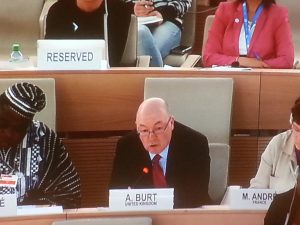