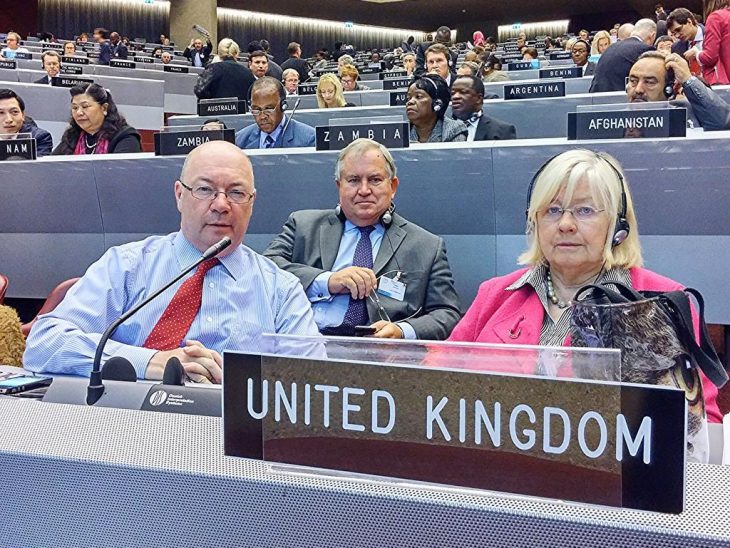 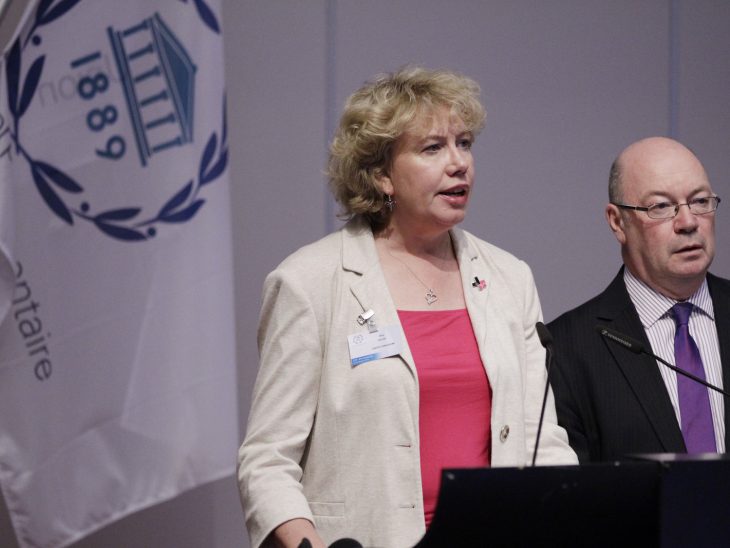 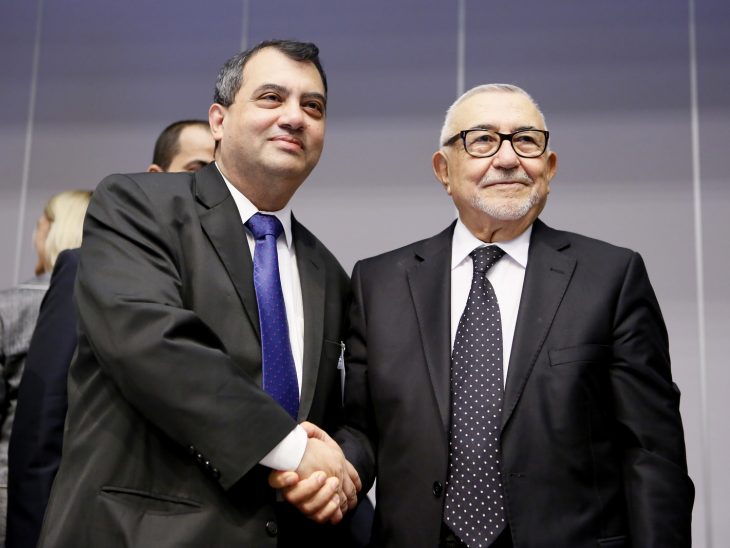 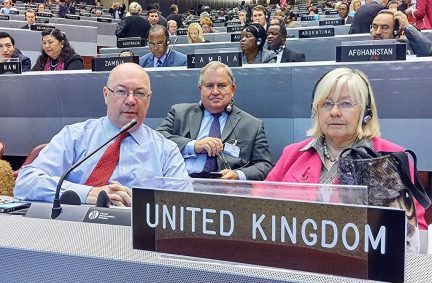 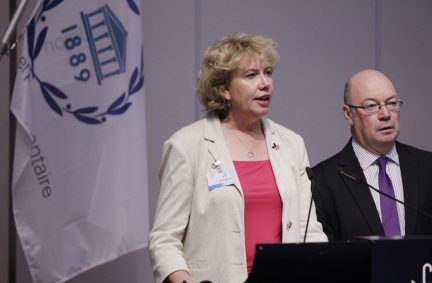 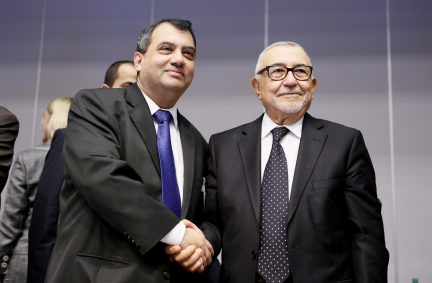 The 131st Inter-Parliamentary Union (IPU) Assembly was convened in Geneva from 12 to 16 October 2014 with over 1,500 participants including 725 parliamentarians from 144 parliaments, with 113 Speakers or Deputy Speakers and 234 women MPs. The IPU also welcomed the legislatures of Madagascar and Guinea returning to full membership, bringing total membership of the IPU to an all-time high of 166 of the world’s parliaments. Full details of the Assembly’s agenda and key documents are available on the IPU website and photos of the 131st Assembly can be seen here.

The UK Delegation, led by the BGIPU Chair, Rt Hon Alistair Burt MP, also included Rt Hon Ann Clwyd MP, Robert Walter MP, Meg Munn MP, Lord Chidgey, Lord Judd, Lord Morris and Lord Prescott. Chloe Smith MP also represented the UK Parliament at the First Global Conference of Young Parliamentarians and joined Meg Munn MP for the Meeting of Women Parliamentarians. In his capacity as IPU Vice-President, Robert Walter MP also participated in IPU Executive Committee deliberations throughout the course of the meeting, including a meeting of the IPU’s Sub-Committee on the Future IPU-UN Cooperation Agreement, and with the BGIPU Chair, represented the UK in meetings of the European and others geopolitical Twelve Plus Group.

The key theme of the General Debate at this Assembly was, “Achieving gender equality, ending violence against women” which provided an opportunity for the IPU’s membership to highlight the IPU’s longstanding work in this area as well as discuss key initiatives being taken in many parliaments to end all forms of gender-based violence. Acknowledging the important role to be played by men in these efforts, including through the “HeforShe” campaign, the UK delegation delivered a joint statement to the Assembly with Alistair Burt MP and Meg Munn MP speaking together in one presentation to underscore the collective resolve of all UK Parliamentarians, both men and women and across the political spectrum, to address such issues.

A key task for the IPU’s Governing Council in the course of this Assembly was the election of a new IPU President replacing the former Speaker of the Moroccan House of Representatives, Mr Abdelwahad Radi, who was ending his three years term. The candidates were Indonesian MP, Ms Nurhayati Ali Assegaf, Speaker of the Australian Parliament, Ms Bronwyn Bishop, Bangladesh MP and IPU First Committee Chair, Mr Saber Chowdhury and former Speaker of the Maldives Parliament, Mr Abdulla Shahid. In a Governing Council vote on 16 October, Mr Chowdhury was elected with an absolute majority in the second round of voting making him the IPU’s 28th President in its 125 years of operation.

Members of the UK delegation continued to play leading roles in support of key IPU bodies. Lord Judd, as President of the IPU Committee on Middle East Questions, chaired meetings of the group to explore ways in which the IPU could progress its efforts to ensure legislators in both countries take concrete action in support of Middle East peace efforts. The vote in the UK Parliament to recognise the state of Palestine was warmly welcomed by Palestinian participants in the course of the UK delegation’s exchanges with them. Ann Clwyd MP, as Vice-Chair of the Committee on the Human Rights of Parliamentarians, worked with committee colleagues on 31 cases involving 143 MPs in nine countries (Cameroon, Colombia, DR Congo, Israel, Malaysia, Oman, Palestine, Turkey and Zambia) and held 11 hearings in efforts to resolve such cases.

Other UK delegates were active participants in the core committee work of the IPU Assembly. Despite detailed negotiations, the IPU’s Standing Committee on Human Rights and Democracy was unable to conclude a resolution on “International law as it relates to national sovereignty, non-intervention in the internal affairs of States and human rights” and deliberations will continue at the 132nd Assembly in Hanoi in March 2015. The other three IPU Committees discussed a wide range of priority international issues including cyber warfare, global drug policy strategies, the role of corporations in international affairs, water governance, climate change and corporate investment in sustainable development (in joint session with the World Investment Forum attended by UK Peer, Lord Chidgey).

In an Emergency Item resolution selected by vote on the current Ebola crisis, IPU members called for governments and international donors to urgently mobilize increased financial, medical, and logistical assistance to Ebola-affected areas. Deploring the loss of life to Ebola and concerned by the high risk of the virus spreading globally, the resolution acknowledged that although many countries had already provided support, the international community had been slow and its response to the epidemic had been insufficient. IPU members appealed for a redoubling of the efforts to heighten public awareness on the disease and vigorously counter stigmatization.

The resolution also highlighted that longer-term solutions included parliaments enacting legislation to improve health systems and recommended plans be drawn up to help affected countries recover quickly from the negative effects of the Ebola crisis. The importance of the international community having plans for a rapid health response to cope with such crises, including the importance of public health in long-term development programmes, was also highlighted. For the UK delegation, Lord Chidgey made a contribution to the emergency item debate highlighting the UK’s contribution to the international response to date and expressing support for the resolution’s call for further urgent action through a concerted and coordinated global response.

The IPU Executive Committee, including UK member, Robert Walter MP, issued a statement expressing deep concern at the spread of terrorism in the world and condemning all forms of violence and terror and the political instability and destruction it created. The Executive Committee called upon parliamentarians, as opinion shapers, to play an active role in dispelling myths surrounding extremist ideologies that could trigger terrorist acts. Referring to IPU’s mandate to promote democracy, human rights, peace and international security, the statement deplored the formation and proliferation of terrorist groups and organizations and the disastrous consequences their actions were having on countries and entire regions.

In addition to the core multilateral work of the Assembly, the UK delegation also undertook a focussed programme of bilateral meetings with a number of parliamentary counterparts on issues of mutual concern. In the margins of the 131st Assembly, UK delegates met with parliamentary counterparts from Australia, Palestine, Belarus, Indonesia, Afghanistan, Russia, Kuwait, Lebanon and Japan in addition a range of other less formal exchanges with other participants on a wide range of bilateral and multilateral issues. Key themes including global peace and security issues, particularly the threat of terrorism and extremism, European security issues, human rights, trade and development matters, opportunities for inter-parliamentary cooperation as well as recent political developments in the UK and other countries.

Parallel to the IPU Assembly, UK parliamentary officials also participated in the meeting of the Association of Secretaries General of Parliaments, constituted as a consultative body of the IPU, which discussed working methods of different Parliaments, including efforts to achieve broader collaboration on international support for parliamentary strengthening.  This included through the new IPU Common Principles for Support to Parliament adopted by the IPU membership during the course of the 131st Assembly which will be launched when IPU members next meet for the 132nd Assembly in Hanoi, Vietnam in March 2015. 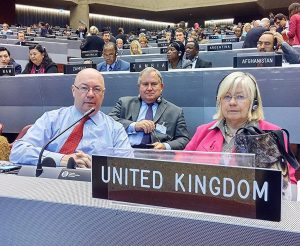 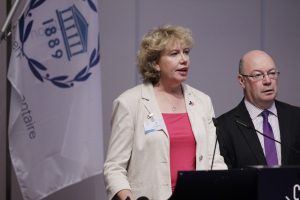 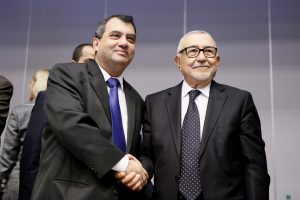