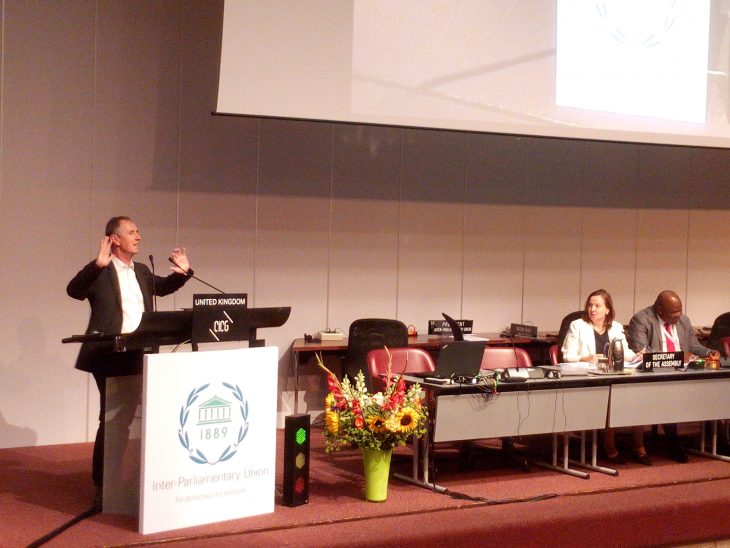 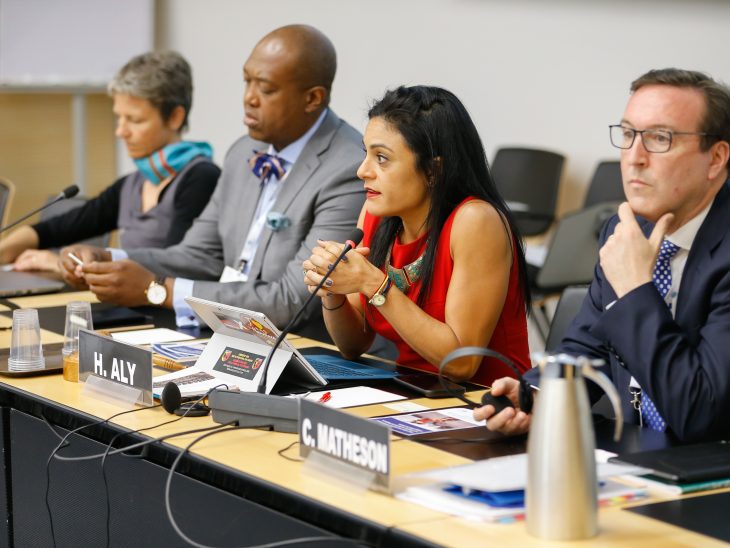 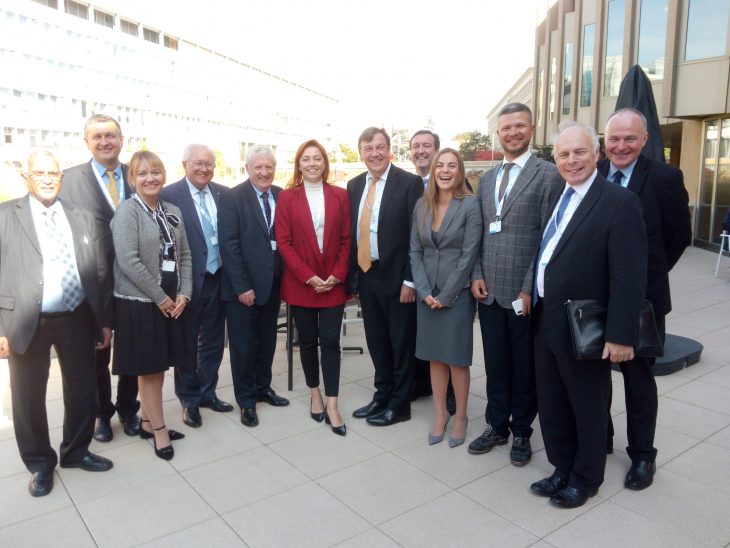 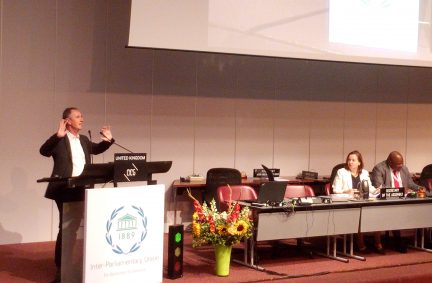 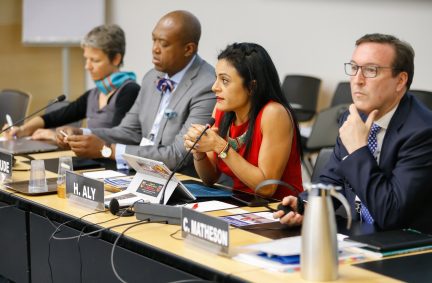 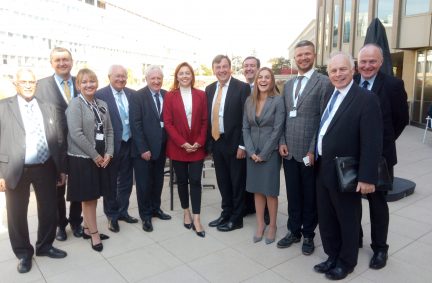 With catastrophic climate change threatening to hit many parts of the world in just over a decade, 149 national parliaments have adopted an emergency resolution calling for decisive action. Concluding the 139th Assembly of the Inter-Parliamentary Union (IPU), the resolution, called “Climate change – Let us not cross the line”, follows the report published last week by the UN Intergovernmental Panel on Climate Change (IPCC). According to the IPCC report, limiting global warming to 1.5°C requires urgent and unprecedented changes in all aspects of society.

The emergency resolution was adopted in the context of the Assembly’s umbrella theme of science, technology and innovation to bridge the widening gap between policy-making and science.
Gabriela Cuevas, IPU President, said “I believe that more than ever, the international community must center the majority of its efforts to attain the urgent transformation our world requires if we are to avert the environmental crisis foreseen by the UN and by the scientific community. Through the adoption of the emergency item on Climate Change, the IPU expresses its commitment to supporting national parliaments in the implementation of all relevant public policies, budgeting strategies and resource mobilization for the efficient and adequate adoption of the Paris Agreement. Time is of the essence for this situation; we call on all our parliamentarians to act now to preserve environmental balance.“

Martin Chungong, IPU Secretary General, said “Parliaments are instrumental in preventing the world from crossing the line of no return. This resolution is a call to action for MPs to translate the Paris Agreement into concrete national legislation and adequate budget allocations. The global parliamentary community owes it to the people it represents, especially the younger generations, to take action now.”

Led by a coalition of Small Island Developing States (SIDS), the IPU resolution urges all parliaments to spearhead national efforts to combat climate change. It calls for IPU member parliaments to support the implementation of the 2016 Paris Agreement, included mobilizing resources and simplifying procedures for accessing climate change funding. The resolution calls for all countries to work more closely with SIDS to meet ambitious targets to mitigate the worst effects of climate change.

SIDS face major and specific challenges in the next few years. MPs at the IPU Assembly presented various examples of climate change that are already affecting the lives of the people they represent. Villages are being relocated because of rising sea levels in Fiji and other small Pacific island states; scarcity of water and desertification are threatening the well-being and survival of many in Africa and the Middle East.

Special guest, Henk Rogers, Founder of the Blue Planet Foundation in Hawaii, spoke of the power of children to change the way we live by influencing their families and communities. He also emphasized the importance of strong partnerships. For example, Hawaii has passed legislation to encourage clean energy in partnership with electricity companies.

For many years, the IPU has been calling for legislative action on climate change and risk reduction. Since 2009, it has organized parliamentary meetings at each Global Conference of the Parties to the United Nations Convention on Climate Change (COPs) to increase the parliamentary contribution to global negotiations. With the adoption of this emergency resolution, the IPU will mobilize its member parliaments at the COP24 taking place in Krakow, Poland, later this year.

The 139th IPU Assembly brought together over 1500 delegates including 56 Speakers of Parliament, 52 Deputy Speakers, and over 750 MPs. Women MPs accounted for 33% of the total number of MPs in attendance, one of the highest percentages at an IPU Assembly. Young MPs under 45 made up 19% of the parliamentarians, the first time that the IPU is tracking this statistic.

For more information about the Assembly, go here.

The UK Delegation to the 139th IPU Assembly was led by BGIPU Chair, Nigel Evans MP and comprised Rt Hon John Whittingdale MP, Baroness Hooper, Rt Hon Lord Dholakia, Ian Liddell-Grainger MP, Chris Matheson MP, John Grogan MP and Douglas Chapman MP. In addition to many informal exchanges in the margins of the Assembly, the UK delegation had formal bilateral meetings with Argentina, Venezuela, DPRK, the Republic of Korea, Chile, Ukraine, Japan, Brazil and Ethiopia and a quadrilateral meetings on common interests in the IPU with the delegations of Australia, Canada and New Zealand.

In these meetings, UK MPs and Peers took the opportunity to register key British perspectives on a wide range of regional and global issues, including regarding the Brexit process, and raised issues of key interest including responses to the Salisbury nerve agent attack, the dire humanitarian situation cause by threats to parliamentary democracy in Venezuela (including lobbying with the Netherlands for an emergency item on the issue) and strongly backing Belgium and other 12 Plus members in ultimately unsuccessful efforts to assert the importance of the IPU being able to discuss discrimnation against LGBTI people (a deeply regretable decision by the IPU membership which the UK delegation remains committed to overturn).  Drawing on recent focus on the issue in the UK Parliament, former DCMS Committee member Chris Matheson MP and former DCMS Secretary of State John Whittingdale MP also participated in a lively panel discussion on fake news and disinformation. 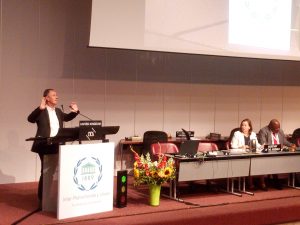 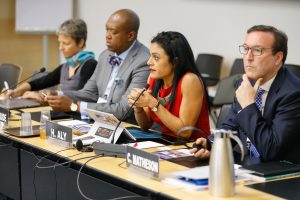 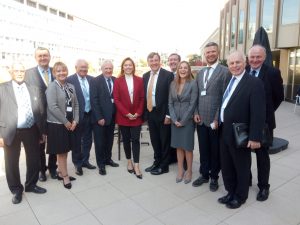