Home » Activity Reports » 2011 Session of the Parliamentary Conference on the WTO, Geneva 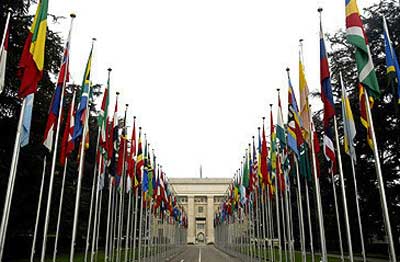 The conference was attended by Members of Parliament from over fifty different countries together with officials and observers from various international organisations.

The written conclusions of the conference and the Outcome Document have subsequently been circulated by the British Group of the IPU.

The purpose of the conference was threefold: to enhance the transparency of the WTO and hold it accountable to ‘legislators as elected representatives of the people’; to create a contact between the WTO and constituents at home; and to enable discussions between parliamentarians and WTO representatives, including Director-General Pascal Lamy and European Vice-President Stavros Lambrindis. Mr Lamy welcomed the fact that the conference took place under the roof of the WTO, noting that “this helps the democratic credentials of this organisation”.

The event was made up of four sessions each led by two platform speakers with subsequent questions and discussion from parliamentarians, followed by an interactive panel discussion and an address by the Director General, Pascal Lamy. Topics covered included: multilateral versus bilateral liberalisation; the links between trade liberalisation and sustainable development; the need for greater efforts at policy coherence among global governance bodies such as the WTO, the UN the ILO etc; and the prospects for the Doha Round.

As co-Chair of the British All-Party Group for Trade Out of Poverty, I was particularly interested in the Debate on ‘Rebalancing the rules of the multilateral trading system in favour of the poor’. I emphasised that although completion of the Doha Round is desirable, it would not itself be sufficient to meet all the needs of the poorest countries and there is a range of obstacles to LDCs’ participation in world trade which member states could start to tackle unilaterally without waiting for Doha to be completed.

I made five specific points:

First, the remaining high tariffs tend to fall on labour intensive goods which the poorest countries are most likely to export. Thus the tariffs charged by the US on imports from Bangladesh and Cambodia are six times the aid it gives those countries. Hence the importance of extending Tariff Free Quota Free access to all LDCs and Low Income Countries.

Second, that although the EU already does so under Everything But Arms, it undermines this by onerous Rules of Origin. As a result , the EBA arrangements had resulted in little growth in imports to the EU whereas the US ‘African Growth and Opportunities Act’, introduced at the same time, with very generous Rules of Origin, had led to a marked expansion of imports from Africa.

Third, that we need to abolish all export subsidies (like those on cotton) and whatever was agreed about domestic agricultural support in Doha we needed to examine our systems surgically to remove those subsidies which most impinged on imports from the poorest countries.

Fifth, the poorest countries would not be able to take advantage of the opportunities created by opening up markets unless they built up their capacity to trade. Yet the proportion of aid budgets going on infrastructure had declined by two-thirds over the last twenty years – a trend we need to reverse.

These concrete suggestions helped move the discussion away from the rather vague and abstract level which seems to characterise these international gatherings and provoked considerable interest among the assembled representatives and WTO officials.

The outcome of the conference was a unanimous agreement among parliamentarians that there was a need for an effective parliamentary dimension to the WTO; that we must reach a conclusion of the Doha round of trade talks, a point reaffirmed by Mr Lamy; and finally that we need to change gear and step up momentum to bring the Doha negotiations to a close by the end of the year.

I was pleased to see that there was agreement that developed countries must provide duty-free, quota-free market access on a lasting basis for all products originating from LDCs. There was also agreement that a universal, rules-based, non-discriminatory and open multilateral trading system should be upheld. 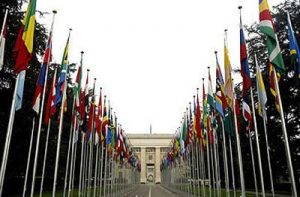