Home » Activity Reports » 2022 Democracy Day: How to mitigate these five threats to democracy

2022 Democracy Day: How to mitigate these five threats to democracy 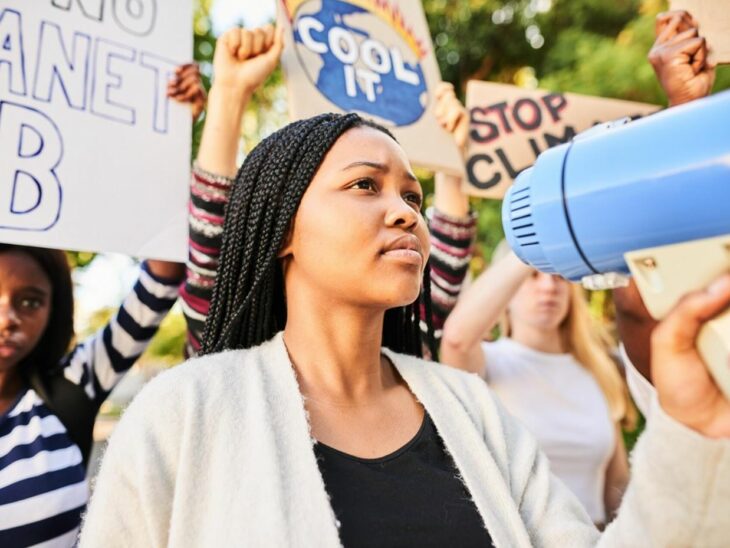 Democracy is as precarious as it is precious. Some 25 years after the IPU issued its Universal Declaration on Democracy, its principles continue to be challenged and eroded by corruption, populism and autocracy.

Democratization is under pressure across the globe. Here are five major threats to democracy, and how to mitigate them.

Democracy is as precarious as it is precious. Some 25 years after the IPU issued its Universal Declaration on Democracy, its principles continue to be challenged and eroded by corruption, populism and autocracy. But there are other, more insidious threats to democracy that have become more apparent at this particular moment in world history.

The IPU has identified five critical challenges to democracy, as well as examples from the global parliamentary community to mitigate them.

The first major threat to democratization is a lack of engagement with political decision-making. Democracy is weakened when citizens cannot get involved with governance and therefore do not feel represented by leaders or their policies. Fortunately, the IPU Global Parliamentary Report identifies five key ways to boost democratic engagement: information, education, communication, consultation and participation.

The Parliament of Zambia, for example, has run a number of question-and-answer radio programmes since 2009 to engage efficiently with community members. And MPs in Denmark take part in an annual three-week programme that educates high school students on democracy and culminates in an election broadcast on national TV. In any case, ensuring that parliaments are listening as well as broadcasting is the key to promoting healthy engagement.

When technology is used to disseminate fake news and drive polarization, the effects are felt across party lines and political divides. In 2020, over a quarter of the parliaments the IPU surveyed indicated that disinformation and the manipulation of public opinion were barriers to effective communication and corrosive to democracy.

But technology can also be used by parliaments to take positive action, especially in trying circumstances. For example, the Latvian Saeima developed a virtual plenary system in response to the COVID-19 pandemic that allowed it, and each of its 100 MPs, to operate on an entirely remote and fully secure basis, showcasing the efficacy of a holistic digital strategy.

3. Lack of youth in politics

50% of the world’s population is under 30 years old, but just 2.6% of MPs are in this age bracket. There is a staggering gap in the representation of young people in politics, making this a key issue for the progression of democratization: future leaders need to see themselves participating in the governance process now.

Decreasing the age of eligibility for office is a tangible way to action this, as Türkiye did in 2017 by allowing anyone aged 18 or over to run in elections. So too is the reservation of seats for young people – an approach implemented in Kenya, Morocco, Rwanda and Uganda. This mechanism is a crucial part of the electoral process and is enshrined in these countries’ constitutions.

The majority of the world’s parliamentarians are male. The IPU has been tracking the number of female MPs for decades. Currently, women account for 26.4% of parliamentary seats worldwide. The IPU has recorded incremental gains every year. However, the most recent Women in Parliament report from the IPU shows that these figures are starting to stagnate. There is much more to be done to ensure the global parliamentary community reaches gender parity.

Well-designed quotas continue to be the driving force in promoting female representation, as evidenced for example when Mexico introduced party quotas for women candidates in 2003. The level was initially set at 30% of candidates, increasing to 40% in 2009. In 2014, Mexico started introducing policies and laws that focus not only on ensuring a minimum number of women in parliament, but also on creating a more level playing field. Today, the Mexican parliament has perfect gender parity, with 50% of MPs being women.

Climate change is an existential threat to humanity, with far-reaching and devastating impacts on every aspect of our lives. It is exacerbating inequality, increasing poverty and food scarcity, displacing populations and exacting a direct toll on countries’ democratic aims. Strong responses to the climate crisis require strong democratic processes.

There are many examples of parliaments leading the way when it comes to climate change laws in areas including energy, transport, land use and climate resilience.

There are currently 2807 climate-related laws and policies, a number that continues to grow, in the database Climate Change Laws of the World. This list is based on more than a decade of data collection by the Grantham Research Institute at the London School of Economics and the Sabin Center at Columbia Law School, in collaboration with the IPU.

There are numerous threats to the progress of democratization, but there are also myriad ways in which parliamentarians can mitigate them. Promoting engagement, accelerating digitization, strengthening youth inclusion, pursuing gender parity and addressing the climate crisis are all necessary goals.

The IPU has a rich portfolio of resources to support MPs in their efforts to encourage democracy in their national contexts. Parliamentary action today can help to strengthen democracy around the world and reverse the negative trend for the future. 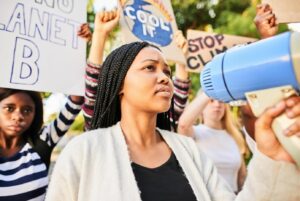 Democracy is as precarious as it is precious. Some 25 years after the IPU issued its Universal Declaration on Democracy, its principles continue to be challenged and eroded by corruption, populism and autocracy.