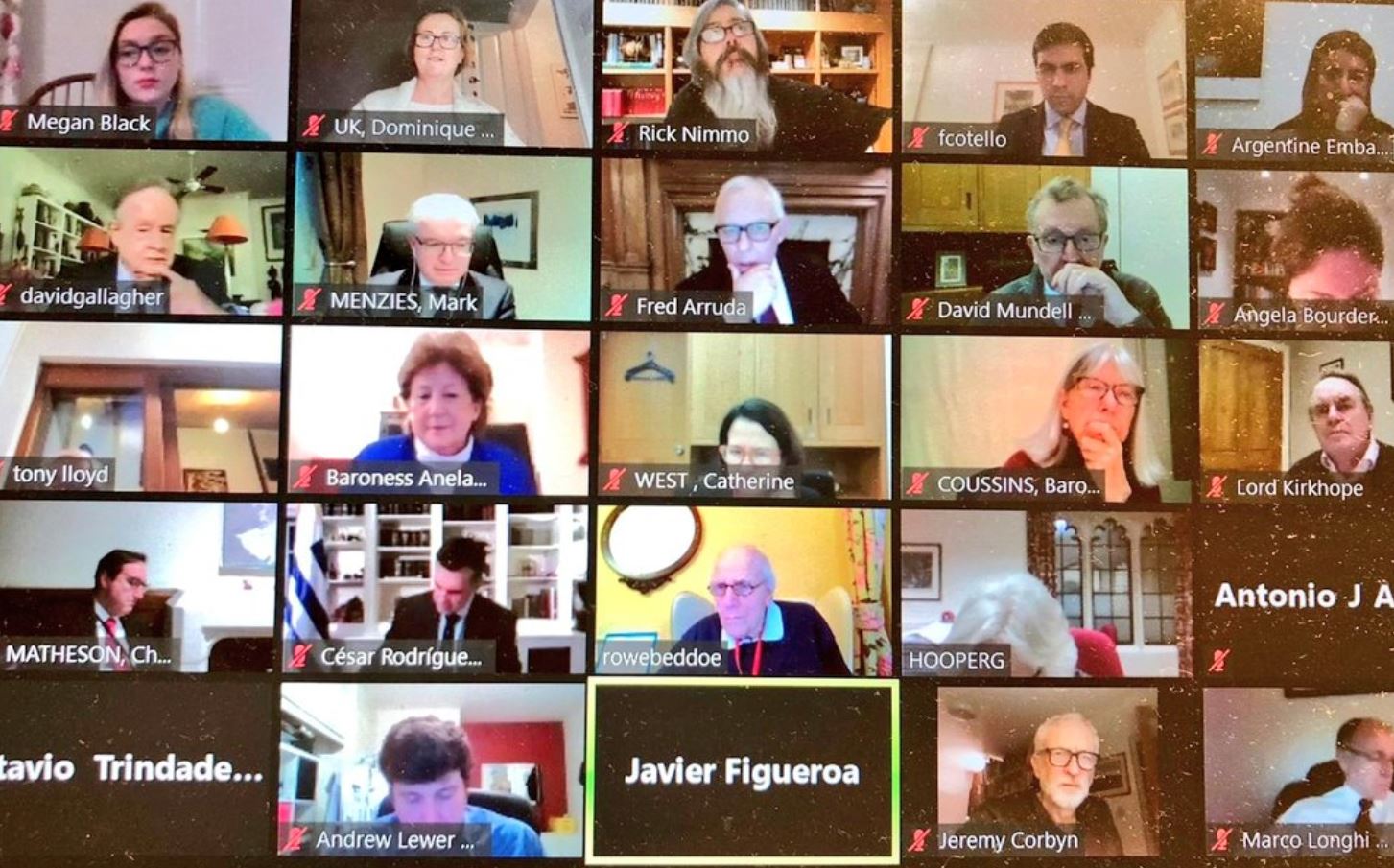 BGIPU hosted a virtual Latin America Roundtable which provided a great opportunity for UK Parliamentarians to hear first-hand accounts of political, social and economic developments in the region.

The meeting was a great opportunity for UK Parliamentarians to hear first-hand accounts of political, social and economic developments in the region. Ambassadors provided updates on the effects of and fight against Covid-19 and detailed the progress of their countries’ vaccination rollout programmes. Each Ambassador emphasised the importance of a resilient recovery which redistributes wealth and invests in a greener economy. HE Antonio Jose Ardila explained the four pillars of Colombia’s recovery plan which includes the creation of 1 million jobs and a commitment to transform land titling for farmers. HE David Gallagher echoed this idea of the post pandemic recovery being an opportunity for improvement. As well as Chile’s commitment to build back fairly and sustainably from the pandemic, the election of a Constitutional Convention in April marks a moment of hope and renewal for the country.

Climate change and COP26 ambitions were also discussed. Ambassadors expressed determination for this year’s negotiations to be a success and a willingness to support the UK in its presidency. Speakers detailed their ambitious NDCs, with Uruguay committing to be carbon neutral by 2030. Furthermore, South America’s great capacity to produce renewable energy and biofuel was recognised. As was the importance of sharing expertise and resources in order to decarbonise our countries.

The importance of continued trade cooperation was spoken about at length, with Ambassadors noting that while relations are good there is room for improvement. The UK leaving the EU combined with some South American countries liberalising their trade regulations provides a window of opportunity for increased cooperation. Ambassadors were enthusiastic about a trade deal being struck between the UK and MERCOSUR, for which Argentina currently holds the presidency. Such a deal would provide opportunities in agriculture, renewable energy, natural gas, and financial and professional services.

The meeting was very useful, with productive engagement between Ambassadors and Members of Parliament, and a clear acknowledgement of the importance of maintaining valuable relationships between Parliamentarians and the diplomatic community. BGIPU would like to thank the London Embassies for their assistance in coordinating the event and for the Ambassadors’ informative presentations.

BGIPU hosted a virtual Latin America Roundtable which provided a great opportunity for UK Parliamentarians to hear first-hand accounts of political, social and economic developments in the region.