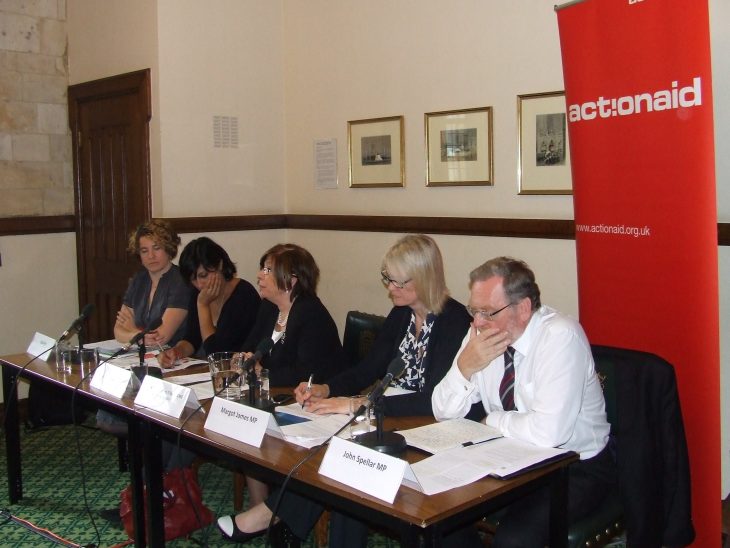 The BGIPU, in cooperation with leading NGO ActionAid, co-hosted a lunchtime lecture on Women’s Rights in Afghanistan chaired by Anushka Asthana of the The Times  on 3 July 2012 in the IPU Room off Westminster Hall in the Palace of Westminster.

The BGIPU has a key objective to strengthen representative parliamentary democracy across the world. We pay particular attention to emerging democracies like Afghanistan, particularly given the additional challenges facing conflict-affected and post-conflict countries.

ActionAid began operating in Afghanistan in 2002, joining the international effort to help people affected by war, drought and poverty. Recent progress towards political and economic stability has been made in Afghanistan, but the country remains extremely poor. Afghanistan’s recent history has seen oppressive leadership, war and natural disasters adding to the problems of an already hugely impoverished country. The Taliban regime was especially harsh for women, robbing them of the little freedom they had. Since 2002, ActionAid has been working to help Afghan women overcome the hardships they face.

The Lord Speaker, Baroness D’Souza CMG, opened the event by highlighting the vital importance of addressing the needs of women in Afghanistan, particularly ensuring equitable access to education, encouraging political and economic empowerment and protecting women and girls from violence. She said much progress had been made and while there was some cause for cautious optimism the international community needed to maintain a focus on the needs of Afghan women and continue to mount effective campaigns to support their cause.

Lucia Fry, ActionAid Head of Policy, said while there have been real improvements in Afghan women’s rights since 2001; these are now in extreme jeopardy, and under threat. The 2nd International Tokyo Conference on the future of Afghanistan on 8 July was a prime opportunity to prioritise tackling violence against women and girls for the future of this fragile nation. The conference would see significant new aid pledges to Afghanistan from the world’s biggest donors. ActionAid believes that specific funding must be allocated to protect and extend women’s rights and estimates that at least $90 million over five years is needed to tackle violence against women and girls in Afghanistan, almost three times the amount currently on the table as highlighted in the findings of a new report just released by ActionAid.

John Spellar MP outlined the security challenges facing Afghanistan in the lead-up to withdrawal of international military assistance and the important role that women must play in any post-conflict plans for Afghanistan. He highlighted that in addressing the challenges for women in Afghanistan, we are also presented with an important opportunity to act in support of the UK’s national obligations under UN Security Council resolution 1325 on women, peace and security.

Q12. [114979] Margot James (Stourbridge) (Con): I welcome the Government’s commitment to women and girls at the heart of their development policy. As this weekend’s Tokyo conference on the future of Afghanistan approaches, will the Prime Minister consider making aid to Afghanistan conditional on the protection of the hard-won rights of women and girls, which, as he knows, are under attack?

The Prime Minister: My hon. Friend makes a very important point. Whereas in 2001 fewer than 1 million children—and, of course, no girls—were attending school in Afghanistan, today 6 million children regularly attend school and 2 million of them are girls. I will reflect carefully on what she says about our aid programme and discuss it with the Secretary of State. It is important that we attach conditions and have real transparency and proper results from our aid. I think that is the only way we can take people with us as we continue to expand our aid budget at a time of economic difficulty at home. My hon. Friend is absolutely right to raise this issue because if we want a stable and prosperous as well as a safe Afghanistan, we need an Afghanistan where the role of women is properly respected.

In Q&A following the presentations, participants highlighted the need for the international community to allocate significant assistance to protect the progress made for women’s rights in Afghanistan over the last decade, noting that without specifically dedicated aid, the rights of women and girls were at risk and the threat of violence would remain a significant impediment to all our hopes for a peaceful and prosperous future for Afghanistan. The opportunity provided by the 2nd International Tokyo Conference to galvanize support for this initiative were recognised and many participating MPs undertook to ensure this message was conveyed to DFID, including the departing UK delegation to the Conference.

This was the second in a series of BGIPU-sponsored lunchtime lectures that give parliamentarians and others an opportunity to debate topical foreign policy issues which are central to the priority countries and topics being pursued through BGIPU’s core parliamentary outreach activities. 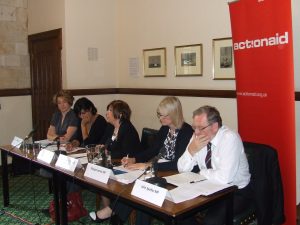