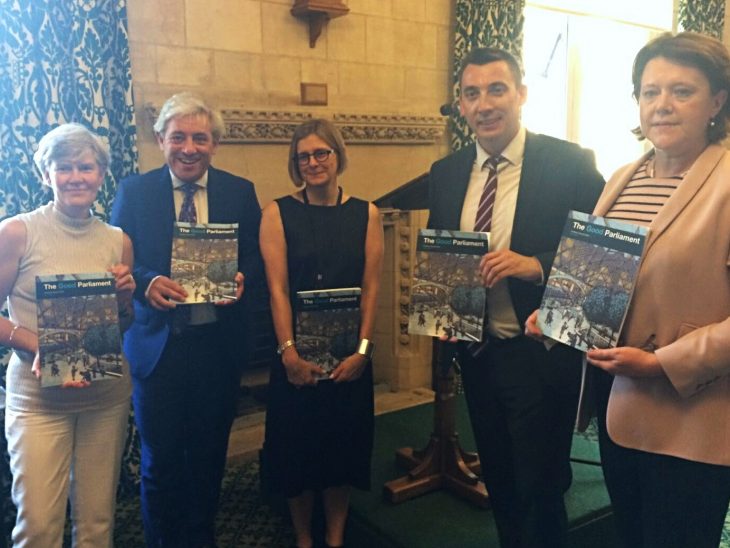 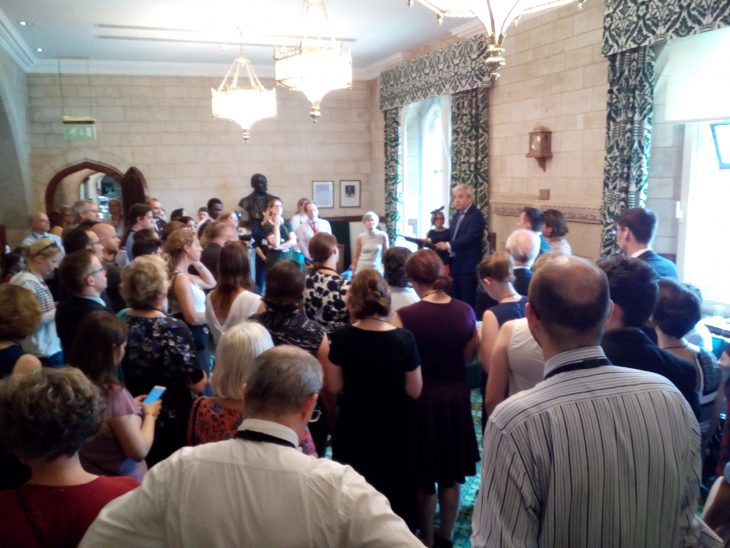 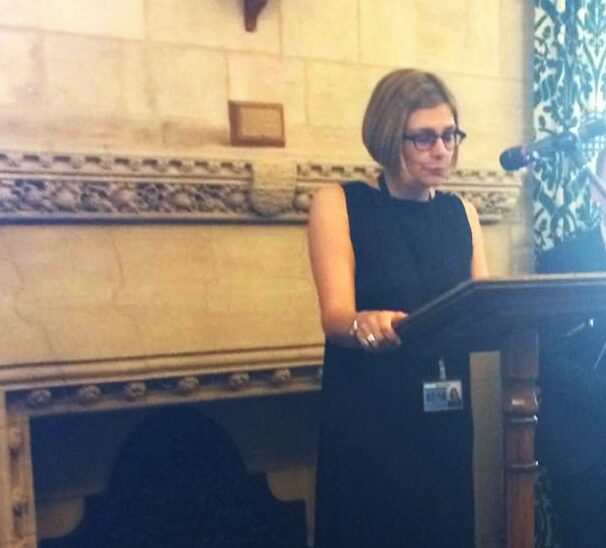 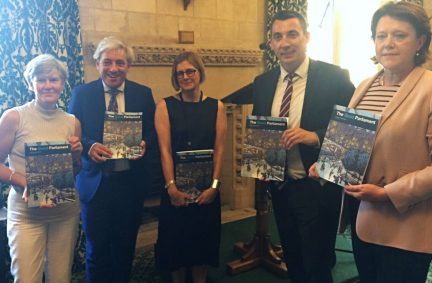 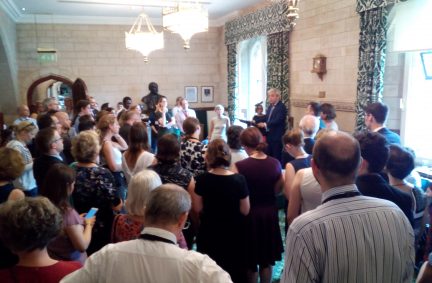 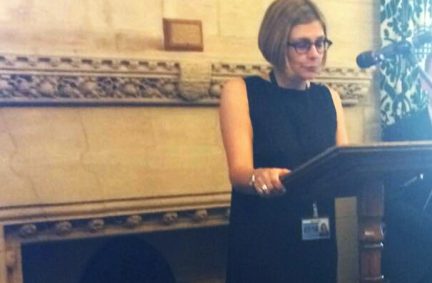 While Britain welcomes its second female Prime Minister, a new report by a University of Bristol academic has found Westminster remains disproportionately white, male, and elite. The Good Parliament report launched in Parliament on 20 July 2016 by Professor Sarah Childs, shows Parliament’s working practices still reflect the traditions and preferences of those who historically populated it.

The report sets out a clear and comprehensive reform agenda. It concludes it is time for Parliament to accept an institutional responsibility to become more representative and inclusive. It makes 43 recommendations, which aim to transform who sits in the House of Commons, significantly enhance MPs’ effectiveness, improve the quality of parliamentary outcomes, and ultimately raise the public’s regard for the House of Commons.

Professor Childs, from the School of Sociology, Politics and International Studies, was seconded to the House of Commons in September 2015 to work on the report, at the request of the Speaker, the Rt Hon John Bercow MP.

Professor Childs said: “As we welcome the second female prime minister, we must not forget that Parliament itself remains far from diverse and inclusive. Change will not happen on its own. Parliament needs to accept its responsibility to ensure a diverse composition of MPs and that present members are able to equally participate. Established ways of working need to be questioned.”

The Speaker has set up a new group of MPs – ‘The Commons Reference Group on Representation and Inclusion’ – to lead the reform agenda. It comprises a small number of MPs, male and female, nominated by the parties. Formally chaired by the Speaker, it will meet after the summer recess and will draw up a programme of action for the rest of the Parliament.

Mr Bercow said: “I am delighted to launch Sarah’s report, which is the result of a great deal of work and extensive consultation with Members and staff. Not everyone will agree with every recommendation or suggested outcome, which is a condition of an independent report, but I am confident that my colleagues on the Commons Reference Group will scrutinise its contents very closely, with a view to taking on board a good number of its suggestions.”

Each of the 43 recommendations is attached to a named, responsible decision-maker, so Parliament and individual members are held to account. The recommendations focus on three elements:

•Equality of participation. The report asks how a diverse group of MPs might be selected for, and elected to, Parliament and how, once present they could be most effective in representing their constituents’ interests, scrutinising laws and holding the government to account. Specific recommendations are made to the new Reference Group, the Secretary of State for Women and Equalities, the House of Commons Commission, the Women and Equalities Committee, and the political parties.

•Parliamentary Infrastructure. This covers everything from the buildings and furniture of Parliament to the official rules and working practices. Recommendations are made to the Speaker, the House of Commons Commission, the Leader of the House, the Liaison Committee, and IPSA.

•Commons Culture. This dimension looks beyond the formal rules to examine Parliamentary culture and its effect on diversity. Recommendations are aimed at the Speaker of the House, The House of Commons Commission, the Women in Parliament All-Party Parliamentary Group (APPG), and the Works of Art Committee.

MPs and academics have lent their support to the report. Tom Brake MP, Liberal Democrat spokesperson for Foreign Affairs, said: “With the creation of the Commons Reference Group on Representation and Inclusion, the political establishment is presented with a real challenge – do we want to ensure Parliament is representative of the UK as a whole or not? And if we do, are we willing to implement the measures necessary to make it happen?”

Dr Meryl Kenny, Lecturer in Gender and Politics at University of Edinburgh, said: “Women are still only 29.4 per cent of the House of Commons, which is simply not good enough. The Good Parliament Report provides a landmark and much-needed call for change, setting out a comprehensive plan of practical reforms that will fundamentally transform the membership, infrastructure and culture of the House of Commons. The House can – and must – deliver on this new vision of a ‘Good Parliament’ – one that is modern, representative, accountable and effective. The time is now.”

Melanie Onn, MP for Great Grimsby said: “It is obvious to even the casual observer that Parliament needs to commit to change if it wants to be fit for modern purpose.  “Parliament is still unrepresentative of the British public, clinging on to antiquated traditions and a reluctance to progress. This makes it less appealing as a place to work and causes people to view it as remote and opaque.  “I hope Professor Childs’ report will spark the changes we need to see in Westminster.”

Dr Eilidh Whiteford MP, Shadow Group Leader on Social Justice, said: “This report makes a really important contribution to the debate about how we make parliament more representative of those it serves, and how we might work towards better gender balance in our democratic institutions. It deserves to be widely read.”

The work to produce this report was funded by the University of Bristol and the Economic and Social Research Council (ESRC).

In the report, Professor Childs acknowledges the contribution of BGIPU and the IPU in Geneva, and especially Emily Davies, Kareen Jabre, and Rick Nimmo for hosting and contributing to the International Conference on Gender Sensitive Parliaments held at Westminster in November 2015 and providing other support to the report, including hosting the launch in the IPU Room of the UK Parliament. 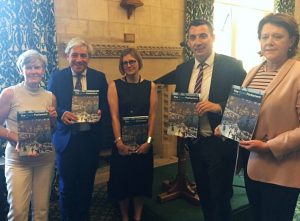 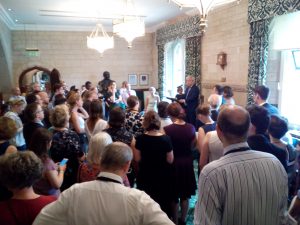 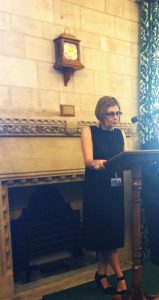