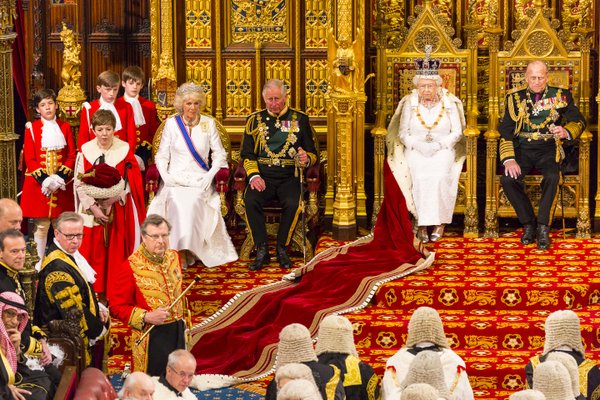 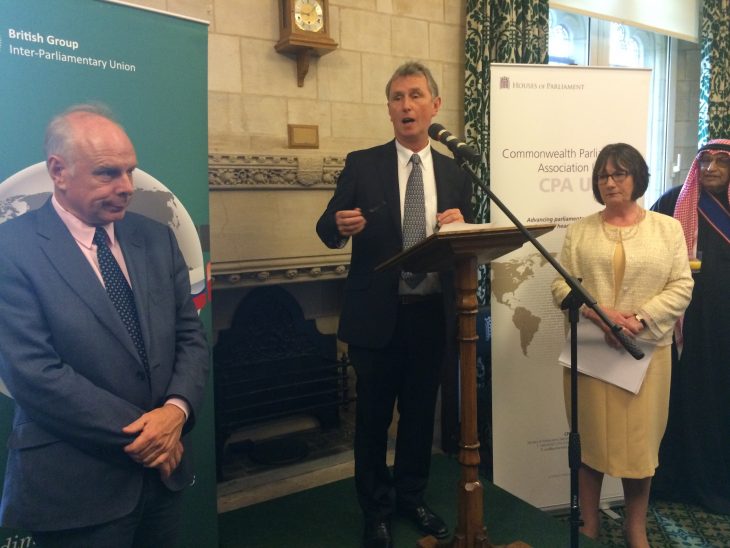 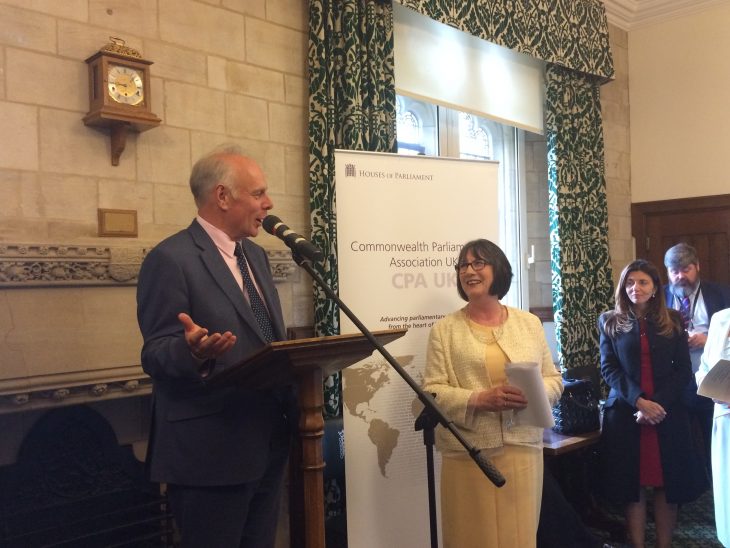 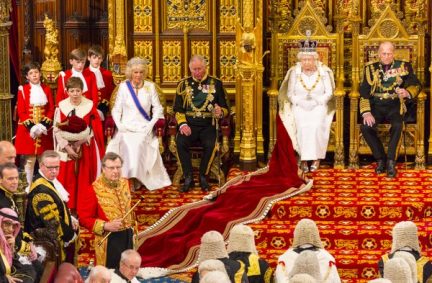 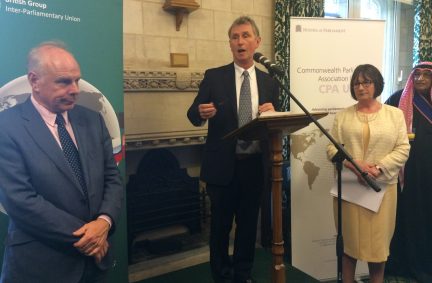 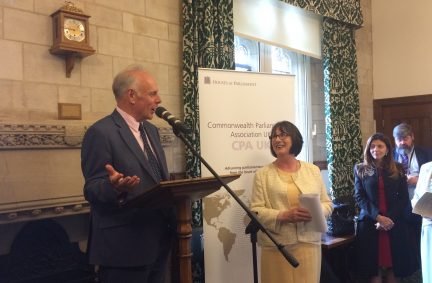 In partnership with the Commonwealth Parliamentary Association UK Branch (CPA UK), BGIPU hosted its annual diplomatic reception on the occaision of the State Opening of Parliament on 18 May 2016.  Speaking alongside his CPA UK counterpart (and IPU Vice-President), Ian Liddell-Grainger MP, the BGIPU Chair, Nigel Evans MP, took the opportunity to express gratitude for the support of the diplomatic corps for the work of UK inter-parliamentary bodies, particularly in facilitating arrangements for bilateral inward and outward delegations and preparing UK delegations for IPU Assemblies and CPA conferences abroad.

The Chairs also noted the key role played by the close partnership both groups enjoy with the FCO, represented at the event by Pauline Latham MP, the PPS for the Minister of State for FCO Affairs, Rt Hon Hugo Swire MP. Speaking on behalf of the Minister, Ms Latham MP highlighted the importance of inter-parliamentary exchanges as complementary to the work of the FCO in promoting UK interests internationally and in ensuring foreign parliamentarians gained key insights on UK perspectives through engagement with UK counterparts.  She also welcomed the recent appointment of the new Secretary-General of the CPA, Mr Akbar Khan (who was also present), and wished him great success in leading such a vitally important international institution.

The State Opening of Parliament marks the formal start of the parliamentary year and the Queen’s Speech sets out the government’s agenda for the coming session, outlining proposed policies and legislation. It is the only regular occasion when the three constituent parts of Parliament – the Sovereign, the House of Lords and the House of Commons – meet.  Many members of the diplomatic corps attend the State Opening underscoring the international role played by the United Kingdom and providing an annual event for UK inter-parliamentary bodies to acknowledge and recognise the important contributions the Court of St James makes to the international relations work of the UK Parliament. 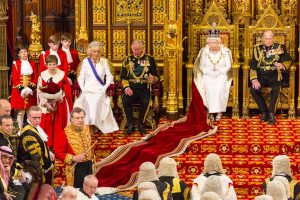 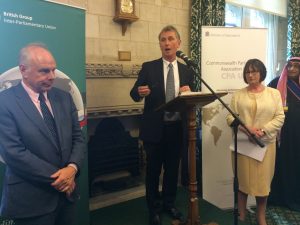 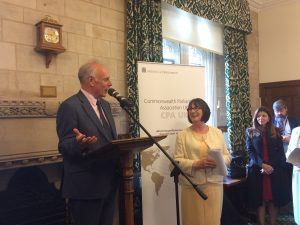