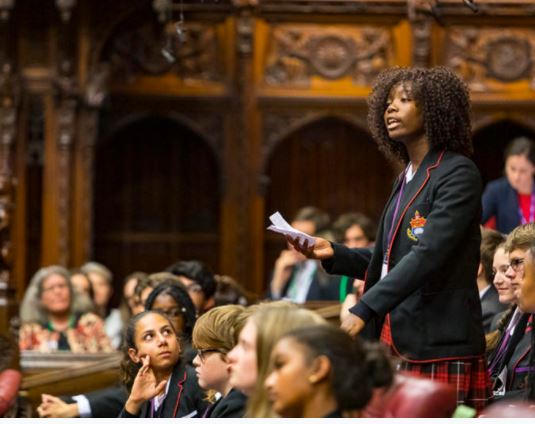 Twenty-five years after the Beijing Declaration to advance women’s rights, young women are still one of the most under-represented groups in political leadership positions.

IPU figures show that only 2.2 per cent of MPs worldwide are under 30, of which women only make up a small proportion.

On 18 November 2020, the IPU and the Office of the United Nations Secretary-General’s Envoy on Youth brought together leading parliamentarians and actors in an online event Young Women’s Political Participation and Leadership

The event was designed to encourage young women’s political participation through understanding their challenges, sharing their experiences and identifying solutions to common challenges.

Jayathma Wickramanayake, the United Nations Secretary-General’s Envoy on Youth, was critical of the slow progress seen over the past 25 years. At the current rate, she said, it will take 100 years to reach gender equality in politics. Women, especially young women, continue to be hindered by gender stereotypes and biases against them.

Speaking about the perceptions she herself had held of women in positions of power, the Envoy on Youth added, “As a young girl growing up in Sri Lanka, I grew up thinking it was impossible for a woman to be elected to office unless her husband, father or brother was a prominent politician.” She said that girls must realize that they can run for office in their own right. “Politics isn’t just for old men but for all of us.”

“Redressing young women’s under-representation calls for political will and commitment, strong policy measures and multi-stakeholder support and partnerships,” said IPU Secretary General Martin Chungong. “We should not let 2020 be the year of a global pandemic only but make it the year of a shift towards full implementation of the Beijing Declaration and Platform for Action with and for young women.” He emphasized that parliaments, as representatives of the people, should lead the way.

Common threads running through the discussion included the importance of mentoring young women, fostering their confidence to aim for political leadership positions and putting in place targeted policy solutions.

Young women running for office face several unique barriers. Funding is one of them: campaigning can be expensive and a lack of funding for young women is a significant barrier for young women to compete for elected seats. Political parties are sometimes reluctant to support young women because of the perception that they will not be able to win.

Violence, sexual harassment and bullying are other major challenges faced disproportionately by women MPs, particularly young women MPs. Participants spoke about sexism and a common focus by male colleagues and the media on appearance and gender stereotypes such as having or raising children, rather than on policy. These challenges are often exacerbated by social media.

Participants proposed solutions to overcoming these barriers and increasing the number of young women in politics. These include aligning the minimum age to run for office with the voting age, setting up funds for young women’s participation, ensuring more young women are recruited in leadership positions in public service, introducing quotas to reach gender equality, and making parliaments and political parties into gender-sensitive institutions.

A formal call-to-action from the meeting will be issued in the coming weeks.

In 2017, the UN Secretary-General appointed Jayathma Wickramanayake of Sri Lanka as his Special Envoy on Youth and as the youngest senior official in the history of the organization.

Ms. Wickramanayake’s mandate is to harmonize the UN system efforts on youth development, enhance the UN response to youth needs, advocate for the development needs and rights of young people, as well as to bring the work of the United Nations on youth closer to them. The Envoy on Youth also acts as the advisor to and the representative of the Secretary-General on youth related matters. 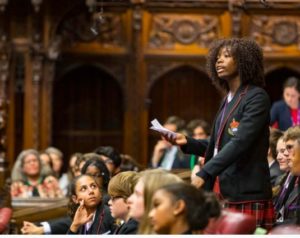