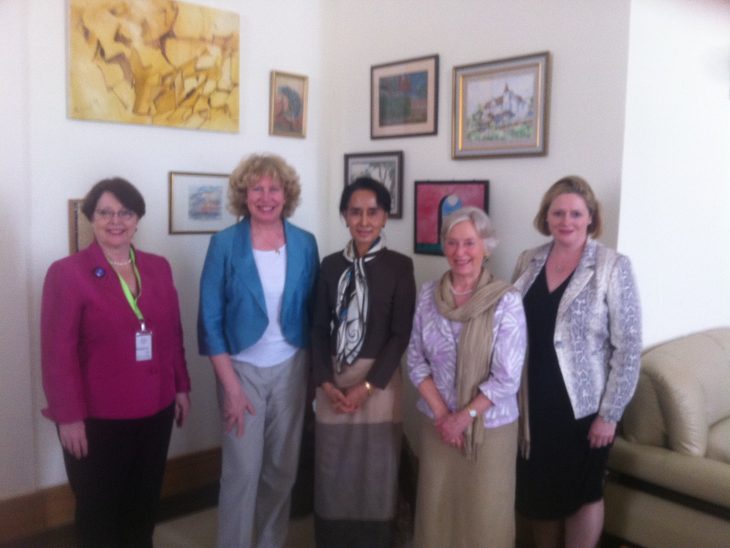 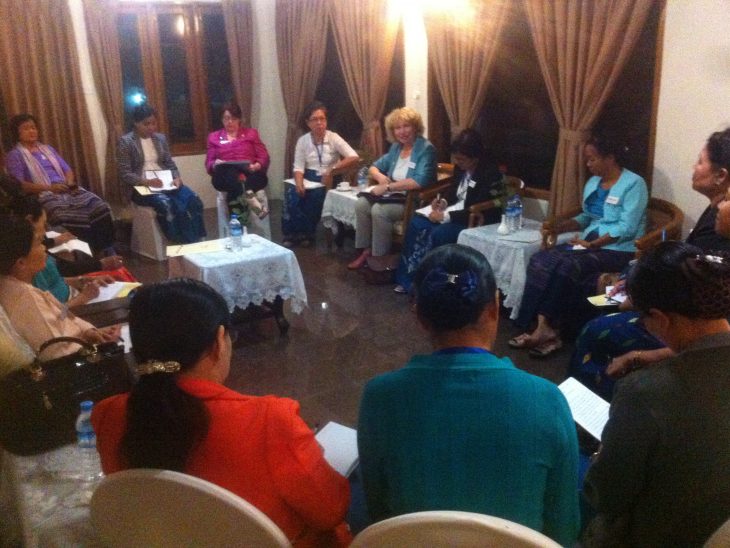 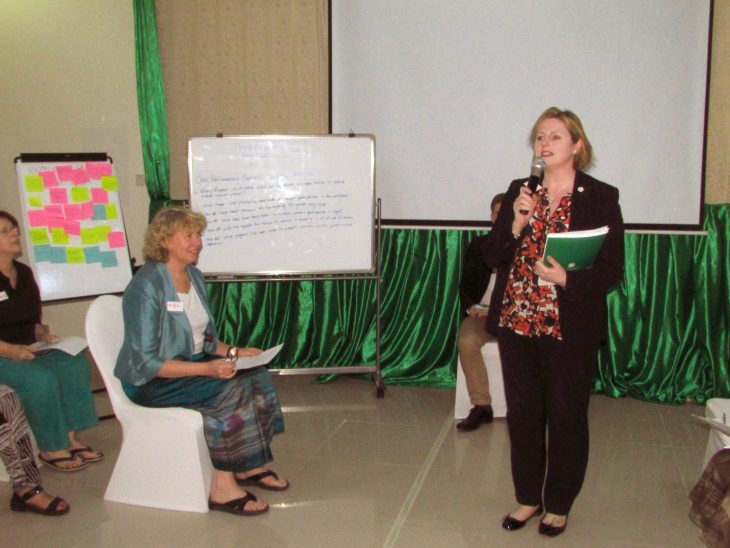 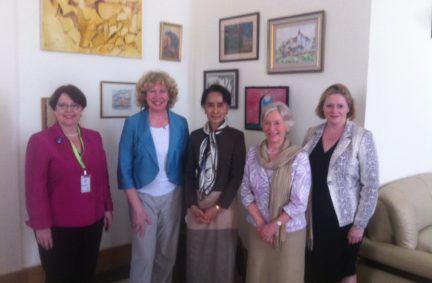 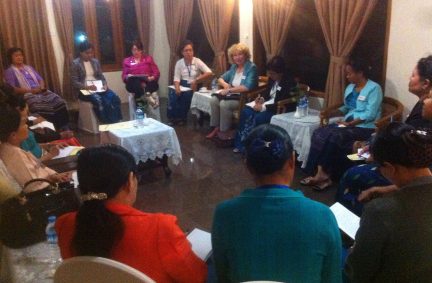 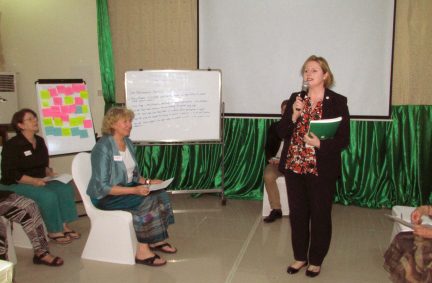 We were honoured to meet Aung San Suu Kyi who had requested support for the development of the Burmese parliament. She outlined her hopes for the future, but was clearly concerned that Western governments were too quick to congratulate the current Burmese government on reform. In reality only slow progress is being made. With the election later this year Aung San Suu Kyi emphasised the importance for her party, the National League for Democracy, of having good competent candidates of both genders.

We had planned three full days of workshops but this changed as MPs had to attend longer plenary sessions of parliament than anticipated at short notice. We were, however, able to run a number of sessions that were well attended by 16 of the parliament’s 28 female MPs and 16 female staff members.

Our first session focused on identifying activities in our parliaments under the headings “representation”, “oversight” and “legislation”. It highlighted that the MPs have a good understanding of representation. However they have to remain in Naypidaw for many weeks and rely on their parties and locally elected members to keep them in touch. Legislative processes are well defined but as bills pass through parliament quickly there is little time to properly scrutinise them and oversight activities are limited.

We put on a short role play of question time showing how in the UK we can press ministers on their activities. It demonstrated the use of short questions and short answers with supplementary questions. In Burma their procedure is 3 minutes for a question and 3 minutes for an answer. This means fewer questions in a session and no way to follow up an answer. We also led short sessions on contact with the media, public speaking, increasing women’s participation and ethics in politics.

Committees don’t undertake inquiries so this idea was entirely new to the Burmese. We arranged for all the administrative staff to take part in a committee hearing role play, four witnesses answering questions on a law currently before parliament. When the Director General playing the committee chair told a witness that a 20,000 petition wasn’t evidence of good reason for a law the whole room collapsed laughing. A great way to begin to understand the process that committees in the UK go through.

We were joined by Sherrill Whittington, an independent consultant, and Sanda Thant from United Nations Development Programme, who led a session on women, peace and security. Burma has still to put together an action plan to implement United Nations Security Resolution 1325 on this issue. The session ended with a number of women MPs agreeing to work on it.

Feedback was overwhelmingly positive – MPs commented on the differences between the countries remarking there is greater transparency in the UK. There is clearly interest from both MPs and staff about doing more work, particularly activities that allow them to take an active role and learn by doing. The staff were very appreciative of being included and particularly enjoyed the practical exercises. They were also conscious of the need to develop handbooks that will support MPs in their work.

In addition, during our visit we were able to meet representatives of women’s organisations in Yangon. The British Council representative briefed us on their work developing social enterprises, and we visited some of their projects including a health clinic, community centre and library.

Oliver Bennett, a House of Commons library specialist, has been on secondment with the Burmese parliament for several months. Wearing local dress Oliver showed us round the parliament – a huge site. We met many staff who have benefitted from his advice and guidance as the research services are developed. His support was essential in the development of our workshops.

We couldn’t have achieved so much without the excellent support of British Embassy staff, in particular Wayne Ives and Nyi Soe and Willy the bus driver, our brilliant translator K Z (pronounced KayZee) and BGIPU staff member Sophia Ostler. A worthwhile visit showing an enthusiasm for more such activities. 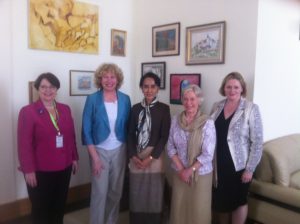 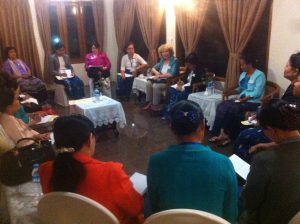