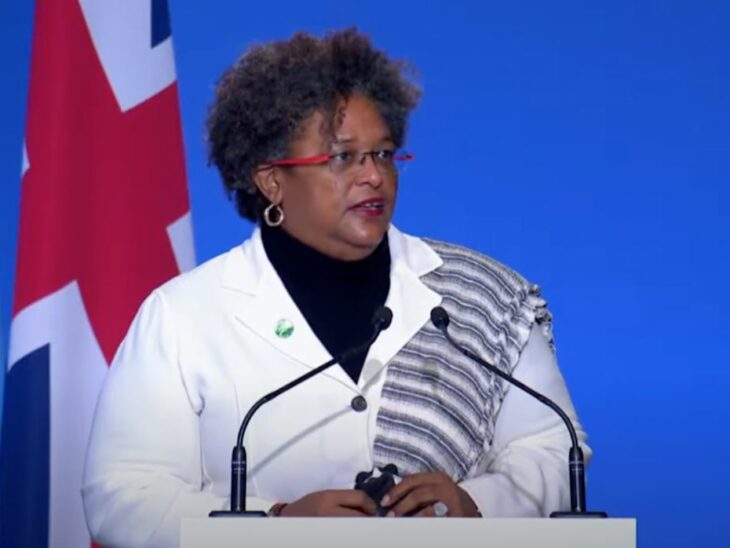 Research shows that female political leadership directs countries to adopt more robust climate change policies. Even though women globally are just 26.3 per cent of all parliamentarians, they are able to make a disproportionate impact.

The IPU is committed to increasing the ranks of women MPs from the current 11,653 and is happy to showcase these representative seven, who are already having a profound influence on national and global efforts to mitigate climate change:

Prime Minister of Barbados since 2018 and leader of the Barbados Labour Party (BLP) since 2008, Mottley is the first woman to hold either position. Awarded the UN’s Champion of the Earth Award for policy leadership in 2021, she has spent years campaigning against pollution, climate change and deforestation, turning Barbados into a frontrunner in the global environmental movement. At COP26 last year, she made global headlines for an impassioned speech in which she castigated major countries for pushing the world towards a climate catastrophe and imperilling the future of small island states like her own.

Yeo Bee Yin is a Malaysian politician from the Democratic Action Party (DAP), part of the Pakatan Harapan (PH) opposition coalition, who has a track record of action on intertwined environmental crises. From 2018 until 2020 she served as the Minister of Energy, Science, Technology, Environment and Climate Change in the PH administration. During her time as minister, she announced an increase of Malaysia’s renewable energy goals from 2% to 20% by 2030. She also helped set up a nationwide ban on the import of plastic waste and published a 12-year roadmap that includes a legal framework in eliminating single-use plastics in Malaysia by 2030.

Upon her confirmation by Parliament at the age of 34, Sanna Marin became Finland’s youngest-ever prime minister. Prime Minister Marin has announced Finland’s aim to be carbon-neutral by 2035. She is positioning Finland to be a climate leader among advanced economies, not just in terms of emissions reductions, but also by ushering in a circular economy focused on sustainability and the elimination of waste. Her plan is to double resource efficiency and the circularity rate (the percentage of all material that is fed back into the economy) by 2035.

Another youthful advocate for the planet, Jacinda Ardern became Prime Minister of New Zealand and leader of the Labour Party in 2017 at the age of 37. In 2020, she declared a climate change emergency in New Zealand and pledged in a parliamentary motion that government operations would be carbon-neutral by 2025. As part of this commitment, the public sector will be required to buy only electric or hybrid vehicles, the fleet will be reduced over time by 20 per cent, and all coal-fired boilers in public service buildings will be phased out. Under her stewardship, in 2019 Parliament passed the Zero Carbon bill, aiming to reduce New Zealand’s net carbon emissions to zero by 2050.

This Colombian human rights and environmental lawyer was elected Vice President in the 2022 election. She campaigned on a promise to shift the country’s economy from fossil fuels to clean energy and has a record of standing up for environmental justice. In 2018 she won the Goldman Environmental Prize, dubbed the Green Nobel, for her work to retake her community’s ancestral territories from illegal gold mining. She is credited with helping to mobilize young people who want to fight climate change, as well as attracting women and Black voters. Aged 41, she is the first Afro-Colombian elected Vice President of Colombia.

The first female president of Tanzania, Samia Suluhu Hassan has pushed for climate justice since her appointment in 2021. She has become the global spokesperson for African nations advocating for the unlocking of climate change financing to enable low-income countries to achieve ambitious sustainable development goals. This is in part holding developed countries accountable for not fulfilling their climate finance promise of donating US$ 100bn annually to developing countries to facilitate the implementation of the Paris Agreement by 2020. She is also steering Tanzania toward being a leader in regional economic and diplomatic cooperation, to better mitigate climate risk.

Dutch politician serving as a member of the 150-seat House of Representatives since 2012, representing the Christian Democratic Appeal (CDA) party. As Chairman of the Economic Affairs and Climate Policy Committee, she is at the forefront of climate change legislation required to meet the National Climate Agreement, the goal of which is to achieve a 49% reduction in Netherland’s greenhouse gas emissions by 2030 compared to 1990 levels. She is a strong proponent of the country’s Offshore Wind Energy Roadmap 2030 and the Wind meets Industry initiative, designed to improve the link between offshore wind energy and the industrial sector. 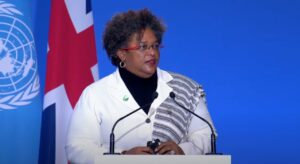