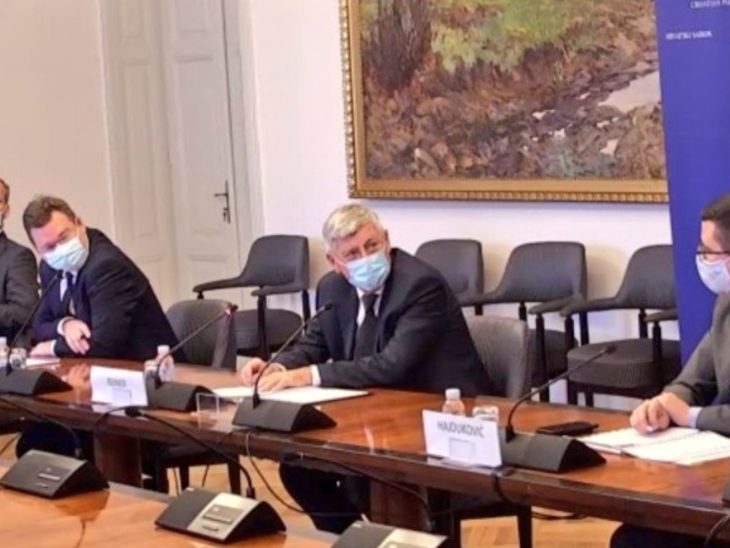 BGIPU hosted a virtual bilateral meeting between UK and Croatian Parliamentarians led by Mr Ian Liddell-Grainger MP, Vice-Chair of the BGIPU and on the Croatian side by Deputy Speaker of the Parliament, Mr Željko Reiner,

On 23 November 2020, BGIPU hosted a virtual bilateral meeting between UK and Croatian Parliamentarians. The meeting was moderated by Mr Ian Liddell-Grainger MP, Vice-Chair of the BGIPU, and he was joined on the UK side by Baroness Barker, Baroness Scott, Mr Chris Matheson MP, the Earl of Sandwich, Lord Randall, Mr Martin Vickers MP. On the Croatian side was the Deputy Speaker of the Parliament, Mr Željko Reiner, and the Chair of the Inter-Parliamentary Friendship Group with the UK, Mr Marko Pavić, along with Mr Domagoj Hajduković, Mr Bojan Glavašević, and Mr Stephen Nikola Bartulica. H.M. Ambassador to Croatia, Mr Andrew Dalgleish, and the H.E. Ambassador to UK, Mr Igor Pokaz, also joined. The very well-attended meeting indicates the overwhelming enthusiasm on both sides to continue to enhance the bilateral exchanges.

To commence the meeting, Members exchanged views on the imminent deadline of the Brexit transition period at the end of this year. The Croatians expressed hope that a deal would be reached soon. The Croatian delegation made clear that they would welcome participation of the UK in EU programmes in line with the mandate and draft agreement.  Following this discussion on the UK leaving the EU, conversation focussed more specifically on the future of the EU and the perspective of the Western Balkans. It is clear that Croatia is committed to working towards a strong Europe and is keen to strengthen the economic and cultural ties with the UK to make this possible.

With regards to how to further and enhance the bilateral relationship between the two countries, climate change and sharing knowledge with regards to this subject was seen as a beneficial objective. This topic is particularly relevant for the UK with COP26 on the horizon.   The Croatian delegation also expressed their appreciation of the Chevening scholarship programme and hoped the scheme would not only continue but also expand in capacity. The success of this educational programme was clear as not only Mr Marko Pavić himself but also the Croatian Ambassador, Mr Igor Pokaz, had been Chevening scholars.

The meeting concluded with hope that a vaccination will be rolled out in the New Year which would permit international travel to resume once more and a physical delegation to take place. The British Group of the Inter-Parliamentary Union has invited a Croatian Delegation to visit Westminster next year. 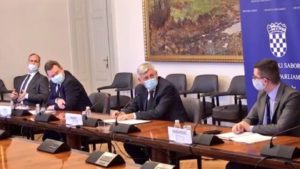 BGIPU hosted a virtual bilateral meeting between UK and Croatian Parliamentarians led by Mr Ian Liddell-Grainger MP, Vice-Chair of the BGIPU and on the Croatian side by Deputy Speaker of the Parliament, Mr Željko Reiner,