COP26 Parliamentary Meeting says to world leaders “Waiting is not an option.” 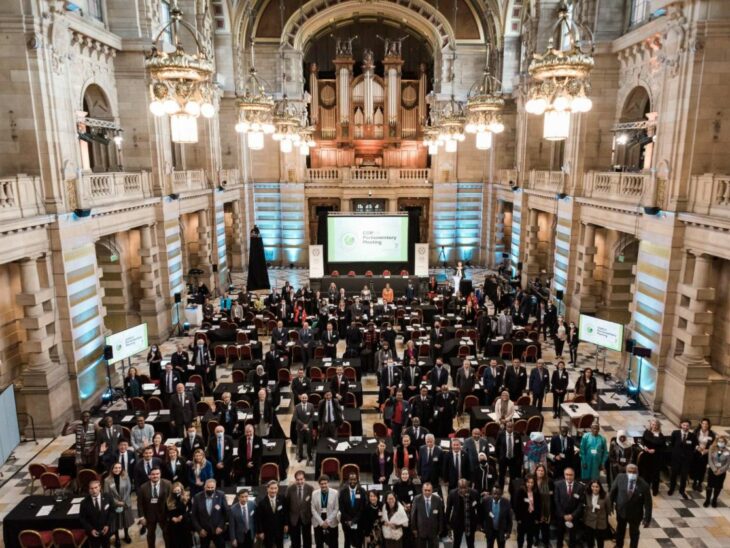 Over 200 parliamentarians from around the world committed to taking urgent action on climate change in Glasgow, United Kingdom at the UN Climate Change Conference, COP26.

Over 200 parliamentarians from around the world committed to taking urgent action on climate change in Glasgow, United Kingdom at the UN Climate Change Conference, COP26. The parliamentarians were gathered in Glasgow at a parliamentary meeting co-organized by the IPU and the British Group of the IPU.

In their final adopted outcome document, the MPs laid out an ambitious roadmap for increased parliamentary engagement to address climate change. They underlined the importance of parliaments, with their core legislative, oversight, budgetary and representation functions, in ensuring the implementation of the climate change objectives contained in the Paris Agreement, the world’s major legally-binding international treaty on climate change.

The document includes commitments to strengthen the response to the threat of climate change by reducing greenhouse gas emissions to limit global temperature rise this century to well below 2 degrees Celsius above pre-industrial levels, while pursuing concerted efforts to limit any temperature increase even further to 1.5 degrees Celsius.

The Speaker of the UK House of Commons, Rt Hon Sir Lindsay Hoyle MP, said “As I say to children when I visit their schools, they are the future. It is their planet we need to save – and we need to save it now. We are simply the custodians and, until recently, we have not been very good ones.Parliament and parliamentarians must lead by example. Waiting is not an option.”

The Lord Speaker of the UK House of Lords, Rt Hon the Lord McFall of Alcluith, said “Even when the global economy shut down as a result of the pandemic, our emissions only dropped by 6%. This illustrates the enormity of the challenge ahead of us. We have to find real, radical and alternative solutions to reduce the global temperatures. As parliamentarians we have a real responsibility. We have a duty to speak for all the people of this planet, including those whose voices are not always heard, and yet are the most affected.”

Keynote speaker, Mary Robinson, former President of Ireland and Chair of the Elders, said “Enlightened parliamentarians can help build coalitions to ensure that whatever is decided in Glasgow can be put into practice.” She ended by quoting Nelson Mandela. “It always seems impossible until it’s done.”

IPU President, Duarte Pacheco, said “Science has spoken loud and clear and the clock is ticking: irreversible change is already underway, and action needs to be taken now to avert a climate catastrophe. Parliaments can act as agents of change and take climate action now, supporting the translation of international commitments made under the Paris Agreement into concrete measures at the national level.”

Chair of the British Group of the IPU, Harriett Baldwin MP, said ““Parliamentarians are the essential drivers in the fight to end climate change because they can advocate, communicate, legislate, scrutinise, as well as represent their communities.”

The sessions covered a broad range of topics including reports on progress at the COP26 negotiations, food security, and climate finance. The parliamentarians also debated how to address the loss and damage caused by climate change. Delegates heard first-hand both from experts working in this area and from parliamentarians from countries most vulnerable to the unavoidable impacts of climate change.

Parliamentarians heard from climate change experts including former Chris Frasetto, International Committee of the Red Cross Diplomatic Advisor to the United Nations, on climate change, conflict and humanitarian assistance; Gernot Laganda, World Food Programme Chief of Climate and Disaster Risk Reduction on the impacts of climate change on food insecurity; and Valérie Masson-Delmotte, Co-Chair of the Working Group of the Intergovernmental Panel on Climate Change. 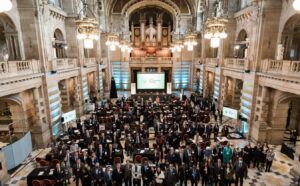 Over 200 parliamentarians from around the world committed to taking urgent action on climate change in Glasgow, United Kingdom at the UN Climate Change Conference, COP26.