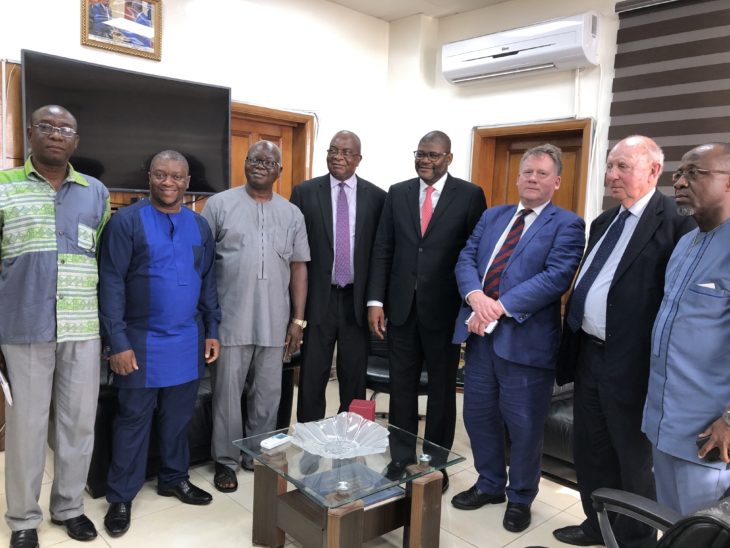 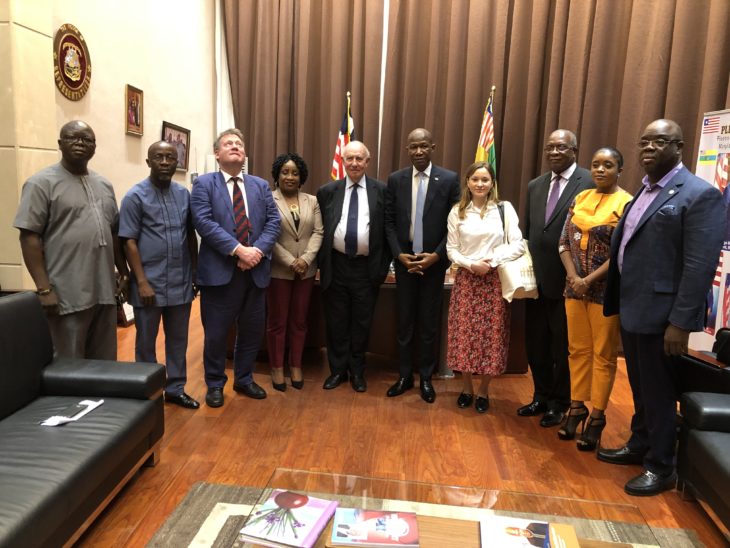 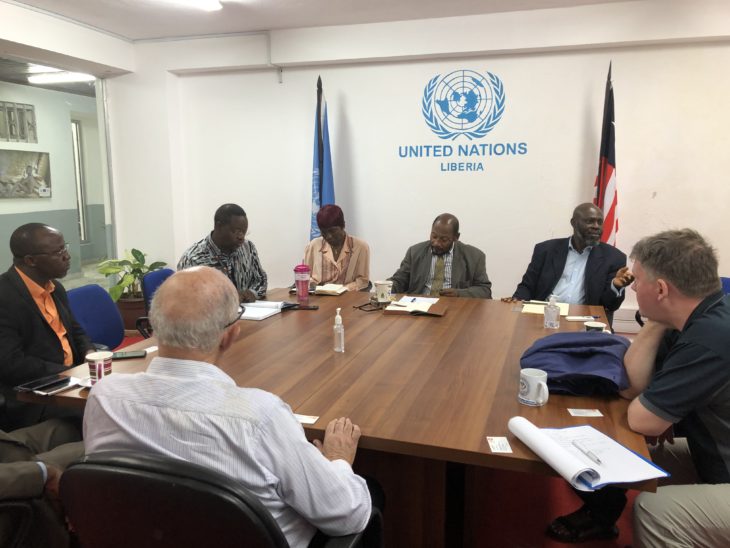 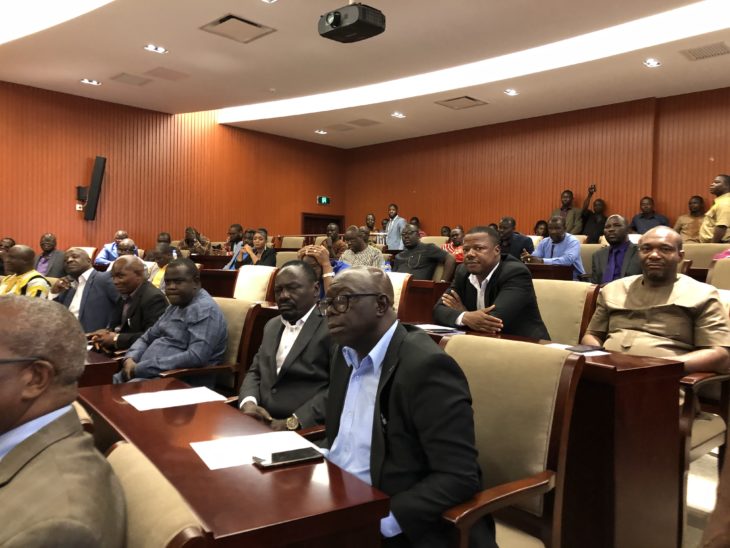 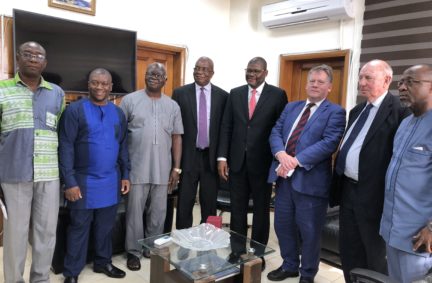 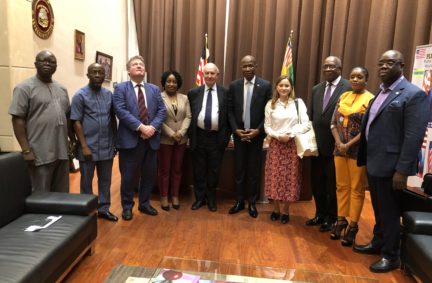 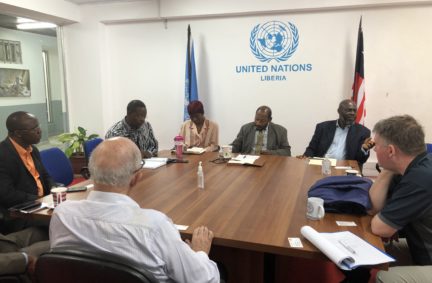 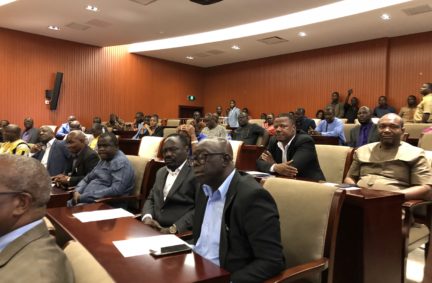 From 2nd to 6th March, a BGIPU delegation visited Liberia with the aim of enhancing interparliamentary relations and reciprocating an inward visit to London by the Liberian Group of the IPU in 2018. The delegation comprised of Lord Hannay of Chiswick and Adam Holloway. The hospitality we received from the Liberian Group of the IPU was exemplary and the arrangements they had made for the visit were beyond reproach.

Our programme in Monrovia was an intensive one, involving all parts of the Liberian legislature and most of the main ministries followed by events in the evenings with the Embassy which were attended by civil society, journalists and Chevening scholars. We also had a useful session with the UN Resident Coordinator and staff from the UN agencies. So, while visits outside Monrovia were not possible due to the difficulties of travel, we felt we got a good overall picture of the problems facing the country and its responses to them.

Liberia is a country which has gone through many vicissitudes; the first 150 years of its history being marked by the domination of the America-Liberian community to the virtual exclusion of the indigenous population; a series of military coups and vicious civil conflicts in the 1980s and 1990s having destroyed much of the country’s infrastructure and institutions; and the more recent Ebola epidemic having taken a heavy toll. It remains one of the poorest countries in Africa and thus in the world.

The traumas of the past are still visible beneath a surface air of political stability; and some of the worst features of those years, corruption in particular, are still holding back the country’s progress. But we were struck by the resilience and liveliness of Liberia’s new democratic institutions (we attended debates in both the Senate and the House of Representatives); and by the quality of many of the Ministers, parliamentarians and senior officials who briefed us and whom we subjected to probing questions.

The demand for access to higher and post-graduate education abroad was evident and is likely to continue. We were impressed by the Chevening scholarship alumni whom we met and believe that scheme pays real dividends both to the U.K. and Liberia. We hope it can be maintained and even expanded. We were disappointed to hear of the requirement for Liberian students to travel to Ghana to take their English language test which inhibited the grant of scholarships; and we were at a loss to explain why these tests could not be carried out in Liberia, a country where English is the language of education at every level. This was raised forcefully with us by Liberian parliamentarians and we hope the problem can be remedied by the British Council.

We were impressed by the high priority the Chief Medical Officer attached to establishing primary health facilities throughout the country, much of which is hard to access due to the lack of transport infrastructure. The precautions being taken against any spread of Coronavirus (no cases had yet emerged in Liberia when we left but some incoming visitors were being quarantined) were impressive and clearly benefited from lessons learned during the Ebola epidemic.

At the Ministry of Defence, we found considerable gratitude for the training provided by the U.K. for the small contingent of Liberian peacekeepers now deployed in Mali; and anticipation of the benefits from working alongside our own peacekeepers there when they are deployed. We were assured that Liberian peacekeepers were being trained to avoid any sexual violence or abuse and that they would be prosecuted if evidence of wrongdoing came to light. Both the civilian and the military leaders we met at the Ministry were impressive.

We found strong support for action to combat climate change (we saw a portion of Monrovia which had been swept away by rising sea levels) and a recognition of the need to make a success of the November COP 26 meeting in Glasgow. We urged the need for Liberia to make its own practical contribution to environmental protection, for example by reducing the massive quantities of plastic waste visible everywhere in Monrovia.

We found strong support for the African Union and its sub-regional organisation ECOWAS. The Minister of Foreign Affairs told us that Liberia supported the AU aim of free trade throughout Africa. But there is evidently some resistance to that on protectionist grounds in Parliament.

The issue of corruption came up again and again. There was a welcome for the action being taken by President Weah to probe allegations of corruption, both past and present; but doubt was expressed as to whether effective action would be taken. We pointed out that, with tough new laws against bribery and corruption now in force in the U.K., the US and other developed countries, even a perception of corruption in Liberia would have a chilling effect on the inward investment which Liberia desperately needs.

Our general feeling was that Britain’s relationship with Liberia had for too long been a neglected and marginal one. The Liberian Government raised their resentment that they had been excluded from the Africa Investment Conference in January. Now, with Britain having left the European Union, there is an opportunity to strengthen and deepen that relationship. We hope it will be taken. And we were told that any such strengthening of the relationship would be welcomed by the Liberians. 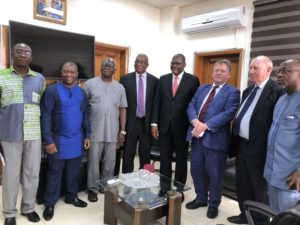 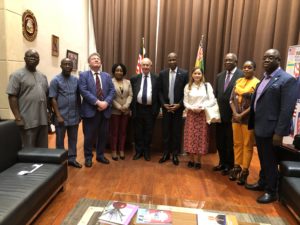 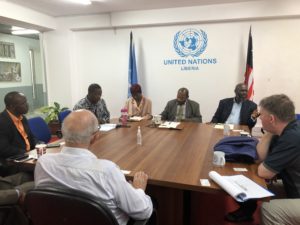 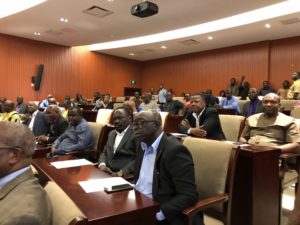