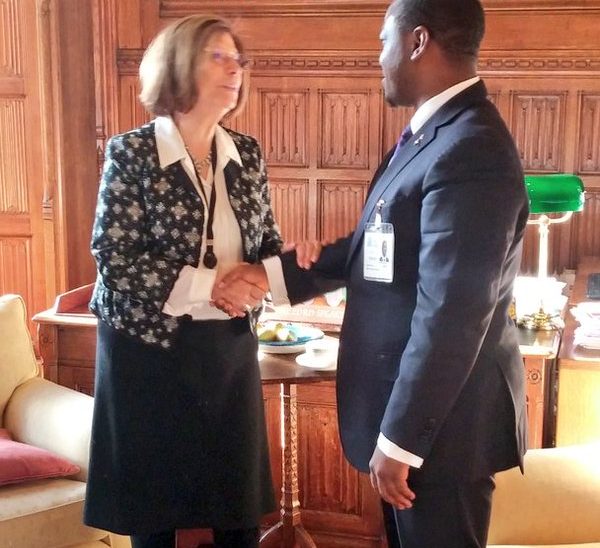 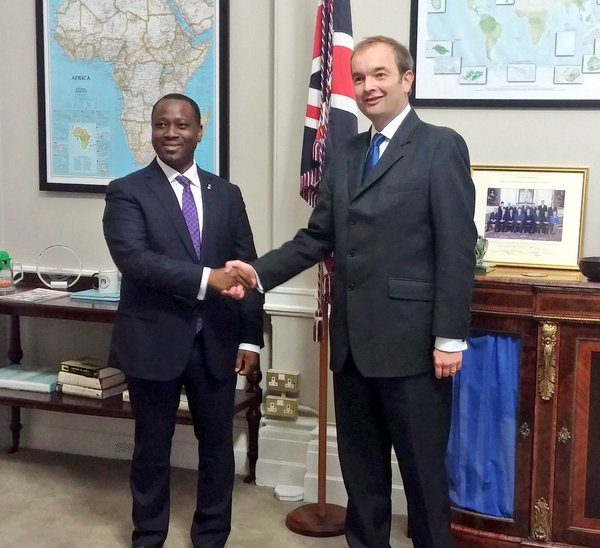 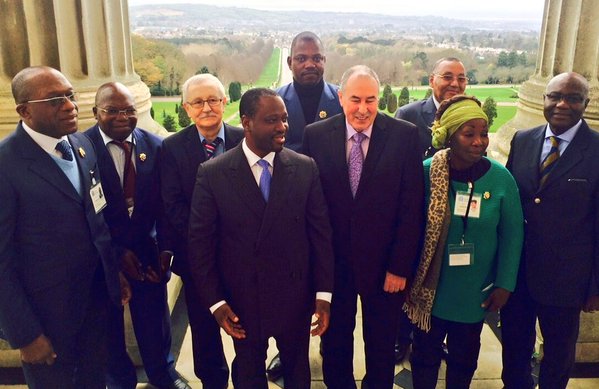 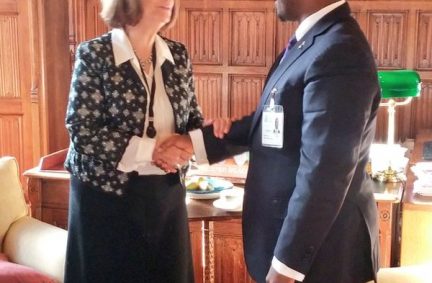 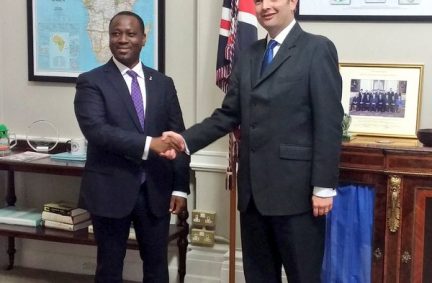 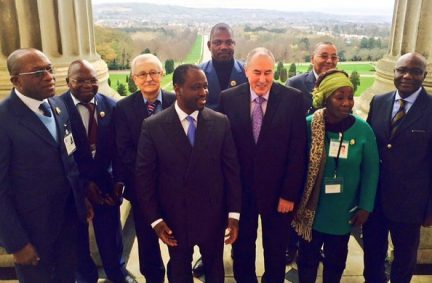 In late November 2015 the British Group hosted Speaker Guillaume Soro from the Côte d’Ivoire National Assembly for a three-day visit to Westminster and two days at the Northern Ireland Assembly in Belfast. He was accompanied by five Members of Parliament, Mrs Nossamba Diomande, Mr Francis Desclercs, Mr Téké Johnwan, Mr Mamadou Dely and Mr Konan Saraka, as well as parliamentary advisers and H.E. Mr Georges Aboua, the new Ambassador of Côte d’Ivoire to the UK. While the programme in Westminster focussed on bilateral relations, the Belfast visit provided an opportunity for the Ivoirians to reflect on Northern Ireland’s experiences with national reconciliation and similar challenges they face in addressing issues in a post-conflict society.

On the first day of the visit Speaker Soro was warmly welcomed by the Lord Speaker Baroness d’Souza, followed by a meeting with Foreign Office Minister for Africa James Duddridge. Reflecting the visit’s focus on how to deepen not only inter-parliamentary, but also business relations, Speaker Soro then participated in a lunch chaired by Baroness Chalker, which was attended by members of the business community such as the The City UK. During the afternoon Speaker Soro visited the BBC Broadcasting House, where interviews for BBC Afrique and Focus on Africa were conducted. In the evening, Soro was joined by the rest of his delegation for a Welcome Reception in parliament hosted by BGIPU Vice-Chair Ian Liddell-Grainger, which was well attended by Members from both Houses and representatives from the Ivoirian community.

The second day started with a tour of the Palace of Westminster kindly given in fluent French by Tom Brake MP. This was followed by a meeting with Mark Hendricks MP, Member of the Foreign Affairs Committee, and a presentation on the Westminster Parliamentary system by Crispin Poyser, Head of the Overseas Office. After a working lunch hosted by Richard Fuller MP, where British parliamentarians had the chance to learn about economic development in Côte d’Ivoire and the broader region of West Africa, the delegation had the chance to observe the Lord Speaker’s procession and proceedings in the Lords Chamber. Later that afternoon the delegation departed for Chatham House, where they participated in a roundtable with Chatham House experts and associates.

On Wednesday the first activity of the day was the traditional roundtable attended by Members from both Houses addressing bilateral relations, national reconciliation, and regional developments in West Africa, among other topics. The delegation then enjoyed watching PMQs, which was particularly interesting as it preceded the Chancellor’s Autumn Statement. During the afternoon the delegation had the chance to meet the Chair of the International Development Committee, Stephen Twigg MP, who was supported by several other members of the IDC. The day in parliament was round off with a briefing on the political background of the conflict in Northern Ireland given by Lord Dubs and Mark Durcan MP, before the delegation headed to Belfast in the evening.

The programme in Belfast started with a visit to the Northern Ireland Assembly on Thursday, where the delegation was briefed about devolution, the D’Hondt system of allocating seats in party-list proportional representation and given a tour of the impressive building. The delegation then met with members of the Legislative Assembly and with Mitchel McLaughlin, Speaker of the Assembly. The afternoon was spent at the Northern Ireland Police (PSNI) headquarters, where the MPs were given an overview of PSNI’s reforms and current operations, followed by a guided bus tour of Belfast. Finally on Friday the delegation enjoyed a visit of the award-winning Titanic Museum, where they gained some understanding of Belfast’s industrial history. 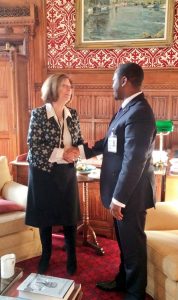 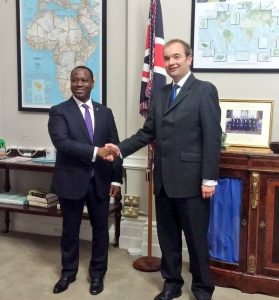 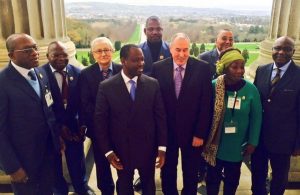