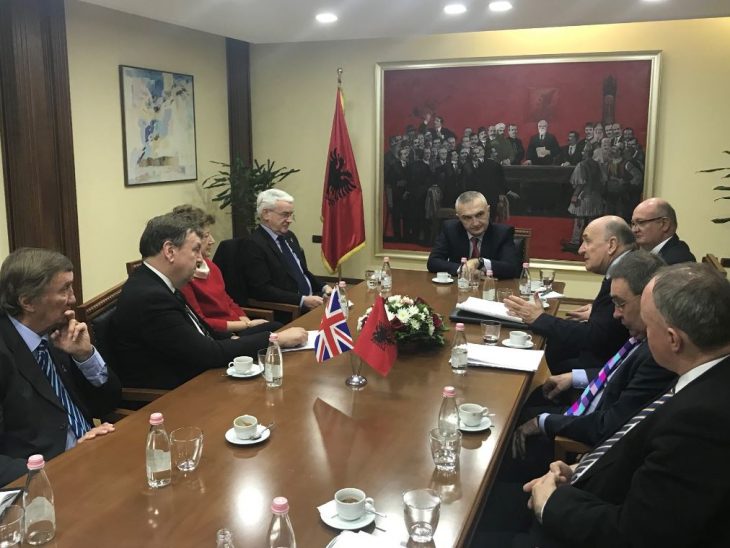 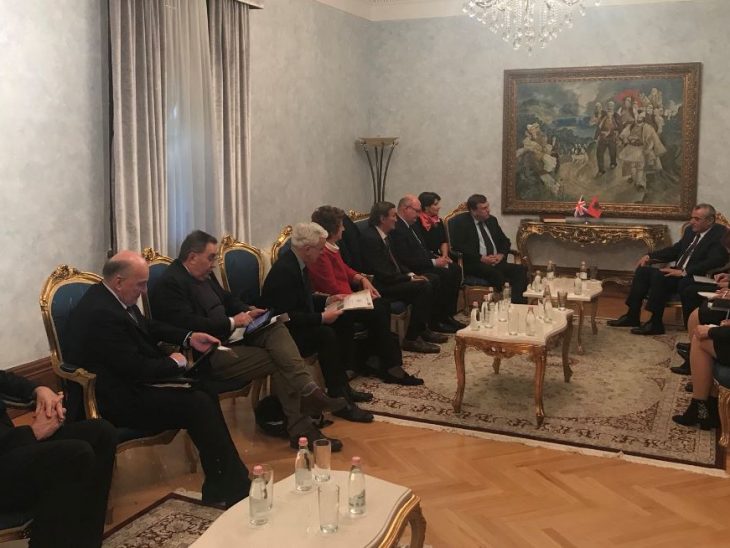 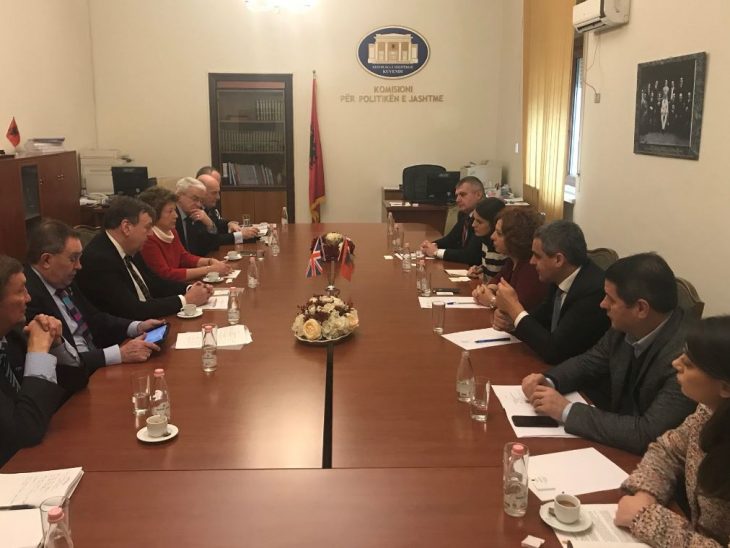 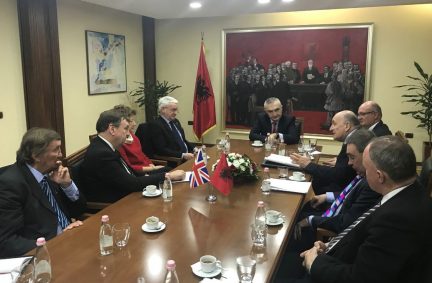 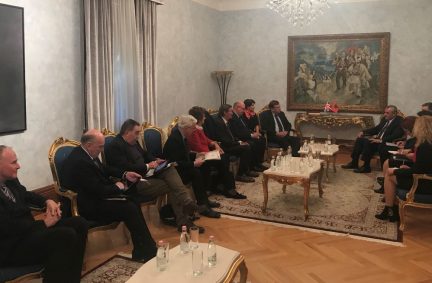 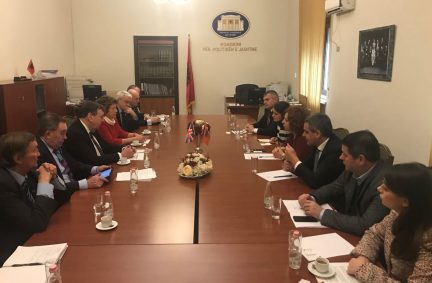 A BGIPU delegation, led by Rt Hon John Whittingdale OBE MP, visited Tirana from 12-15 February 2018 to meet with counterparts in the Albanian Parliament. He was joined by Rt Hon Baroness Anelay, John Grogan MP, Martin Vickers MP, David Drew MP, Steve Pound MP and Lord Dykes. This visit consolidated the close links between the UK Parliament and the Albanian Parliament, and was an important precursor to BGIPU’s upcoming International Seminar on the Western Balkans.

Over the course of the visit, the delegation met with various parliamentarians to discuss issues such as rule of law, EU accession and Albania’s initiatives to combat organised crime. The Chair of the Foreign Affairs Committee, Mimi Kodheli, met with the delegation several times to provide an overview of Albania’s path towards EU accession and relations with its neighbours, such as Kosovo and Serbia. Accession to the EU was noted in most meetings and is a significant priority for Albania in the coming years. Whilst the country is yet to open negotiations with the EU for accession, Albania deems itself ready to join in the next few years. The more pessimistic predictions that accession might not be realised until well after 2025 – the estimated date for Serbia and Macedonia’s accession. This was not accepted by parliamentary and governmental stakeholders that the delegation met with. In particular, Prime Minister Edi Rama believed that Albania would be ready for EU accession by 2025. It will be important in the coming months that progress is made on Albanian’s accession to the EU as otherwise there would be a deep sense of frustration over this.

The Chair of the UK Friendship Group, Elona Gjebrea, expressed a desire for stronger collaboration between Albania and the UK with regards to Albania’s justice reform, given the UK’s tradition of a strong judiciary. She also expressed a desire for continued cooperation between the two countries post-Brexit, especially as Albania continues towards EU accession. Judicial reform had been the focus of a visit from the Albanian Parliament to Westminster in September 2016, which was led by the then Speaker Ilir Meta. Mr Meta, now serving as President of Albania, met with the delegation and then hosted them for dinner where he expanded upon the need for improved rule of law. In particular, he highlighted the need to combat organised crime and also for Albania to change its image to the world on this as this was currently having a negative impact upon the country’s aspirations.

Meetings with the EU Delegation to Albania highlighted positive steps which had been taken on the rule of law and good governance, such as significant constitutional changes and that there is now significant vetting of judges. As a result, it was now very much expected that there would be prosecutions for corruption cases. However, public opinion in terms of trust in institutions was still very low for the judiciary (3%) compared to strong support for the EU (78%) and for NATO (74%). During meetings with Opposition parliamentarians, a slightly more negative image was shown with regards to the government’s attempt to curb organised crime. They expressed concerns about the electoral system in the country as well as concern over the level of illegal drugs within the country. Mr Rama acknowledged the importance of the process of EU accession, especially with regards to institutional reform and judicial reform, and so there was hope that as Albania continued towards accession these essential reforms would be continued within the country. As per the recent report from the House of Lords International Relations Committee, Albania will need to show evidence of this judicial reform and ensure that reference to reform is not just tokenistic.

The delegation were also able to visit outside of Tirana, travelling to Durres and Kruja. Here it was shown that Albania has huge potential for tourism, which is steadily on the rise, and so this is an area which will be focussed on from an economic perspective. Another huge area of potential for economic growth is in the current construction of the Trans-Adriatic Pipeline (TAP), which the delegation received an overview of from the TAP team. If Albania is able to unlock its potential and continue towards EU accession it was shown that the country could make significant progress in the coming years.

One of the recurring messages of the week was a concern from Albanian stakeholders that, without the UK in the EU, they would be losing a strong supporter on their path to accession and a supporter of EU enlargement in general. The UK delegation were able to confirm that there would be continued support and cooperation to Albania and the Western Balkans post-Brexit, and also that the UK would continue using its influence within the EU until it departure in 2019. In advance of the Western Balkans Summit in London (July) and BGIPU’s International Seminar on the Western Balkans (September) this visit was incredibly timely to hear perspectives in Albania on Brexit and EU accession so that the strong relationship enjoyed between the two countries can continue 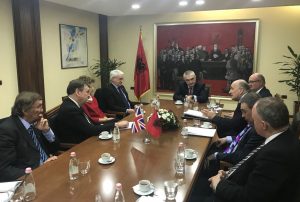 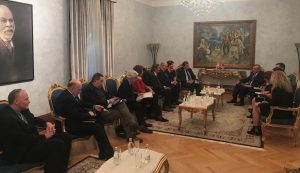 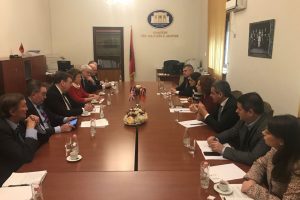