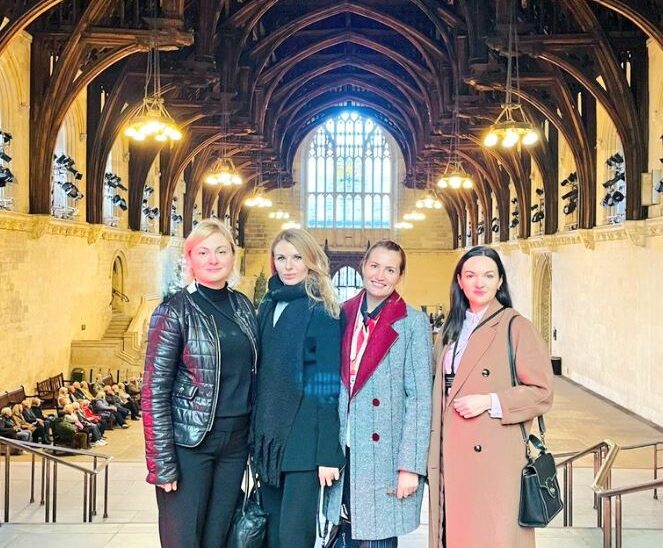 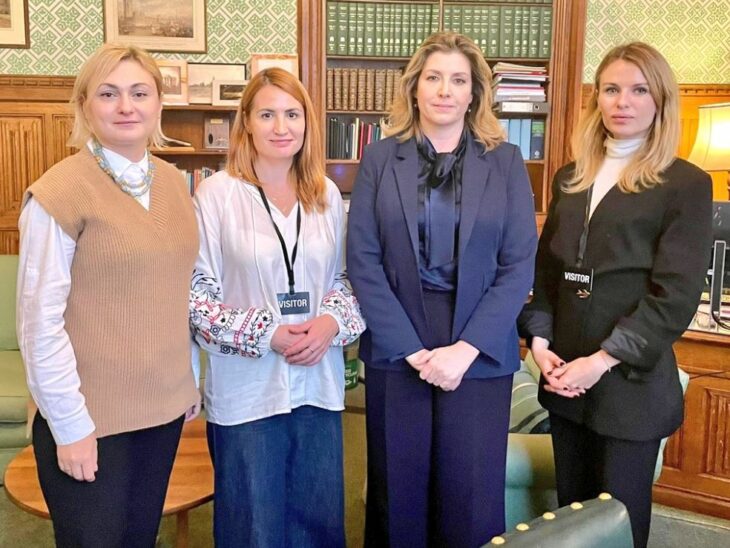 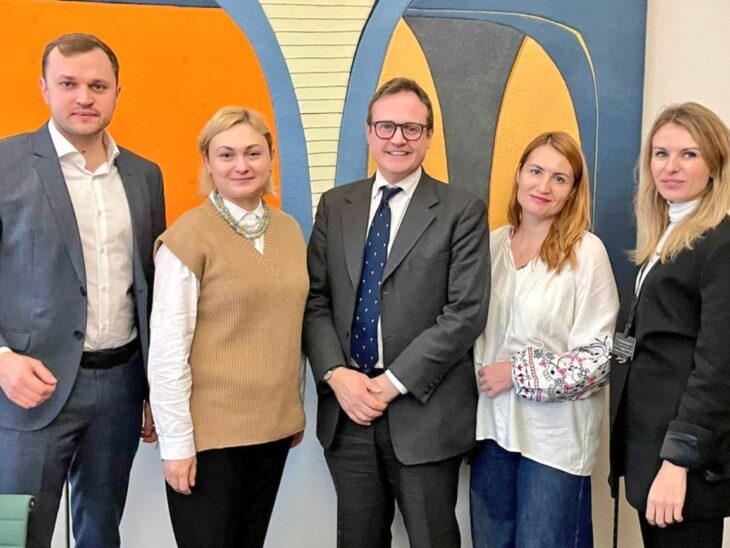 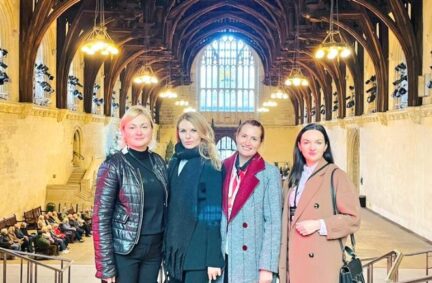 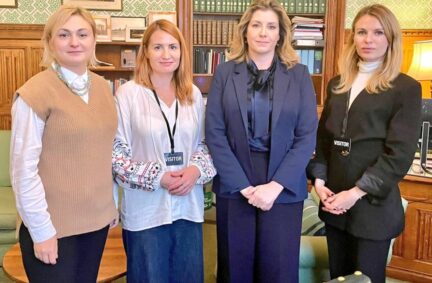 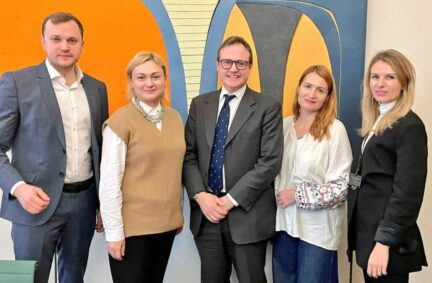 From 28 November to 1 December 2022, BGIPU hosted a delegation of five parliamentarians from Ukraine. The visit was the third in a series of visits this year (the others being in June and July), reflecting BGIPU’s commitment to work with Verkhovna Rada members and make sure they have regular contact with their UK counterparts. The delegation was led by Ms Lesia Vasylenko, who was accompanied by Ms Yevheniya Kravchuk, Ms Olha Stefanyshyna, Mr Andrii Zhupanyn and Ms Halyna Vasylchenko.

The programme commenced on the Monday with a meeting with the Minister for Europe Leo Docherty MP, where he reconfirmed the UK Governments commitment to the Ukrainian Government and people. The delegation then attended the Preventing Sexual Violence in Conflict Initiative conference hosted by the FCDO. This was followed by a working lunch hosted by BGIPU Chair Harriett Baldwin MP, who warmly welcomed the visiting delegation and enjoyed a general discussion on the situation in Ukraine along with members of both the Commons and Lords. In the afternoon they attended a roundtable discussion hosted by Jonathan Djanogly MP with members from multiple parliamentary committees, including the Chair of the Defence Committee, Rt Hon Tobias Ellwood MP. There was much discussion about Ukraine being able to access vital military equipment and about prosecuting Russian War Crimes.

The following day the delegation had organised meetings with the NGO on Homes for Ukraine and Survey on Perception of Ukraine in the UK, and with Bill Browder and the Magnitsky Act NGO. They then arrived in Parliament to meet with Minister for Security, Rt Hon Tom Tugendhat MP where they discussed how the Magnitsky Act might apply to more people in Russia. They then met with the Leader of the House, Rt Hon Penny Mordaunt MP, who had recently been to Ukraine on behalf of the FCDO. In the afternoon, Lesia Vasylenko gave evidence to the International Development Committee on the Humanitarian Situation in Ukraine. Following this there was an exhibition of War Crimes in the Attlee Suite, where the first lady of Ukraine was attending as invited by the Speaker of the House of Commons, Rt Hon Sir Lindsay Hoyle MP. The day finished with a BBC World Service event on a documentary filmed called “Occupied” about a family living in Kherson, Ukraine. Yevheniia Kravchuk (who as a journalist and documentary maker prior to becoming a member of parliament spoke on the panel) and explained how exceedingly difficult life had become for so many people in cities under Russian occupation and constant attack.

On the Wednesday the delegation had private meetings with the Shadow Foreign office Team, and then attended PMQ’s. This was followed by a meeting with the Mister for Armed Forces Minister Heappey, and then a Parliamentary event on Financial Instruments for Ukrainian Post War Reconstruction hosted by Jonathan Djanogly MP.  On the final day the delegation met with Minister Buchan from the Department for Levelling Up, Housing and Communities and Lord Murray, Minister from the Home Office about the Homes for Ukraine scheme. The delegation then left Westminster to meet with the Tony Blair Institute.

This this third successful visit in just six months was another opportunity for UK parliamentarians to show their continued support for counterparts in Ukraine through the BGIPU, with all government Ministers and parliamentarians acknowledging and praising their ongoing bravery and effectiveness in ensuring their defence against Russian aggression retains the strongest possible support and concrete assistance in the UK and beyond. 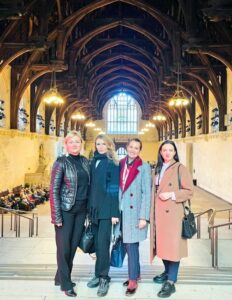 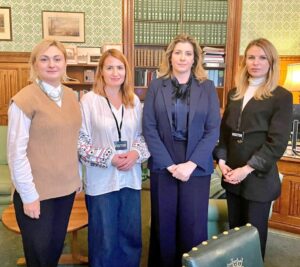 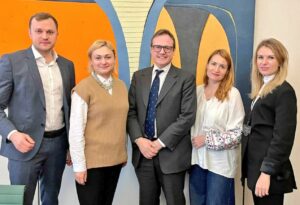