First Cremer-Passy Prize goes to parliamentarians from Mexico and Ukraine 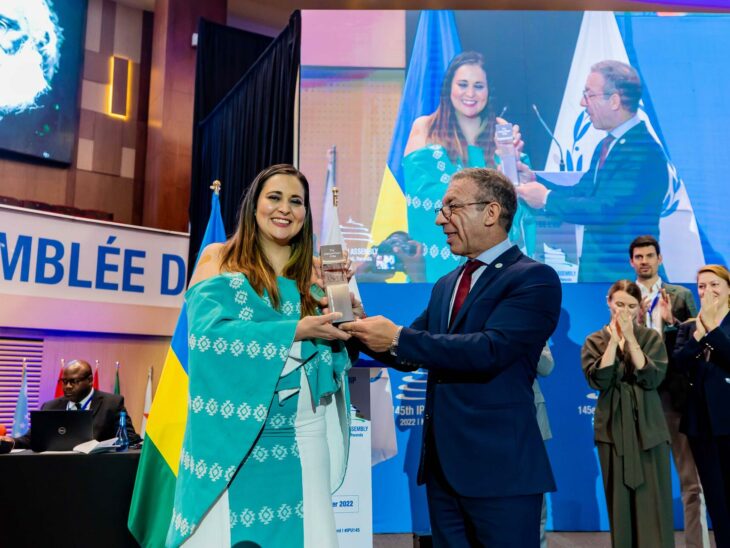 Ms. Cynthia Lopez Castro of Mexico, and the Chairman and all the Members of the Verkhovna Rada of Ukraine have been awarded the first Cremer-Passy Prize at the 145th IPU Assembly in Kigali, Rwanda.

The prize is named after the IPU founders William Randall Cremer and Frédéric Passy, visionary parliamentarians from Great Britain and France, who convened the first meeting of the Inter-Parliamentary Union in Paris in 1889.

The prize is for parliamentarians who make an outstanding contribution to the defence and promotion of the IPU’s objectives, as well as those who contribute to a more united, fair, secure, sustainable and equitable world.

Exceptionally, the 2022 prize went to two nominees: one woman and a group led by a man, to underscore the importance of gender equality at the IPU, as demonstrated by the theme of the 145th IPU Assembly.

Cynthia López Castro has been a member of the Mexican Chamber of Deputies since 2018. She is a firm believer in the power of youth and a resolute activist on the strengthening of democracy through youth representation.

In 2017, at the age of 30, Ms. López-Castro participated in the drafting of a new Constitution for Mexico City. She was also one of the main proponents of the inclusion of a youth quota in the city’s electoral law.

Today, Ms. López Castro’s work in Mexico focuses on ensuring that a minimum of 25% of candidates for public office at the federal level are under 29 years old.

At the IPU, Ms. López Castro actively promotes the engagement of youth in politics through her membership of the Board of the IPU Forum of Young Parliamentarians.

She is an active member of the IPU Committee on United Nations Affairs and has represented the IPU in several high-level meetings at the UN.

Chairman Ruslan Stefanchuk and the 450 members of the Ukrainian parliament were nominated in recognition of their commitment to their parliamentary duties despite the ongoing war in Ukraine.

The parliamentarians continue to represent their constituents as well as debating and making laws in a time of national emergency.

Special mention goes to the IPU office holders in the Ukrainian Parliament, including Ms. Lesia Vasylenko, President of the Forum of Women MPs and Ex Officio Member of the Executive Committee, who have continued their IPU duties despite formidable challenges. 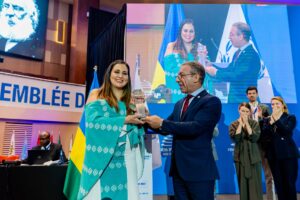