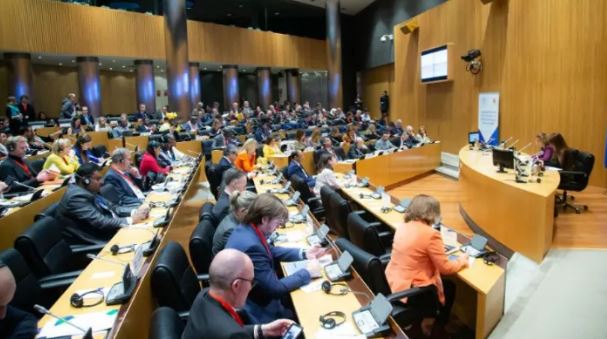 The IPU convenes to give a parliamentary voice to global debates.

An Opinion piece published on the Devex.com

Parliaments make a concrete difference in people’s everyday lives. That includes everything from establishing the conditions to create jobs to safeguarding freedom of speech to increasing budget allocations for health workers in rural areas. They are at the heart of inclusive decision-making ­— without their effective involvement policies risk being less representative of the needs and interests of the whole of society, and thereby less efficient. And they have the power to transform words into action by representing their constituents, enacting legislation, adopting national budgets, and holding governments to account.

Parliaments are also a unique and privileged place for speaking out, dissenting, discussing, and ultimately building consensus. In fact, the word parliament derives from the French word parler, meaning “to talk.”

But the problem often lies in translating the dialogue held in parliaments’ hallowed chambers into sustainable and meaningful solutions to acute issues like health, jobs, and housing, while also addressing systemic issues — including peace and security. The challenge of delivery is brought sharply into focus today with many countries suffering limited powers vis-à-vis the executive as well as shrinking civic spaces. Moreover, parliaments often suffer from a shortage of capacity and skills — particularly a lack of technological resources or institutional knowledge of the often-complex workings of a modern parliament.

So, when it comes to national parliaments, should we leave that crucial dialogue to flourish or flounder, or should we nurture that process so that it bears more fruit?

The SDGs recognize that ending poverty and other deprivations must go hand in hand with strategies in a range of areas, such as improving health and education, while spurring economic growth and protecting the environment. Given the increasingly interconnected nature of the world, we need all national parliaments to incorporate the SDGs into their everyday work.

More on these two global institutions

The Inter-Parliamentary Union, established in 1889, was the first-ever permanent forum for multilateral political negotiations, based on a vision of a peaceful world driven by dialogue rather than conflict. Today, this global organization of parliaments facilitates dialogue among parliamentarians and offers practical support to its 179 member parliaments. All of IPU’s work is aimed at strengthening the basic tenets of democracy: human rights, the rule of law, and equality. It is keen to make democracy work for the people.

UNDP is the U.N.’s global development network, advocating for change and connecting countries to knowledge, experience, and resources to help people build a better life. UNDP is on the ground in 170 countries and territories, supporting their own solutions to development challenges and developing national and local capacities that will help them achieve human development and the SDGs. It is also the world’s largest implementer of support to parliaments, providing assistance to over 60 partner countries.

A survey conducted by IPU in 2019 found that that over half of the 89 parliaments analyzed have established mechanisms within parliaments dedicated to SDG implementation. The survey also shows that many parliaments regularly discuss the SDGs. Others have set aside specific budgets for implementing the SDGs in general or specific goals such as education or health.

However, oversight of government action and budgetary allocations for delivering on the SDGs are less systematic, although several parliaments have called government to account on SDG implementation– for instance in Pakistan, the United Arab Emirates, the Netherlands, or in Sierra Leone.

This increased focus on the SDGs by parliaments is producing results worldwide. For instance, the Parliament of Uganda increased budget allocations for health workers in rural areas. Or in Rwanda, when the parliament adopted a reproductive health law, MPs communicated with communities including universities and schools to make sure the benefits of the law are felt by all.

Parliamentarians in Bangladesh reached out to communities with the highest rates of child marriage to advocate an end to this harmful practice. And Norway’s parliament enacted a bold Climate Change Act to promote the implementation of the country’s climate targets — it also required the government to give an account of the expected effect of the proposed budget on greenhouse gas emissions.

This is concrete. This is change. This was possible because there was a will and a way found to translate political dialogue into tangible benefits for citizens.

Supporting these processes, IPU and UNDP produced a self-assessment toolkit that helps members of parliament to identify best practice when it comes to mainstreaming the SDGs into legislative processes. The conclusions of the self-assessment allow parliaments to set priorities for reform in order to strengthen their response to the SDGs and to date, 15 parliaments have conducted the assessment.

Knowledge-sharing between parliaments is also crucial. For instance, UNDP manages the AGORA knowledge hub, which connects those active in the field of parliamentary development by offering e-learning courses and allowing members of parliament to share global best practice.

The digital transformation underway in politics

Parliaments must also address the reality that too many people feel marginalized or excluded because of lack of access to information and the benefits of technological advances. And parliamentarians need tangible support to take advantage of changes associated with the so-called Fourth Industrial Revolution.

In response, IPU has established a Centre for Innovation in Parliament, which provides support to parliaments to make better use of digital tools in their work to achieve enhanced outreach, transparency, accountability, and efficiency. One project in Brazil aims to create a portal to pull together open data from multiple parliaments to create new ways for researchers and parliaments to analyze and improve the law. And UNDP is undergoing a major digital transformation to become future-focused — capable of making its digital expertise available to benefit countries and their parliaments.

As we enter the crucial “decade of action” for the SDGs, parliaments need further assistance to deliver on a range of challenging issues, including ending poverty, ensuring gender equality, delivering better health coverage, and taking decisive climate action. Indeed, addressing the underlying and root causes of fragility — by supporting state institutions like national parliaments — is critical to prevent conflict and ensure countries are more resilient if a crisis does occur.

This continued international support is ever more crucial as we accelerate the drive toward a brighter and more sustainable future for all. 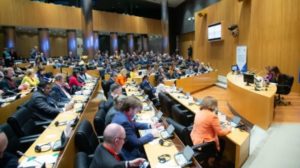 The IPU convenes to give a parliamentary voice to global debates.