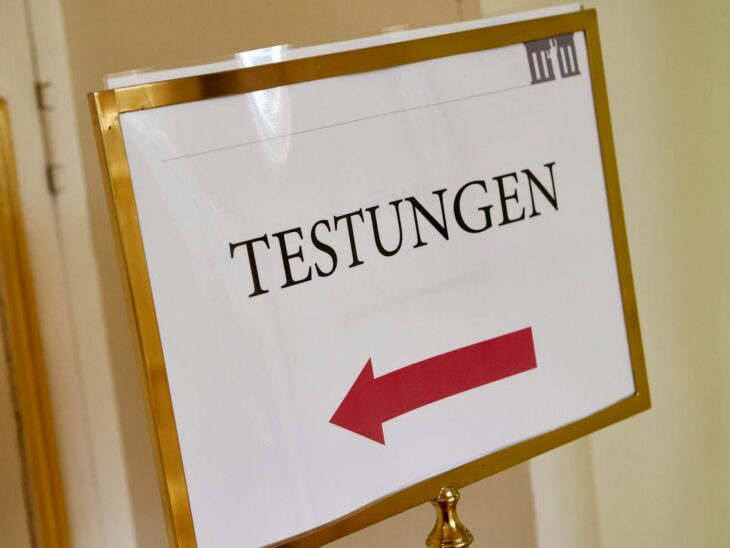 The first major international in-person event held by the IPU in 18 months, the Fifth World Conference of Speakers of Parliament, took place in early September in Vienna, Austria.

The event’s success in bringing 900 people safely together from all four corners of the world was a result of extensive planning and close coordination between the IPU, the Austrian Parliament and the City of Vienna. The experience can offer invaluable lessons on how to organize large, international gatherings during a global pandemic.

Planning for the Conference by the IPU began in 2018, with the original mission being to hold an in-person event in Vienna in August 2020. The spread of COVID-19 in early 2020 put those plans on hold, resulting in a virtual format being chosen for the Conference in August 2020. However, during the virtual session, the Speakers of Parliament made it clear they were keen to meet in person as soon as conditions allowed.

The Austrian Parliament began the site selection process for a second in-person part of the Conference in January 2021. “At the start it was not yet clear whether the event would be entirely in-person or hybrid,” said Angelika Hable from the Austrian Parliament, ”for we were very concerned at that time how COVID-19 would develop.”

This concern was echoed by Dr. Ursula Karnthaler, Deputy Head of the Health Authority of Vienna, and head of the city’s COVID response. “With the emergence of the Delta variant, there was uncertainty as to when Austria would suffer its fourth viral wave,” she said. “We had to consider various testing procedures to ensure the Conference did not become a super-spreader event.”

Throughout the year, there were multiple meetings between the IPU, the Austrian Parliament and Vienna city officials. Three critical directives beyond the norm for a conference in non-pandemic times became clear. One, put in place rigorous testing requirements. Two, record more contact details than usual from attendees, including mobile phone numbers for tracking and tracing. Three, strictly limit the number of delegates to conform to social distancing rules.

“We first set the delegation limit to one (Speaker) plus three (official delegates),” said Sally-Anne Sader, IPU’s Conference Services Officer. “Then we added three more, to account for non-official personnel such as media and security.” In the end, over 900 people attended, including some 100 Speakers of Parliament, from every corner of the world, representing around 110 countries.

Amassing details from each attendee did require additional follow-up effort, but the task of creating a custom database was made easier in that Vienna already had robust technology in use for its citizens. “We simply adapted what we had to the IPU’s requirements,” said Harald Klenkhart, Deputy Head of Vienna’s COVID-response IT project.

The core element for ensuring everyone’s safety was a comprehensive testing regimen. To begin with, attendees had to carry proof of a negative test result received prior to their arrival in Vienna. Then, two tests, taken one after the other, were a mandatory screening requirement to gain access to the conference facility.

The first, a nasal-swab antigen test, gave a result within 15 minutes, valid to gain access. For the second one, a PCR test, the results arrived the next day via text message. The results of the tests were valid for 48 hours before delegates had to go through the process again.

The PCR test, though familiar to Austrians, was novel to most attendees as it involved gargling rather than swabbing. “At the testing sites, we displayed how-to messaging using pictograms, with the wording in four different languages – English, French, Spanish and Arabic,” said Sally-Anne Sader. “They made the experience slightly less painful.”

The testing could not have gone so well without the enthusiastic involvement of the Samariterbund, the Workers Samaritan Federation of Austria, which supplied a daily minimum of dozens of hazmat-suited paramedics on site to instruct, reassure, swab, and collect and dispatch test kits for analysis.

Masks were required at all times, and delegates were encouraged to respect social distancing. For example, the traditional group picture was removed from the programme and became a montage of individual shots.

Also, to limit the number of people and ensure safe distances in the main conference rooms, there were two spill-over rooms with live-streaming.

Bilateral talks between various parliamentary delegations were held in 13 specially designated rooms, which were disinfected between each thirty-minute session. The rooms were booked up fast – there is only so much parliamentary diplomacy that is possible through Zoom. Athough cleaning added extra time to the process, 215 bilateral meetings took place, close to a record for a Conference on this scale.

For the few positive cases that did arise during the four days, there was a discreet, well-coordinated response. Due to the danger of close contacts, the specific individual’s entire delegation was alerted by IPU staff, then escorted calmly to a room set aside for isolation. Ambulances driven by Samariterbund personnel then drove them to the designated quarantine hotel, and their respective embassies were notified to assist should hospitalization be required.

“The way positive cases were effectively handled was critical to the overall success,” said Ambassador Anda Filip, IPU Director for Member Parliaments and External Relations. “The early detection and quick isolation meant the Conference could proceed smoothly, without panic.”

Although many of these practices can be transferred to enable success for future large-scale conferences during the pandemic, Dr. Karnthaler did impart this cautionary advice: “It is crucial in organizing such major international events to adapt your protocols to the local system. The more it is localized, the easier it is to manage on-site.” 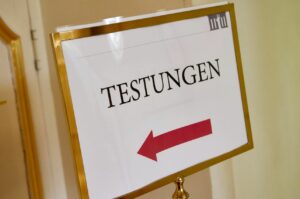