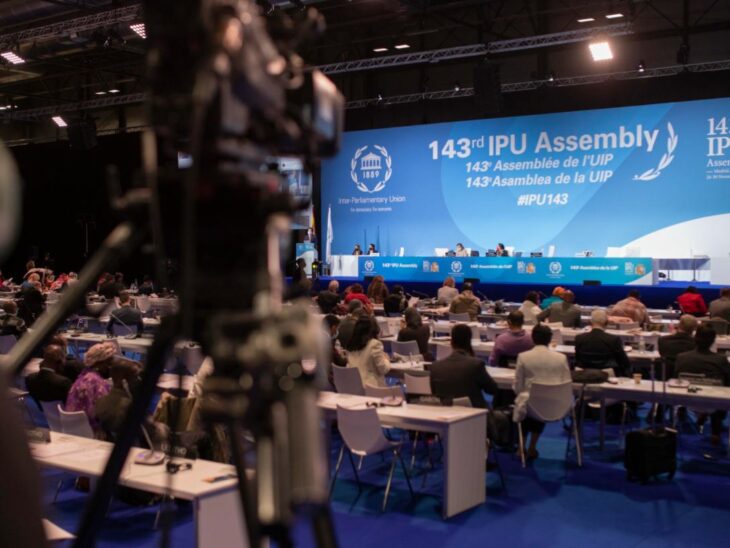 At the 143rd IPU Assembly in Madrid, Spain, parliamentarians from around the world have rallied around an emergency resolution to support equitable access to vaccines, particularly in the developing world.

Against the backdrop of the emergence of the omicron variant and renewed border closures, IPU Member Parliaments unanimously backed the IPU African Group’s proposal: Harnessing global parliamentary support for vaccine equity in the fight against the COVID-19 pandemic.

The resolution calls on the international community to ensure “timely, equitable and universal access to safe, affordable, quality and effective vaccines.” It recognizes that “extensive COVID-19 immunization is a global public good”. The resolution also underlines the importance of vaccine equity and calls for national and global access to essential vaccines according to risk and needs.

In the discussion, parliamentarians pointed to “a clear schism” between Africa and the rest of the world in the global roll-out of vaccines. According to the World Bank and the World Health Organization, under 2 per cent of people living in Africa’s low-income countries have been fully vaccinated and under 10 per cent in lower middle-income countries. In comparison, over 60 per cent of the population in advanced economies is vaccinated.

Hundreds of MPs from 117 countries, including 44 Speakers of Parliament, attended the first in-person IPU Assembly since 2019. Hosted by the Cortes Generales, the parliament of Spain, from 26 to 30 November 2021, the 143rd IPU Assembly was the fourth time Spain has hosted an IPU Assembly.

A record 38.2 per cent of participating MPs were women – demonstrating the IPU’s decades-long commitment to gender equality and the strong representation of women MPs. Around 25 per cent of MPs attending were under 45, as the IPU continues to support youth participation in politics.

The IPU provides incentives to IPU Members to include more women and young MPs by giving them more rights such as longer speaking times during the Assembly debates.

The overall theme of the Assembly was Contemporary challenges to democracy: Overcoming division and building community. IPU Members are expected to adopt the Madrid Declaration, which calls for a new approach to democracy with a renewed commitment to core democratic values, inclusiveness and problem-solving.

Meritxell Batet, President of the Spanish Congress of Deputies, said: “Pluralism and openness, cooperation and reaching agreements are the essence of parliaments and also of this World Parliament, as the IPU has sometimes been called. The Cortes Generales in Spain are honoured to welcome parliamentarians from around the world. This is the Assembly of Hope. This is the Assembly of Democracy.”

Duarte Pacheco, President of the IPU, said: “These past two years have been marked by a dangerous retreat from our shared commitment to democracy and human rights. We have been witnessing an epidemic of military coups and direct attacks on the institution of parliament in Sudan, Mali, Myanmar, Afghanistan and Guinea. We must stand together to insist on a return to constitutional order. The IPU remains vigilant in defending democracy and helping countries to get back on the democratic road.”

With a growing number of parliaments under assault, dissolved or no longer functioning, the Assembly’s overall theme shone a light on democratic back-sliding around the world.

Sudan is expected to be suspended from the IPU following the unconstitutional dissolution of its Parliament in 2019 by the army. There are still no signs of the transitional parliament that Prime Minister Abdalla Hamdok said would be in place by February 2021. The IPU has not suspended a Member since Egypt in 2013.

In another example of democratic regression, the IPU is also considering how to continue to include in its meetings elected representatives from the parliament of Afghanistan, after the Taliban take-over in August.

Similarly, the IPU is examining solutions to continue to engage with parliamentarians from the Myanmar Parliament that was elected in November 2020 before a military coup in February 2021 led to its dissolution.

At the Assembly, the cases of dozens of parliamentarians at risk from Afghanistan and Myanmar, as well as other countries, were examined by the IPU Committee on the Human Rights of Parliamentarians, the only international body with an exclusive remit to support MPs in danger.

More details on the cases of abused parliamentarians will be published next week in time for Human Rights Day on 10 December.

IPU Members are also expected to adopt a new strategy for the IPU for 2022-2026. The new strategy aims to refocus the IPU on areas where it can have the greatest impact and where there is an urgent need for parliamentary action.

The strategy identifies the following policy priorities for the next five years: action on climate change; democracy, human rights, gender equality and youth participation; peace and security; and sustainable development.

Martin Chungong, Secretary General of the IPU, said: “The 2022-2026 IPU Strategy is designed to make the IPU fit for purpose for the global challenges that lie ahead. It is action-oriented, value-driven, Member-led, and allows parliaments themselves to be the agents of change. The strategy builds on the impact we have achieved so far as a global parliamentary organization, especially in terms of youth participation and gender equality. But it also focuses more deeply on specific policy priorities – especially climate change and supporting parliaments to implementing United Nations agreements like the Paris Agreement. Another change will be to look at parliamentary ecosystems, including all the partners that help strengthen democracy, rather than looking at parliaments in isolation.”

A new award for an MP of the year

IPU Member Parliaments are also expected to agree to establish the IPU Cremer-Passy Prize – an annual award to an MP or group of MPs who make an outstanding contribution to the IPU’s mission as well as to a more united, fair, secure, sustainable and equitable world.

The winner(s) will be announced on 30 June, International Day of Parliamentarism and the anniversary of the foundation of the IPU.

The prize is named after the visionary parliamentarians who founded the IPU in 1889 at the very first IPU Assembly in Paris: William Randal Cremer from Great Britain and Frédéric Passy from France. 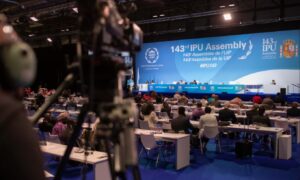