Home » Activity Reports » How do parliaments follow up on IPU resolutions and initiatives?

How do parliaments follow up on IPU resolutions and initiatives? 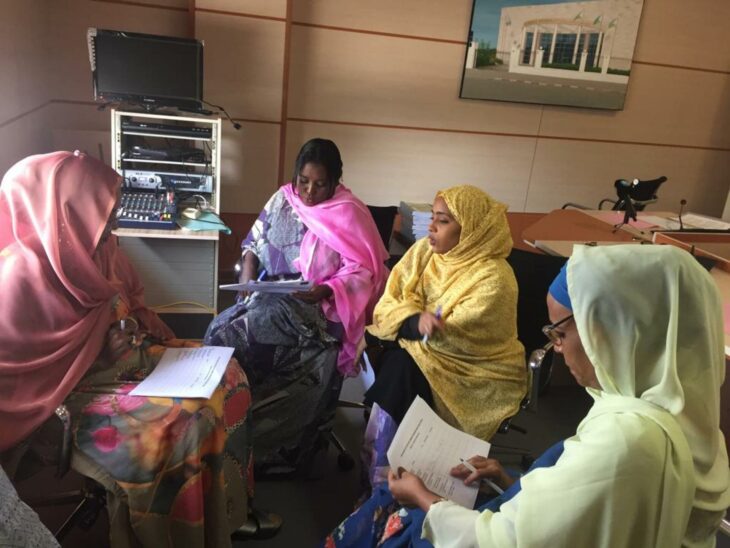 Workshop on empowerment of women MPs in Djibouti, March 2022

What happens after an IPU Assembly? What actions do the IPU Member Parliaments take once they get back home? IPU Members are strongly encouraged to follow up on resolutions and outcomes that come out of any IPU Assembly across an array of issues, from climate change to gender equality and disarmament.

These resolutions can, for example, provide a blueprint for future policy-making and even legislation.

As the 145th IPU Assembly comes to an end in Kigali, Rwanda, we take a look at some of the good practices, following the last yearly reporting of the IPU Member Parliaments.

More than 90% of parliaments surveyed communicated the outcomes from the 143rd and 144th IPU Assemblies to their respective parliaments, and almost half of these reported further action, with some notable examples of good parliamentary practice:

Following the 144th IPU Assembly, the Chinese delegation reported back to the National People’s Congress (NPC), circulating their reports to all committees and administrative bodies.

The NPC has also put in place a raft of new legislation to address the impact of climate change.

The NPC is also pressing ahead with legislation and supervisions on its future carbon peak and neutrality and leading the way on balancing economic growth, well-being and environmental protection.

Zimbabwe held a capacity building workshop. The IPU-UNEP technical support for green COVID-19 recovery focused on building back better after the global pandemic. As a direct follow-on from this workshop, the capacity for legislation on renewable energy was strengthened – which resulted in the Climate Change Bill.

Mauritius has also taken decisive action in the past two years, enacting its Climate Change Act in November 2020. Pursuing climate change resilience and achieving a low emission economy sits within the government’s overarching green economy objective. In December 2021 the Parliament of Mauritius debated a Private Member’s Motion to encourage uptake of electric vehicles, while a series of measures in the 22/23 budget are helping the transition towards more secure homegrown green energy. As an opener, 200 electric buses are to be acquired.

Using the IPU toolkit on gender-sensitive parliaments, Ecuador has taken concrete steps towards gender parity. In 2021, a law was amended to include gender parity and diversity criteria for leadership positions in the National Assembly. Ecuador now has a female speaker and two female-chaired committees – and all vice-chair positions are held by women MPs.

Belgium has also been advancing gender equality in the work of parliament and is now planning to use the IPU toolkit for gender-sensitivity. In April 2017, Belgium’s Senate resolved to strengthen the financial autonomy of women in developing countries in clear reference to an earlier IPU resolution adopted at the 136th Assembly in Dhaka. The Senate is now planning to transform the Belgian Federal Parliament into the most gender‑sensitive assembly in Europe.

Djibouti is already strong on outreach, and it is now equipping itself with a dedicated structure to amplify the voices of women. It organizes a biannual parliamentary “caravan” to reach people in remote areas and collect their requests – following up with evaluation a year on. In March 2022, an IPU workshop with the women’s caucus led to an action plan with three priorities: 1) The establishment of the Caucus’s Bureau; 2)  The promotion of women to positions of responsibility; and 3) Maternal and child health.

The UK Parliament regularly transmits IPU resolutions to relevant government ministers and organizes follow up discussion for parliamentarians and key stakeholders at Westminster. The British Group of the IPU, together with the All-Party Parliamentary Group (APPG) for Future Generations, also contributed to the launch in the UK Parliament of Assuring our common future, a handbook on disarmament for security and sustainable development published jointly by the IPU and other international organizations and institutions.

Nuclear disarmament and an end to weapons of mass destruction are key commitments of the IPU. In addition, the IPU has expanded its operations to combat the illicit flow of small arms and light weapons (SALW) which account, in reality, for a massive number of deaths, especially among women and young people.

In July 2021, in partnership with the presidency of the 7th Conference of State Parties to the Arms Trade Treaty (ATT), the IPU sent more than 80 letters to parliaments of countries that have not yet ratified the ATT. It went further and ran a number of online and in-person events to raise awareness of the damaging effects of the illicit flow of arms and to promote strict control of SALW, including through the ratification of the ATT.

As a result, a two-year stagnation period was broken by parliamentary championship of the ATT, leading to the ratification of the treaty by the Philippines and Gabon in 2022.

This allows for the Treaty to once more gather international momentum and focus with a surge in parliamentary engagement.

No doubt, more examples of good parliamentary practice will follow after the 145th IPU Assembly. 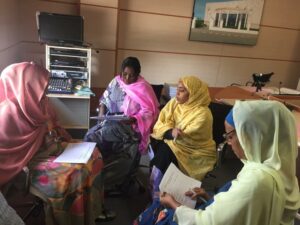 Workshop on empowerment of women MPs in Djibouti, March 2022