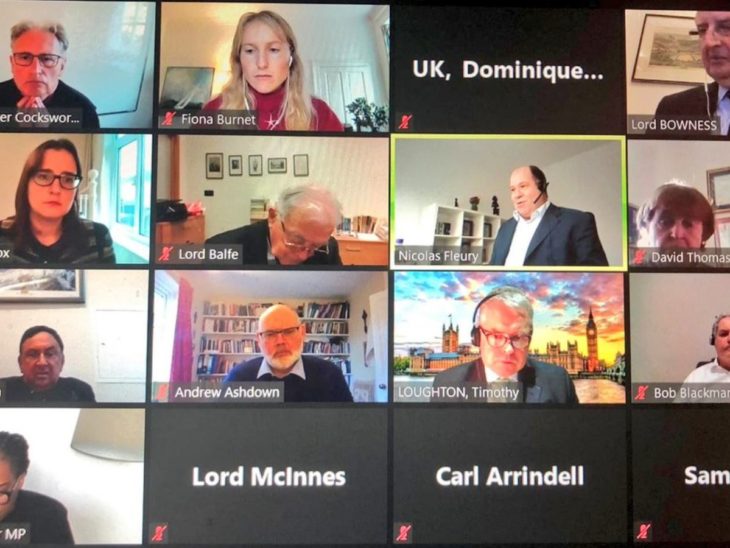 On 26 November, BGIPU co-hosted an event with the International Committee of the Red Cross (ICRC) on the Humanitarian Impact of the Conflict in Nagorno-Karabakh.

On 26 November, BGIPU co-hosted an event with the International Committee of the Red Cross (ICRC) on the Humanitarian Impact of the Conflict in Nagorno-Karabakh. The meeting was chaired by The Lord Bowness CBE DL, Vice-President of the OSCE Parliamentary Assembly and attended by a range of MPs and Peers, all with a keen interest in the Caucasus, including members of both the Armenia and Azerbaijan APPGs. Mr Nicolas Fleury, Operations Coordinator for Europe and Central Asia provided a broad overview of the situation and the ICRC’s work in the region.

Although there are strong views regarding both sides of the conflict, the aim of the event was to focus on the humanitarian impact of the conflict and the ongoing work of the ICRC to protect and assist civilians affected, rather than the politics of the conflict. With missions in both Sepanakert and Barda, the ICRC has been carrying out vital work to support the communities living along the line of contact and the international border between Armenia and Azerbaijan. They have worked to maintain the conflict within the boundaries of international humanitarian law.

Mr Fleury outlined that a large portion of the ICRC response has been around the identification of missing persons and dead body management due to the high number of casualties on the battlefield. Moreover, throughout, the protection of religious, educational and health facilities have remained key areas for the ICRC to help reduce the danger for those who live in the area. Crucially, they have also helped to provide safe routes out of the conflict zone for the thousands who had to be evacuated during the fighting, and for those who have fled the area since the ceasefire.

Despite the Russian-brokered ceasefire which has brought an official end to the bloody conflict, instability in Nagorno-Karabakh persists and the ICRC still has an important role to play. Mr Fleury highlighted concerns around the rise of COVID cases in both Azerbaijan and Armenia due to the flow of people both in to and out of the region. However, the main concerns were around the ICRC’s current lack of access to detainees, which was something that the ICRC hoped that UK parliamentarians could take forward.

The briefing highlighted the devastating impact of the conflict on the civilian population and the crucial work that the ICRC does to aid these civilians. The ICRC noted the ongoing support of the UK government for its operations and the importance of this donation to allow the ICRC to continue to carry out its humanitarian programme. BGIPU would like to thank Mr Nicolas Fleury and the ICRC for taking the time to speak to UK parliamentarians on an area which must not be overlooked. 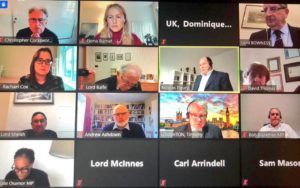 On 26 November, BGIPU co-hosted an event with the International Committee of the Red Cross (ICRC) on the Humanitarian Impact of the Conflict in Nagorno-Karabakh.