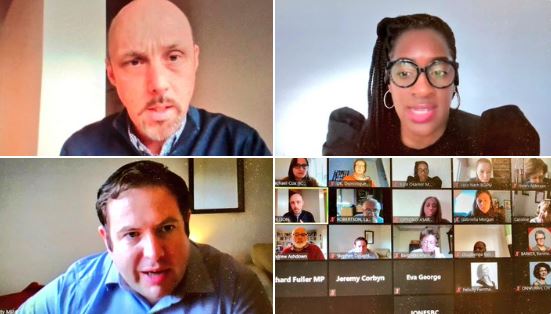 On 28 January, BGIPU co-hosted a briefing with the International Committee of the Red Cross (ICRC) on Nigeria chaired by BGIPU Exco Member and Chair of the Nigeria APPG, Kate Osamor MP

On 28 January, BGIPU co-hosted a briefing with the International Committee of the Red Cross (ICRC) on Nigeria. The meeting was chaired by Ms Kate Osamor MP, BGIPU Exco Member and Chair of the Nigeria APPG and was attended by a range of MPs and Peers, all with a keen interest in the country. Mr Eloi Fillion, outgoing Head of Delegation in Nigeria for ICRC, provided a broad overview of the political, social and humanitarian situation in Nigeria and the ICRC’s work in the region. Ms Helen Alderson, Head of UK and Ireland Delegation, also gave a few words on West Africa’s most populous nation and largest oil producer.

Mr Eloi Fillion spoke at length about the overall degradation of the security in Nigeria, especially in the North of the country – where the majority of ICRC staff are based and operations take place. Five aid workers, from several organisations, were tragically killed last year. Mr Eloi Fillion explained the dynamics behind the armed groups in the region and the factors that are driving violence and upheaval.

In October 2020, Nigerian civilians took to the streets to protest against police brutality. The protests were sparked by widespread claims of kidnapping, harassment and extortion by a police unit known as the Special Anti-Robbery Squad. Eyewitnesses claimed that multiple demonstrators were shot dead by the army. In response to this, Mr Eloi Fillion explained how ICRC have started working with the police to support them in rewriting the regulations which dictate how the police arrest and detain people.

A shortage of resources in Nigeria is causing increased competition and conflict. The chair of the briefing, Ms Kate Osamor MP, who has Nigerian heritage, explained that many people mistakenly blame the conflict on ideological differences between the Christian and Muslim populations, however, she argued this overly simplifies the problem and ignores the root cause to this inequality.

The work done by ICRC faced unprecedented challenges last year due to Covid-19. There were delays in the delivery of services and it was difficult to deploy people. However, despite the disruption, ICRC quickly changed their modus operandi to ensure that aid was provided to those most in need.

The briefing highlighted the impact of conflict and the crucial work that the ICRC does to aid the civilians affected. The ICRC noted that a significant proportion of their financial support comes from the UK and this is vital for the continuation of their work and services in Nigeria. BGIPU would like to thank Mr Eloi Fillion and Ms Helen Alderson for taking the time to speak to UK Members of Parliament on the issues faced by Nigeria. 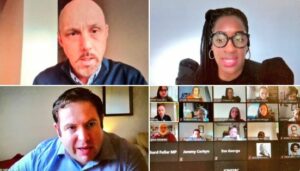 On 28 January, BGIPU co-hosted a briefing with the International Committee of the Red Cross (ICRC) on Nigeria chaired by BGIPU Exco Member and Chair of the Nigeria APPG, Kate Osamor MP