Home » Activity Reports » If women thrive so shall we all

If women thrive so shall we all 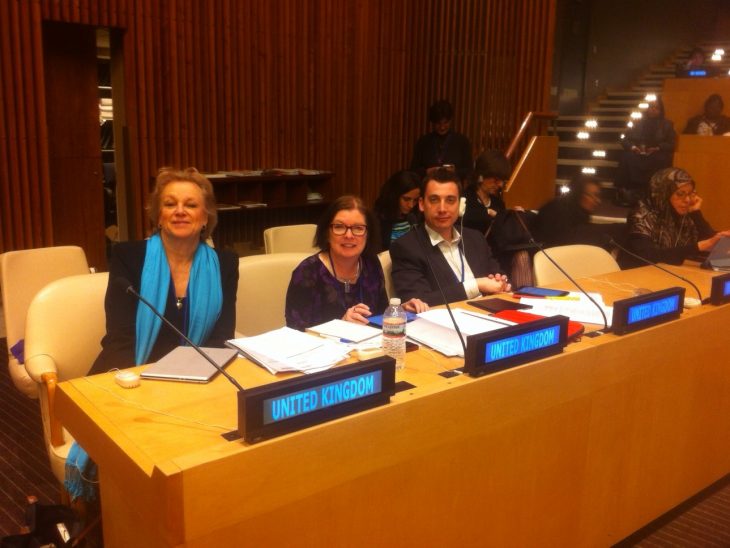 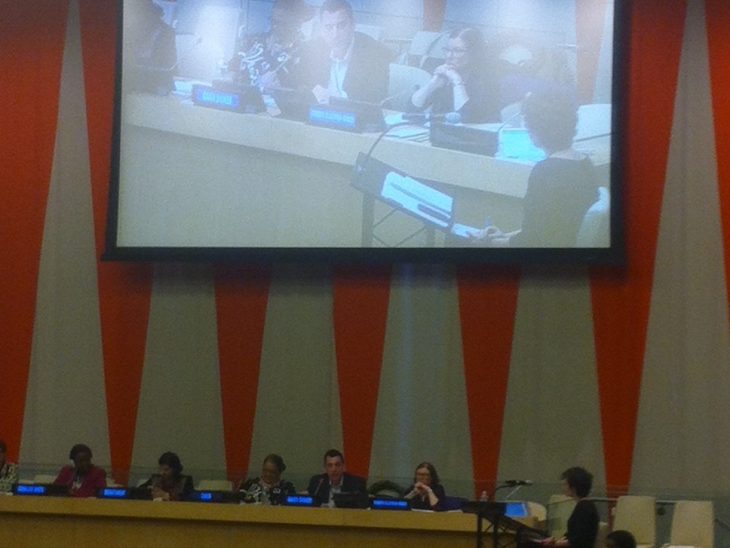 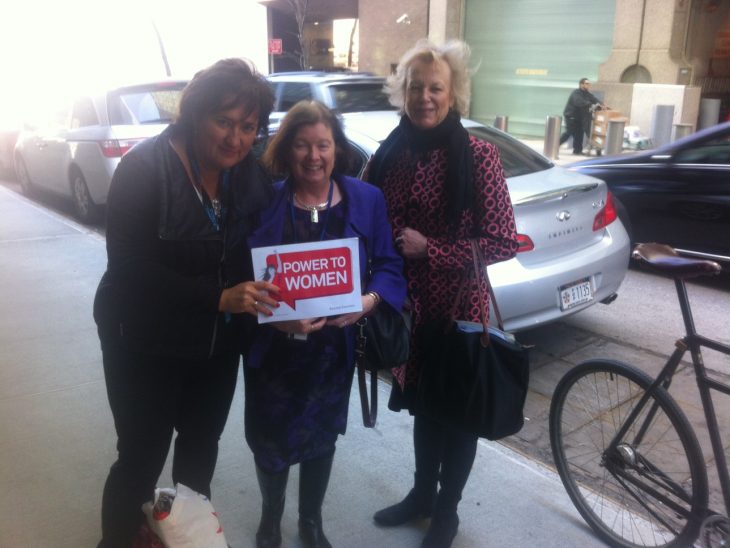 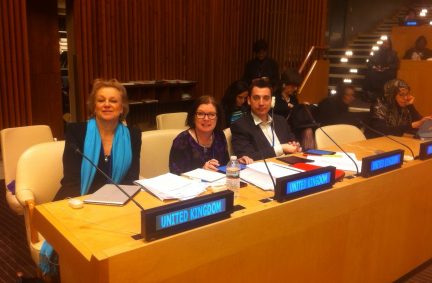 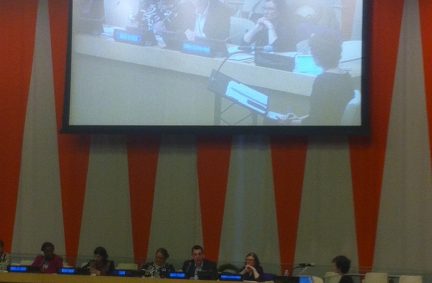 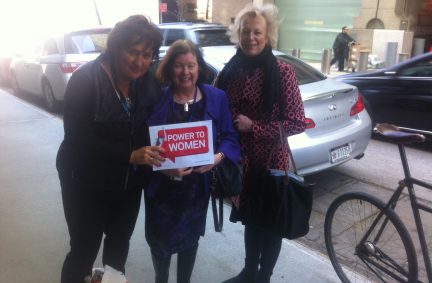 “Women are the solution to some of the biggest problems of growth, poverty, the sustainability of the environment, peace and human rights”, said Phumzile Mlamba-Ngcuka, the UN Women Director, in her message inaugurating the 59th session of the Commission on the Status of Women (CSW) meeting which took place at the UN from 9th to 20th March this year. She went on to urge that gender equality should be achieved by 2030.

CSW’s theme this year was the Beijing Review and Platform for Action 20th Anniversary Review with the outcome documents being a Political Declaration and a Resolution on Working Methods.

This year CSW welcomed the largest contingent of 1100 NGOs (non-governmental organisations) from all over the world, composing 8600 women. I led a delegation of UK parliamentary delegates including Gavin Shuker MP, Roberta Blackman-Woods MP, and Diane Abbott MP for first week sponsored by the British Group of the Inter-Parliamentary Union (BGIPU). With the General Election impending, only one Minister, Baroness Northover, was able to attend, however the UK had the usual strong delegation of NGOs.

Helene Reardon-Bond and her team at the Government Equalities Office (GEO) had put much work into preparation for UK delegates, holding a meeting last November for all the NGOs going and participating in a briefing session organized by BGIPU for parliamentarians in February. At CSW, the British contingent are the envy of the other country delegations as there are briefings at the Mission most evenings and also a reception hosted by our Ambassador. The meetings give us all the opportunity to be briefed on issues which included the Post 2015 agenda, military work in connection with UN SCR 1325 in DRC by Major Rachel Grimes, and a presentation by the new Slavery Commissioner Mr. Kevin Hylands.

“Women’s and girls’ voices too often go unheard, their talents and initiative unused. This is to the detriment of the world’s prosperity and security,” said UN Secretary-General Ban Ki-Moon in the Opening Session of the Official Meetings, where he announced the goal for gender equality of achieving ‘50:50 by 2030’. The majority of the time the official meetings consist of country statements and on the Wednesday I went back to the Chamber to listen to Baroness Northover delivering the official statement for the UK.

Many governments run side events and in recent years the UK has been trying to introduce some ‘cutting edge’ issues at CSW that have not been raised before. All the UK meetings were packed out! On the Monday, they ran an event with the Danes, on ‘How Women’s and Girls’ voices are silenced’, focussing on cyber-bullying. The following day Baroness Northover chaired a PSVI (Preventing Sexual Violence Initiative) event: Empowering Womens’ Human Rights Defenders in Iraq and Syria. On the Wednesday the UK co-hosted an event with World Vision and Plan UK “Girls at the Centre” and on the Friday participated in the Dove and Girl Guides side event “Body confidence and self-esteem”, building on events they have run at CSW in previous years.

There were around 450 NGO events at CSW this year and I think that all the parliamentary delegates, participated in some of the events run by the UK NGOs. I chaired a meeting for Women’s Alliance for a Democratic Iraq on women and conflict, spoke at a meeting organised by UN Women UK National Committee and International Association of Women Police on “Ending VAWG: Slavery and Trafficking Beijing + 20 and chaired a meeting for Widows for Peace through Democracy.

We also attended the IPU day, which is a meeting of all parliamentary delegates and Gavin Shuker MP and Roberta Blackman-Woods MP were panellists in the session on “Partnerships for equality”. Other sessions included this year were “Beijing and beyond: what more is required to achieve gender equality?” and “Driving global change: women’s leadership in international fora”.

This year’s Political Declaration, agreed by all the member states, was published on the Friday 6th March before the start of CSW. However, it was not without controversy, because publishing it before CSW started meant that there was no opportunity for NGO comment.

Whilst UK NGOs had been able to make advance input into the document, facilitated by the GEO, many other countries had not given their civil society organisations similar opportunities. Many NGOs felt that the wording was very weak, especially on Human Rights and Sexual and Reproductive Health Rights. This resulted in some of the caucuses, including Asia Pacific, Latin America, Africa and the European Women’s Lobby publishing their own statements.

The Working Methods Resolution, looking at the CSW’s working methods going forward, was negotiated during the second week. I understand that some issues that were hard fought over, most notably a push by some countries to remove ‘Human Rights’ throughout the document – and Human Rights is the gateway to introducing sexual and reproductive health rights on which there has been pushback in recent years. However, thanks to the sterling efforts of those on the UK negotiating team and others, some human rights references are in the final document and there is no weakening of the current CSW working methods and the role of CSW. There will, I understand be more focus on implementation going forward.

It is a real privilege to attend CSW and I am very grateful to the BGIPU for having sent me. It is a truly amazing conference on many levels. Especially moving are some of the NGO events where one hears from human rights defenders often under threat on the ground. I was particularly moved this year by two of them: one was with women from Afghanistan where during the meeting we heard news of another Afghan women MP having been shot, and they ended by appealing to us not to forget them; and another was a meeting about women in Iraq and Syria where they talked about what was happening in these countries and the terrible sexual violence. These are stories that should be broadcast across the world and yet, even though CSW is the second biggest meeting at the UN, there is hardly ever any publicity. I hope that perhaps this can be addressed in the future as the media can be a powerful tool for transformation we to achieve gender equality we need their help!

I conclude with the words of the UN Secretary-General, Ban Ki-moon, “The world will never realise 100% of its goals if 50% of its people cannot realise their full potential. Too often leaders have used women to advance their own power. We must use our power to advance women. Let us use this year of potential to secure the future for all.” 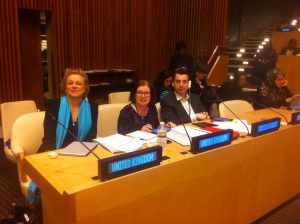 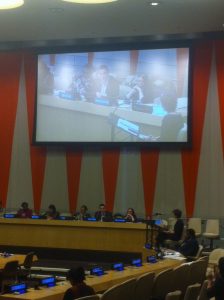 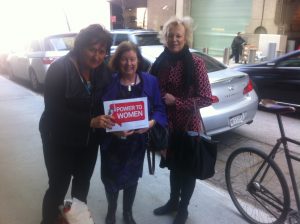