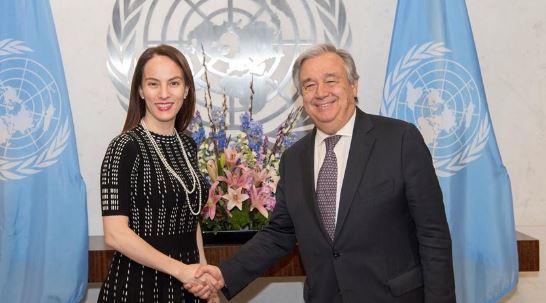 By Gabriela Cuevas, President of the IPU, on the occasion of International Day of Democracy on 15 September 2019

Declarations of democracy’s demise are perhaps premature. All across the world, people are expressing their will for democratic institutions that protect human dignity. Recent elections in the US, Mexico and various countries of the European Union had record high voter turnout. While social media platforms are mobilising a new generation of civil leaders.

But support for democracy remains fragile. Countless studies confirm that democracy is in retreat in many places and that people are dissatisfied with what they see as lip service to the values of democracy. They are frustrated by the elites who seem out of touch with their needs and a system of governance that is failing to deliver at a time of growing inequality, and sweeping changes from globalisation and technology. Furthermore, populists are skilfully stoking these frustrations by sowing division, fuelling resentment and exploiting prejudices.

Democracy is a two-way street – a constant dialogue between civil society and the political class. But as people fight to maintain civic space, it is still shrinking worldwide at an alarming rate and as a result, civil society activists are finding it increasingly difficult to operate. Parliamentarians, human rights defenders and journalists are under attack, hounded, detained and in some cases killed.

At a time when trust is low and anxiety is high, we need to nurture people’s trust in democracy by ensuring that parliaments and parliamentarians represent the will of the people. Parliaments are, after all, the very essence of democratic governance – government for the people by the people.

At the IPU, we have been empowering parliamentarians to strengthen democracy since our creation 130 years ago. From a small group of parliamentarians in 1889 we have grown into a global organization of national parliaments representing 179 national legislatures.

Democracy’s legitimacy depends on parliaments that represent the diversity of the society they are meant to represent. Exclusion or marginalisation of any group must be reversed to protect the principles that underpin democratic governance.

This means improving women’s representation in parliament. Although the number of women MPs has risen steadily over the past 25 years, it is still a sad fact that fewer than one in four parliamentarians globally is a woman. For example, in the region I come from – Latin America – 30 per cent of MPs are women – largely boosted by well-designed quota policies, many welcomed and supported by the IPU support – but we have a long way to go to reach gender parity.

Similarly, half the world’s population is under thirty, but only two per cent of MPs are in that age group. Young people are critical to the survival and success of democratic institutions. The IPU has been at the forefront of efforts to boost youth political empowerment. The IPU Forum of Young Parliamentarians is an international framework for youth participation in democracy. Some countries have established electoral quotas and targets, lowered the age of eligibility and set up networks of young MPs. For example, in 2018, Nigerian President Muhammadu Buhari signed into law the Not Too Young to Run Bills that reduce the age at which citizens can run for elected office.

The international community needs to scale up support for strengthening inclusive parliaments that address the real concerns of the people. We, at IPU, are committed to leading these efforts. As frustrations grew over inaction on climate change, the IPU helped parliaments translate the 2015 Paris Agreement into national legislation. Aware of anxiety over migration flows, we made sure that parliamentarians’ voices were heard during the negotiations on the UN Global Compact on Migration.

It is vital that parliaments and parliamentarians truly represent the people, address their needs and work for the common good. It is only then that we will be able to restore trust in our democratic institutions and ensure their survival for generations to come. At the IPU, we see many innovative examples of parliaments reaching out to the people. For example, the Eduskunta, Finland’s parliament, holds regular “Ask the Speaker” live sessions on social media which allow citizens to ask questions directly.

Over the IPU’s 130-year history, we have seen the positive impact a stronger parliament can have on drastically improving people’s lives and reinforcing democratic institutions. As we mark International Democracy Day, we are committed to pursuing our work with even more energy and creativity. It is our duty as people across the globe recognise that stronger democracies are the best response to extremism and the challenges the world faces.

In sum, it is not democracy as a system of values, principles and governance that is being questioned. It is the approach to, practice of democracy and the institutions established, often centuries ago, therefore that need to be reviewed and made more effective for the benefit of the people. It is clear that that democracy must be redesigned for the challenges of the 21st century. 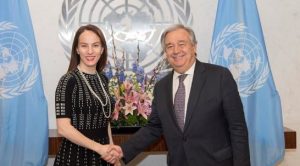