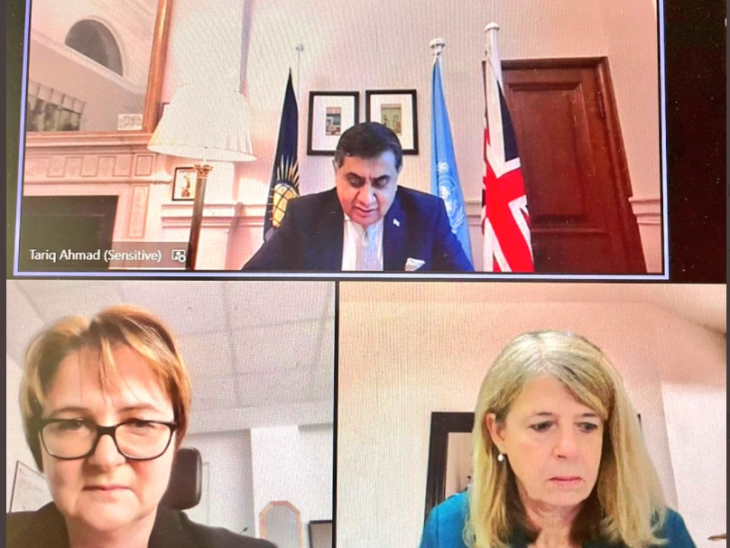 An excellent briefing by HMA Kathy Leach, on the current situation in Kazakhstan, which was supported by Lord Ahmad, Minister for Asia, and BGIPU Chair Harriett Baldwin.

On Thursday 13th January, BGIPU hosted a briefing with Her Majesty’s Ambassador to Kazakhstan, Her Excellency Kathy Leach, and the Minister for Central Asia, Lord Ahmad of Wimbledon. The meeting was chaired by Harriett Baldwin MP, Chair of BGIPU. It was attended by a wide range of MPs and Peers, including representatives of the Foreign Affairs Committee, International Relations and Defence Committee and the APPG on Kazakhstan.

The HMA outlined that while a rise in fuel prices had initiated minor protests, these had gained momentum in the following days due to wider dissatisfaction, with a particular focus on economic and social challenges.  The Ambassador highlighted however, that there is a belief that provocateurs were sent into the crowds to heighten the chaos and deliberately stir up trouble.  It will be some time before we find out the truth of what happened, especially in Almaty.  Peaceful protests quickly changed to organised violence and a state of emergency was declared.  President Tokayev sought the assistance of the Collective Security Treaty Organisation (CSTO) to help restore order. The Ambassador noted that the situation was now returning to normal with Almaty airport reopening and the state of emergency lifted in the North (still to be lifted in the South). Discussions followed concerning issues such as the importance of the bilateral relationship between the UK and Kazakhstan and what more UK Members could be doing to advance these ties, the influence of China and Russia in the region and Kazakhstan’s transition to clean energy.

The excellent briefing given by Ambassador Kathy Leach and Minister Ahmad gave the MPs and Peers in attendance a thorough overview of the social and political situation in Kazakhstan. Evidently, the bilateral relationship between the UK and Kazakhstan has potential for further development. Engagement with BGIPU support allows for important issues to be discussed at a parliamentary level with the aim of advancing bilateral relations. BGIPU would like to thank both Ambassador Kathy Leach and the Minister for Central Asia for this informative briefing. 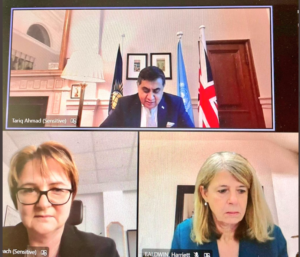 An excellent briefing by HMA Kathy Leach, on the current situation in Kazakhstan, which was supported by Lord Ahmad, Minister for Asia, and BGIPU Chair Harriett Baldwin.