Insights on Brexit as Lithuania reaffirms partnership with UK 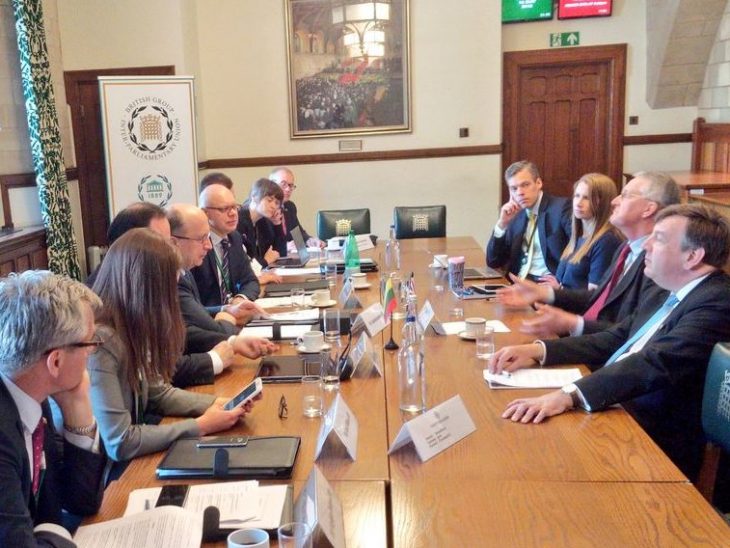 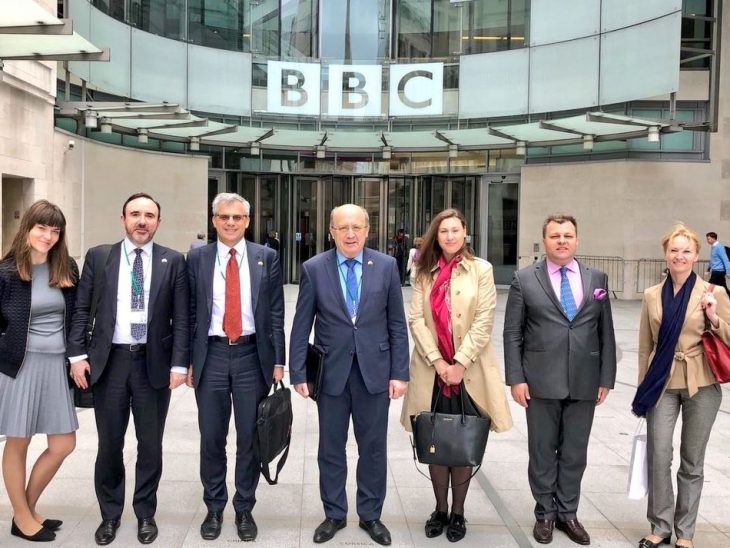 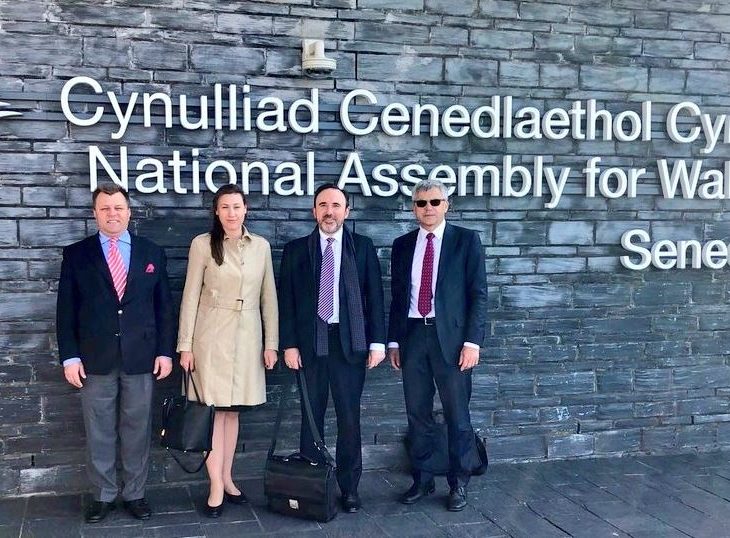 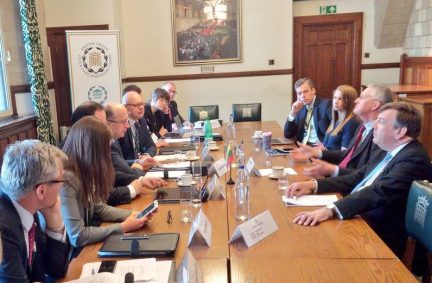 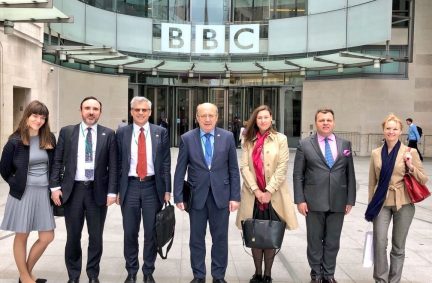 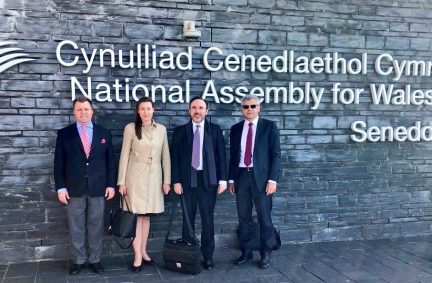 The visit started on Monday with an introduction to the Westminster parliamentary system by Matthew Hamlyn, Clerk of the Overseas Office, complemented by a short overview of the current political situation by BGIPU director Rick Nimmo. After a breath of fresh air on the Parliament’s Terrace to digest the complexities of the UK Parliament, the Rt Hon. the Baroness Anelay of St Johns DBE hosted the delegation for a Welcome Lunch in Peers Dining Room, which was attended by a range of Members from both Houses.

The afternoon was spent with meetings in Whitehall, first with the Rt Hon. Sir Alan Duncan MP, Minister of State for Europe and the Americas at the Foreign and Commonwealth Office, with whom they discussed bilateral relations in the context of Brexit, but also regional relations, with a particular focus on the threat posed by Russia. These topical discussions continued during the next meeting with the Rt Hon Mark Lancaster TD MP, Minister of State for the Armed Forces at the Ministry of Defence, who decided to host the delegation at the Royal Horseguards instead of the MOD building, so that the delegation could feel a whiff of history standing in the 1st Duke of Wellington’s former office. Overhearing soldiers rehearsing their drills in the background further helped setting the scene. In the evening BGIPU Chair Nigel Evans MP hosted the delegation for an informal Welcome Dinner attended by other UK MPs including Alex Sobel MP, who brought his Lithuanian-born mother along.

The delegation spent Tuesday morning with the not only knowledgeable but always humorous Stephen Pound MP, who showed the delegation around the Palace of Westminster, adding a few quirky anecdotes from history and his own 21 years in Parliament. Back to the present political reality the delegation then met with Hilary Benn MP, Chair of the Select Committee on Exiting the EU, to hear more about the committee’s role in holding the Government to account in the Brexit negotiations. Mr Benn was joined by fellow committee member Rt Hon. John Whittingdale OBE MP, who as a Conservative Member and pro-Brexit campaigner added his own perspective on the Brexit process.

The delegation then had a chance to observe part of an evidence session with the Digital, Culture, Media and Sports (DCMS) Committee as part of their enquiry into “Fake News”. During the subsequent lunch hosted by Mr Whittingdale in his role as chair of the Lithuania APPG they were also joined by the DCMS Chair Damian Collins MP and used the opportunity to hear more about the enquiry’s remit and discuss the issue of fake news in a broader sense, including Lithuania’s own experiences.

The afternoon continued with a debate on Brexit, as the delegation met with Lord Callanan, Minister of State at the Department for Exiting the EU. Lord Callanan not only gave the delegation a government perspective on the process and the current negotiations with Brussels, but also shared some insights into the passage of the EU Withdrawal Bill following several defeats in the House of Lords, where the Government does not have a majority.  The delegation then also had a chance to observe proceedings in the House of Lords Chamber, before continuing discussions on Europe with Members of the Lords’ EU Select Committee. The evening was spent at the Lithuanian Embassy, where the delegation engaged with members of the large Lithuanian diaspora in the UK.

On Wednesday morning the delegation went to the BBC’s New Broadcasting Centre to visit the Russian Language Service and meet with Jamie Angus, Director of the BBC World Service Group, to discuss the challenges posed by misinformation provided by media outlets controlled by the Russian state and ways how for example the BBC could expand their Russian-speaking services in Lithuania and the region. The delegation then arrived back in Parliament just in time to observe Prime Minister’s Questions from the Special Gallery in the House of Commons Chamber. This was followed by a working lunch hosted by Matt Warman MP, who has a significant Lithuanian diaspora in his constituency. Back to the topic of defence cooperation especially in the context of Brexit the delegation enjoyed their last meeting in Westminster with Dr Julian Lewis MP, Chair of the Defence Select Committee, before Mr Kubilius and Ms Morkunaite had to head back to Lithuania, while the rest of the delegation started their bus journey to Cardiff.

Starting Thursday morning strolling along picturesque and sunny Cardiff Bay towards the Welsh Assembly, the delegation was in good spirits and excited to learn more about devolution and the welsh perspective on the Brexit negotiations. They had ample time to discuss this during their half-day spent at the Senedd, which included a tour of the building, a session on the mechanics of the Assembly and its business as well as a meeting and working lunch with David Rees AM, Chair of the External Affairs and Additional Legislation Committee and some of his colleagues. The delegation then enjoyed a boat ride to Cardiff Castle, where they marvelled at the castle’s gothic interior and learned more about the quaint history under the ownership of the Marquesses of Bute. It was then time to head back to London for return to Lithuania.

The delegation visited at a pivotal time in parliamentary consideration of the EU Withdrawal Bill and was able to gain significant insights into not only the process but many of the motivations behind Brexit.  Delegation members heard about the issue from many differering perspectives but there was a clear message that while implementation was fraught and the path forward still uncertain, the majority of UK parliamentarians were strongly committed to implementing the will of the people to leave the EU as decided by the Brexit referendum.  While there were fears the UK’s departure from the EU carried risks for relations with particulalr EU member states, there was clear willingness on both sides to maintain close bilateral links with a close focus on the future security of Europe.  This reflected common perceptions and fears on both sides at the specific vulnerability of Lithuania and its Baltic neighbours to the hybrid and multi-dimensional threat posed by Russia. 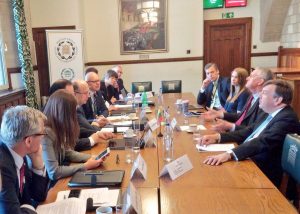 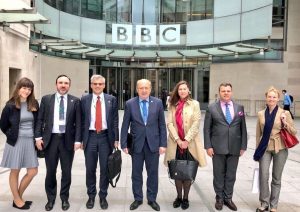 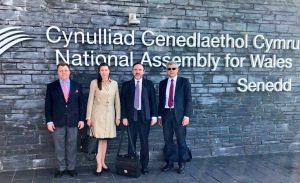