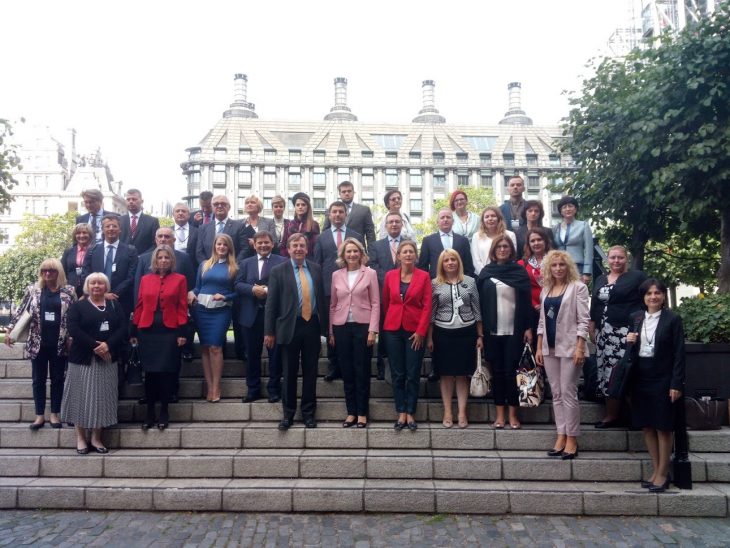 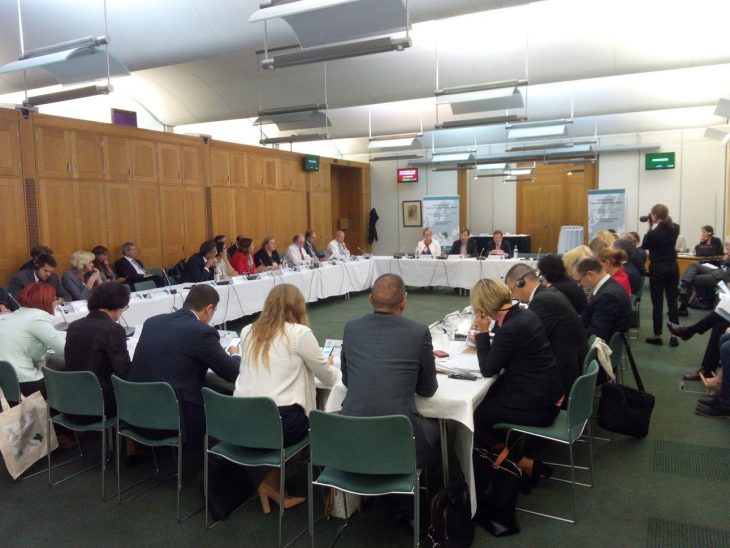 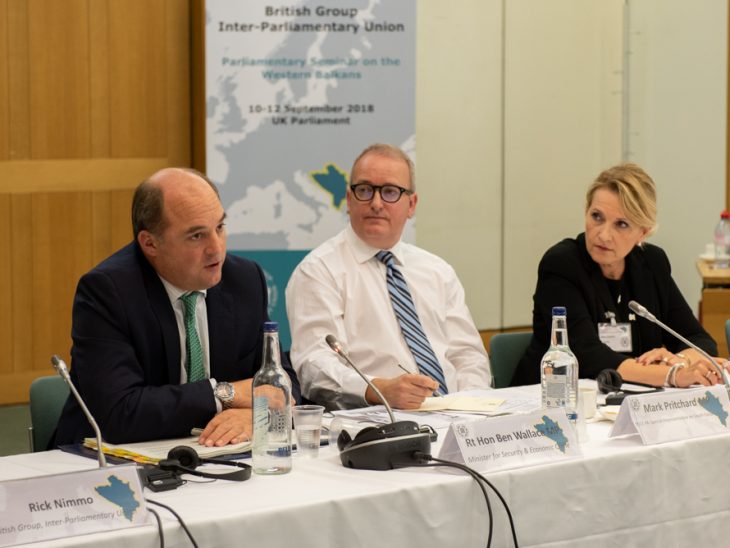 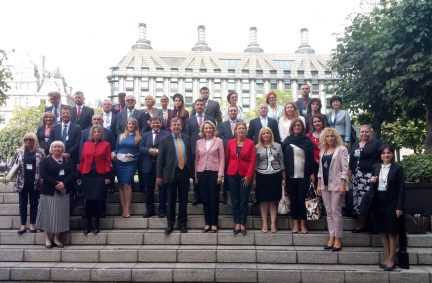 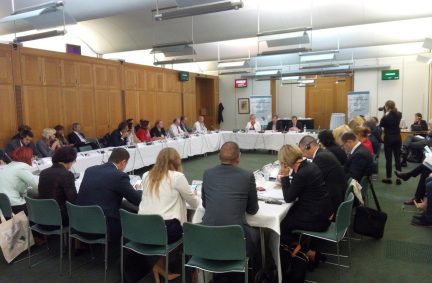 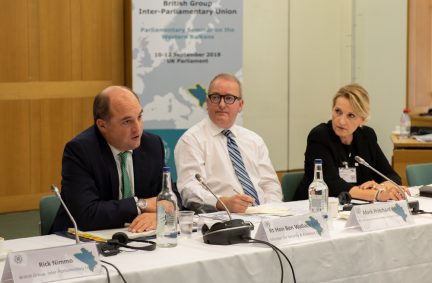 UK Prime Minister Theresa May hosted Leaders from the 6 Western Balkans countries, along with representatives of Austria, Croatia, France, Italy, Germany, Poland and Slovenia, and their counterparts from Bulgaria and Greece, the European Commission and European External Action Service (EEAS) on the second day of the London 2018 Western Balkans Summit on 10 July 2018.  The Summit formed part of the Berlin Process which aims to boost regional co-operation among the Western Balkan countries and their European integration.

Following the UK Government’s hosting of the Western Balkans Summit, BGIPU convened an International Parliamentary Seminar on the Western Balkans from 10-12 September 2018 at the UK Parliament.  The seminar involved some 50 UK Members and Peers, parliamentarians from 8 countries and civil society experts from across the region.  It also heard from the Foreign and Commonwealth Office, the British Council and the Westminster Foundation for Democracy.

Summary Report and Conclusions from the Chair

The Seminar was convened by BGIPU Vice-Chair, Rt Hon John Whittingdale OBE MP, who chaired the opening and closing sessions with individual thematic sessions chaired by other UK MPs and Peers.  Mr Whittingdale also tabled his conclusions from the seminar in the closing session.  A summary report of the seminar has been produced and there is also a Flickr collection of official photographs from the Seminar.

Objectives of the Seminar

By bringing together parliamentarians from across the Western Balkans Region and key partners to discuss the outcomes of the Western Balkans Summit, BGIPU sought to ensure that regional issues and priorities are not just being discussed at the Executive level but the Berlin Process is better understood and scrutinised at the Parliamentary-level.  Additional background is outlined below and an indicative programme has been circulated to participants.

The Berlin Process and the Western Balkans Summits

The Berlin Process is an initiative to boost regional cooperation among the Western Balkan countries and their European integration. Initiated by Chancellor Merkel of Germany in August 2014, it is a joint initiative of 13 European countries and the European Commission to support efforts to integrate the region in the European Union and foster regional cooperation. The parties involved in this Process are Albania, Austria, Bosnia and Herzegovina, Croatia, France, Germany, Italy, Kosovo, Macedonia, Montenegro, Serbia, Slovenia and the United Kingdom as well as the European Commission. Poland was also included in the 10 July Summit hosted by the UK in London as the host of next year’s Summit.

Consisting of yearly high-level meetings, this process aims to reaffirm the region’s EU aspirations by improving cooperation and economic stability within it. Connectivity is an important aspect of this process. Creating high-level political connections, reconciling societies by stimulating youth exchange and education projects, and resolving outstanding bilateral disputes, while ensuring civil society participation in the whole process, are other significant aspects of this initiative. The process has brought a positive momentum for regional cooperation, notably through its projects which are expected to have an economic and social impact that will complement the EU membership ambitions of the individual countries.

Participating heads of state and government from across the Western Balkan region and from Europe have met in Berlin (2014), Vienna (2015), Paris (2016) and Trieste (2017). The 2018 Western Balkan Summit was held in on 10 July 2018 in London. The Summit focused on economic stability, security cooperation, ‘legacy issues’ in the region and the contribution to be made by youth and civil society groups. It had particular emphasis on entrepreneurship and digital skills, on anti-corruption and regional knowledge sharing on security concerns, and on ensuring continuity with the democratic processes involved in reconciliation efforts following the recent closure of the ICTY. With the UK’s decision to leave the European Union, hosting the Summit this year also highlighted the UK’s ongoing support to the region and the regional European integration efforts.

A key role to be played by Parliamentarians

The Western Balkans Summit in London emphasised the role of democratisation in the region making this a critical time for the role of parliaments to be emphasised and advanced.  In a region emerging from a difficult past, it is imperative that dialogue to improve regional cooperation and connectivity is not just taking place in the upper echelons of the political machinery. In the spirit of the IPU and its emphasis on parliamentary dialogue, this Conference will facilitate parliamentary engagement in the outcomes of the Western Balkans Summit and provide a chance for connections to be made between fellow parliamentarians. This is key to the pursuit of improved relations at all levels in the region.

The purpose of the BGIPU International Conference on the Western Balkans was to bring together parliamentarians from across the Western Balkan region and key stakeholders from Europe to build upon the momentum following the Western Balkan Summit which was held in London on 10 July 2018, to encourage debate on good practice for legislation which supports the Summit outcomes and to ensure oversight of governmental commitments to these same outcomes. It also encouraged inter-parliamentary cooperation and dialogue towards a common regional aim. 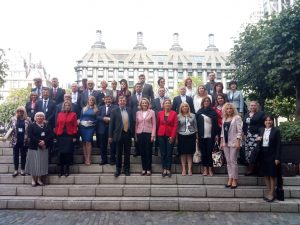 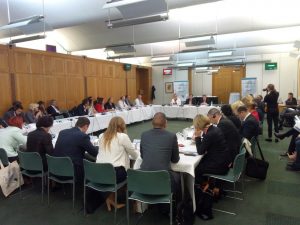 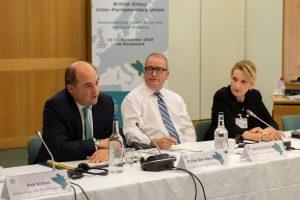