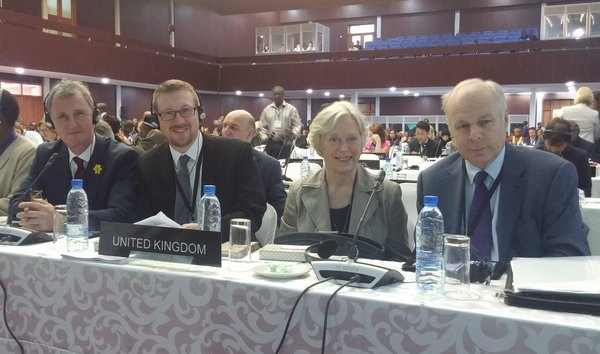 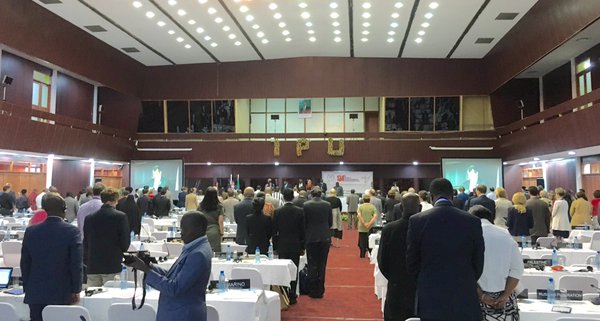 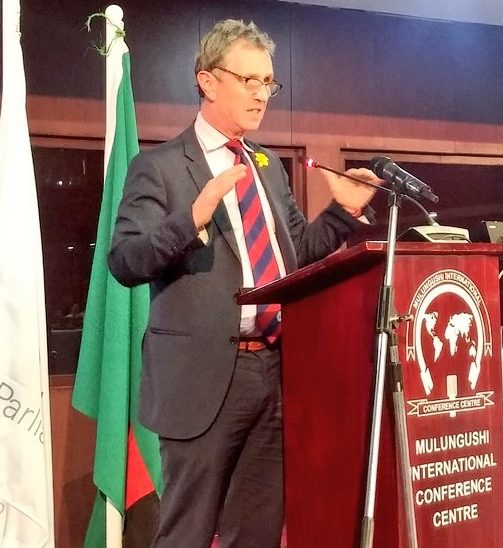 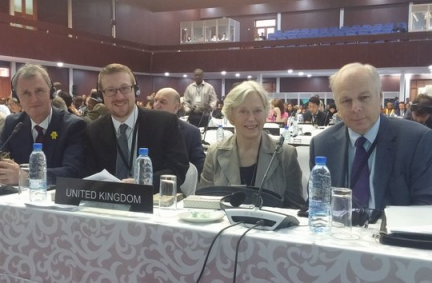 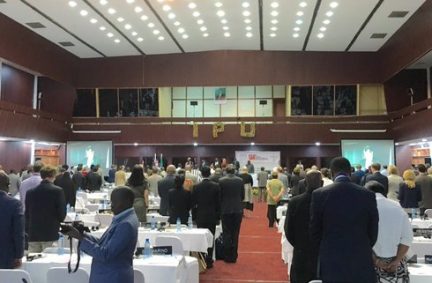 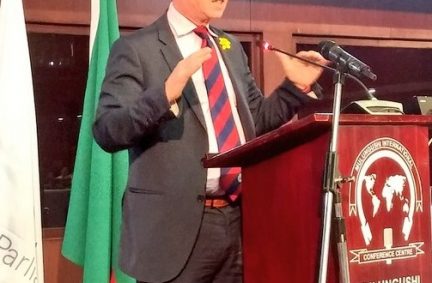 The IPU’s 134th Assembly was held at the Mulungushi International Conference Centre in Lusaka, Zambia from 19-23 March 2016 with a general debate on “Rejuvenating democracy, giving voice to youth”.  The BGIPU Chair, Nigel Evans MP, delivered the UK statement to the general debate calling for the world’s MPs to act now to end the alienation of young people from politics & parliaments.  More than 670 MPs from 131 countries, including 87 Speakers and Deputy Speakers of Parliament attended the 134th IPU Assembly.

In its opening session, the IPU welcomed back Comoros, Egypt and Guyana as nembers of the organization. Their admission lifted the total IPU membership to 170, marking a significant step forward in the Organization’s goal to achieve universal membership.  “IPU warmly welcomes Comoros, Egypt and Guyana back to the global parliamentary fold. Egypt’s return is the result of continued engagement on a roadmap to democracy and particularly significant because once again, the whole of the Arab world is in IPU,” says Saber Chowdhury, IPU President.  “With a membership of 170, IPU has reached a milestone which will only serve to make us redouble our efforts to engage those parliaments who remain outside of IPU,” the President added.  The Inter-Parliamentary Assembly of Member Nations of the Commonwealth of Independent States (IPA CIS) also became an Associate Member of IPU, whilst the Forum of Parliaments of the International Conference on the Great Lakes Region (FP-ICGLR) was given observer status.

Having strongly condemned the terror attacks in Brussels on 22 March as a brutal assault on democracy and core human values, the IPU called for a wide range of actions to counter the growing global threat of terrorism.  In a resolution proposing a multi-faceted approach to dismantling terrorist networks, combatting hatred, and counteracting terrorist propaganda.  The resolution stressed the “absolute need” for international anti-terror cooperation to be stepped up.  Among the nearly 30 action points identified, it urged parliaments to legislate to combat pro-terror websites and to criminalize acts such as travelling abroad to commit terror, recruiting and training terrorists or funding terrorism.  IPU Members also called for action to cut the risk of extremism taking root – by tackling poverty, discrimination and unemployment while increasing dialogue, education and youth empowerment measures.

In a statement in reaction to the attacks in Brussels, IPU President Saber Chowdhury pledged the Organization would do its utmost to engage all groups in social and political processes. Members would work to make parliaments more representative institutions to provide a space and mechanism for political differences to be resolved through discussion and negotiation.  Underscoring the relevance and tragic timeliness of the resolution on terrorism, he called on all Members to follow up on the commitments made at the Assembly.

Among these were ways to rejuvenate democracy and restore public confidence in political institutions and politicians, whose images have been undermined by a growing disconnect with the people, lack of transparency and corruption.  In a document outlining how parliaments and parliamentarians could help rejuvenate democracy and give the world’s young people a voice in political decision-making, IPU Members stressed that responses to rising extremism must be based on more democracy, not less. Ensuring young people had opportunities and a viable future would help defeat radicalism.  “It is time for action to bring about a democratic renaissance,” said President Chowdhury. “Political institutions have too often failed to open up to young people. Our institutions have not kept up with the fast-changing and increasingly interconnected world into which young people have been born.”  The Assembly’s main theme of rejuvenating democracy was prompted by statistics showing declining youth voting trends at a time when the world’s youth population is at its highest-ever level.

IPU Members committed to adapting and modernizing their parliaments so they become inclusive, open institutions capable of delivering a better future for youth. Quotas to raise the number of young people in parliament, using modern technology to increase political engagement and transparency, and boosting political empowerment through the inclusion of civic education on school curricula were some of the proposed solutions.

A separate and comprehensive IPU resolution addressed the threats posed by armed conflict and terrorism to the world’s cultural heritage, including the destruction of historic sites and the looting of artefacts to fund extremism. The tragic destruction of Palmyra in Syria, one of the most important ancient sites in the world, was the latest example of the need to find effective ways to protect cultural heritage. The resolution recommended that intentional destruction should be defined as a war crime.  It urged States to become party to the 1954 Hague Convention and its protocols, dealing with the protection of cultural property in armed conflict, and all other relevant UN Conventions.  Parliaments were also urged to take all action in their power, including ensuring laws were in place to prosecute perpetrators.  Parliamentary measures to protect cultural heritage from the impact of mass tourism, climate change and urbanization were also identified.

An emergency item brought forward by France and Uruguay highlighted the plight of 230 million children under five years of age without a legal identity because they were not registered at birth as a significant challenge among various humanitarian crises in the 21st century.

The 134th Assembly also convened the Meeting of Women Parliamentarians (subsequently renamed the Forum of Women Parliamentarians), the IPU’s Forum of Young Parliamentarians, the Committee on Middle East Questions and the Committee on the Human Rights of Parliamentarians, which held hearings and examined cases before issuing a report on the violations of the rights of MPs.  The IPU’s Committee on UN Affairs also held a session on the process for the selection of the next UN Secretary General which highlighted the 1 for 7 billion campaign seeking to ensure the proicess has greater transparency and a more representative outcome.  BGIPU Chair, Nigel Evans MP, with Senator Rojas of Mexico, NDI and UNDP also presented key examples of UK initiatives encouraging Open Parliaments in an interactive debate in the IPU’s Committee on Democracy and Human Rights.  BGIPU Vice-Chair, Ian Liddell-Grainger MP was also nominated as IPU Vice-President for the 12 Plus geopolitical group and was honoured to be appointed to the post of Vice-President of the IPU Executive Commitee.

The Assembly took place following the 3rd IPU Global Conference of Young MPs, which had a specific focus on the contribution of youth and #YoungMPs in delivering the new generation of development goals agreed by world leaders in 2015.   IPU Assemblies, held twice a year, bring together MPs from the Organization’s 170 Member Parliaments to define policy on key international issues.  Full details on the 134th IPU Assembly are available on the IPU website.  Follow or take part in discussions on Twitter using #IPU134. Photos of the event are also available on Flickr. 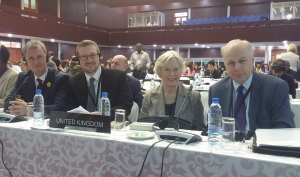 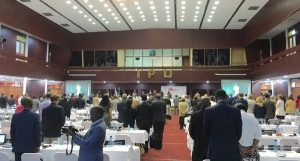 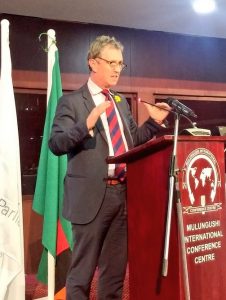