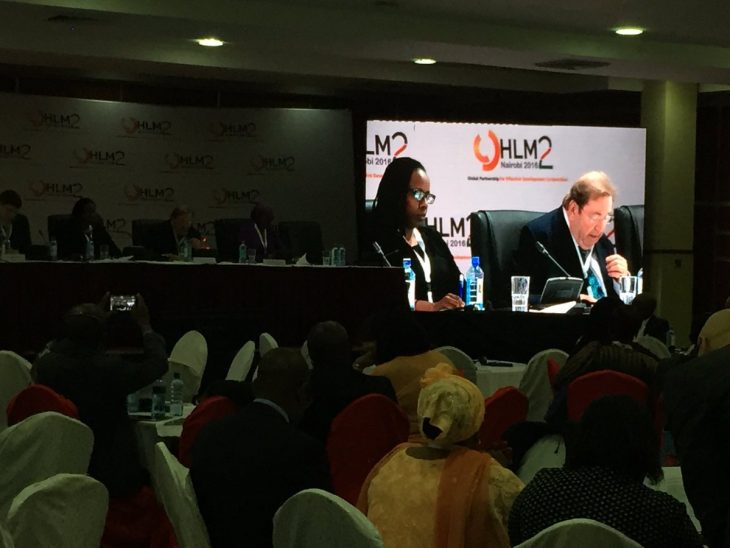 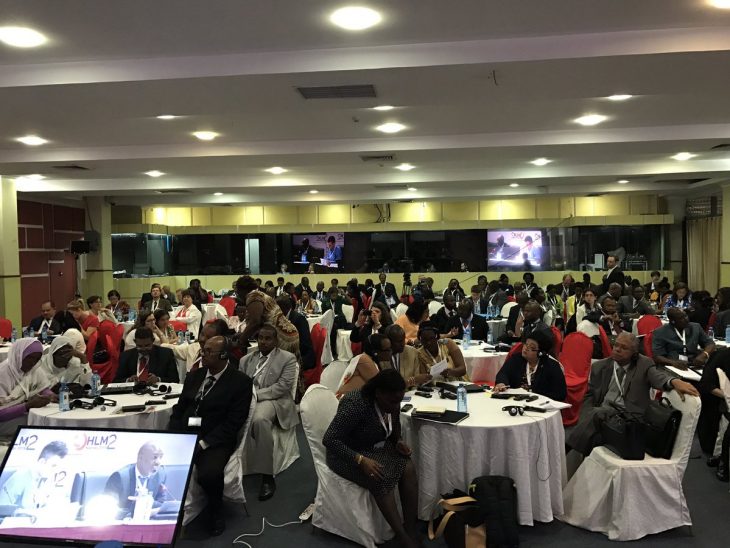 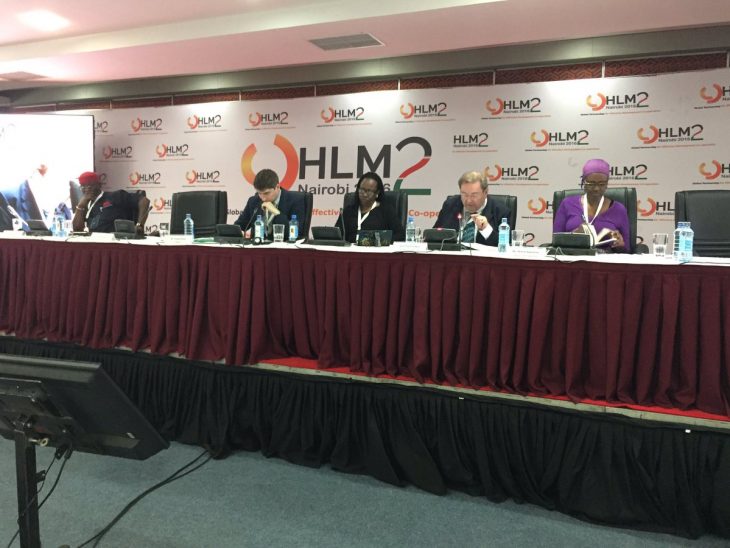 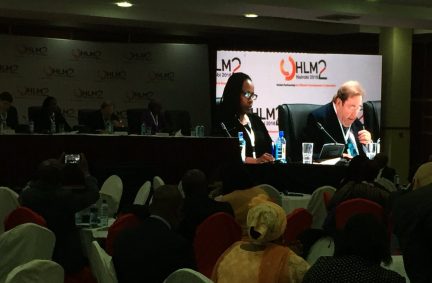 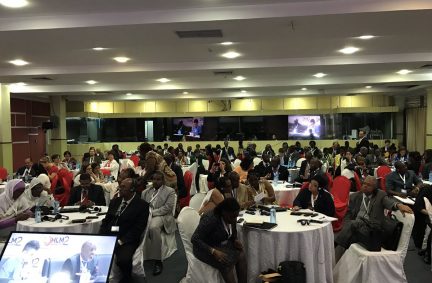 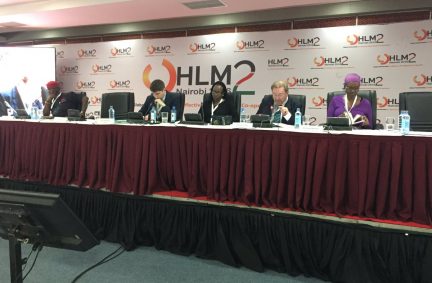 The British Group IPU was represented at the 2nd High level Meeting of the GPEDC, held in Nairobi, including the Parliamentary Forum at the Second High-Level Meeting of the Global Partnership for Effective Development Cooperation jointly organized by the Inter-Parliamentary Union, the Parliament of Kenya and the Association of European Parliamentarians with Africa (AWEPA) between 28th November and 1st December by Lord Chidgey, of Hamble-le-Rice at the Jomo Kenyatta International Conference Centre.

The Second High Level Forum (HLF2) on Aid Effectiveness took place in Paris in 2005, and resolved to strengthen, as appropriate, the parliament’s role in national development strategies and/or budgets, to support partner country’s sustainable capacity to develop, implement and account for its citizens and parliament. It resolved to enhance donors’ and partner countries’ respective accountability to their citizens and parliaments for their development policies, strategies and performance.

The Third High Level Forum on Aid Effectiveness (HLF3) took place in Accra in 2008, and resolved to engage with their parliaments and citizens in shaping future policies, to work more closely with parliaments and local authorities in preparing, implementing and monitoring national development policies and plans. It resolved to support efforts to increase capacity of all development actors, including parliaments, to take an active role in dialogue on development policy, and to facilitate parliamentary oversight by implementing greater transparency in public financial management.

The Fourth High Level Forum on Development Effectiveness (HLF4) took place in Busan in 2011, and resolved to accelerate and deepen the existing commitments to parliaments to strengthen oversight of development processes, and support capacity development backed by adequate resources and action plans. The Forum concluded with a statement from the Parliamentary Representatives which Lord Chidgey presented at the Final Plenary Session, see linked report.

The outcomes of the HLF4 in Busan, resulted in the establishment of the Global Partnership for Effective Development Cooperation, which established a programme of meetings, with High Level Meetings every two years. The first such meeting (HLM1) took place in Mexico City in December 2014.

It is with these developments in mind that parliamentarians looked forward to HLM2 of the GPEDC in Nairobi, particularly progress with a primary mandate of the GPEDC, to monitor the implementation of the HLF and HLM agreements. Despite the commitments from the GPEDC, to include parliaments in development policies and plans, however, as yet no effort has been made to monitor any progress with such commitments.

The HLM2 in Nairobi provided therefore an opportunity to call for all development partners to pay attention to the evolving role of parliaments in overseeing development finance as key oversight institutions. It provided an opportunity for the reprioritisation of the GEDC’s mandate to monitor commitments to parliaments, and to call for the participation of parliaments in all matters relating to National Aid policies processes and plans, with the aim of reducing wastage in public funds.

The HLM2 provided an opportunity for a preparatory meeting on day one for a structured exchange between delegates from the SADC region, oriented around the AWEPA project, Strengthening Parliamentary Engagement in the Budget Process in relation to the aims of the HLM2. The project, involving seven parliaments in the SADC region is funded by DFID. Lord Chidgey acts as Political Coordinator on behalf of AWEPA, for the project, as a member of the Governing Council.

Lord Chidgey spoke of the importance of parliamentarians in developing countries recognising their power in a democratic parliamentary system. He stressed the importance of recognising the role and power of parliament to hold government (the executive) to account. Select Committees were not obliged to accept Government budget reports, or to undertake detailed analysis to support their objections. If a Public Accounts Committee was not convinced by a government budget presentation, for example, it was within their rights to reject the submission, and call on the government to re-submit, having addressed the committees concerns.

The Parliamentary Forum took place on day two, in advance of the HLM2. Jointly sponsored by the IPU and AWEPA, the forum was opened by the Speaker of the Kenyan Senate, the Hon. Ekwee Ethuro, the Secretary General of the IPU, Martin Chungong, and Minister of State, Ms Miet Smet, President of the Association of European Parliamentarians with Africa (AWEPA).

In her remarks, Ms Smet stressed that only 0.1% of international development aid was directed towards aiding the strengthening and capacity of parliaments. While accepting that significant proportions of development aid needed to be directed towards humanitarian relief for refugees, she pointed out that aid to Africa overall is shrinking. She stressed that development budgets should be subject to parliamentary oversight and scrutiny, and that the Global Partnership needed to be active, inclusive, and operating at the local level.

There followed a briefing on the Global Partnership for Effective Development Cooperation, given by representatives of the GPEDC steering committee, with a particular emphasis on the role for parliaments. Mr Alessandro Motter, Senior Advisor, Economic and Social Affairs, IPU, stressed the need to move towards country and parliament led programmes. He said that parliamentarians were often absent from country level structures often engaging in wrong areas of capacity, but questions about involvement went unanswered.

The monitoring procedures raised questions that related to parliaments and they must be “at the table” when these issues were being discussed. They must be involved in the process of monitoring and reporting back. It was reported that the Global Partnership is going to produce a work plan which will pass down to country level.

The next session featured “Strengthening Official Development Assistance through parliamentary oversight and related processes”. It stressed that official assistance, together with contributions from CSOs and private foundations, remain a key component of development cooperation in its own right, by providing direct support to public services and infrastructure, and as a catalyst of other flows of development finance.
Only a few countries had increased their aid to the global target of 0.7% of Gross National Income and progressed towards improving the effectiveness of aid.

A key factor in this is insufficient parliamentary oversight compounded by weak capacities and the relative marginalisation of parliaments from aid coordination processes, including from the key process for the national development cooperation policy.

The panel debated how parliaments could ensure that an inclusive and effective national development cooperation policy, or aid policy, was in place where needed, and how they could ensure such a policy was implemented? The Honourable Maureen O’Sullivan TD, Head of Section for AWEPA in the Irish Parliament, and Political Coordinator for the Joint Monitoring Team project in the SADC Region, described the progress made in developing coordinated working arrangements between parliamentarians from different countries and different continents.

There then followed the session “Mobilising Domestic Resources – National Taxation, Illicit Flows, and the International Tax Regime”, at which Lord Chidgey was the lead speaker. In his contribution, he set out some of the principal developments that had taken place in, or had been initiated, in partnership or acting independently, by the United Kingdom recently.

Lord Chidgey quoted the work of the International Development Committee investigating ways of increasing the effectiveness of domestic tax collection to increase resources for development. He commented on making tax avoidance and evasion more difficult in the extractive industries by taxing volumes of extraction or turnover. He noted that DFID had organised capacity building projects for developing teams of experienced tax collectors to improve the collection of personal income tax.

He talked about global level regulation issues and the need for tax authorities to exchange information with counterparts in other countries to deter cross-border tax evasion. He talked about the need to address “transfer pricing abuse” being a principal form of cross-border tax evasion where large corporations engage in intra-company transactions, transferring profits to profit centres where they will be taxed less heavily.
He stressed how important it was to address “illicit flows”, or more simply, corruption. He noted that it was estimated that the total sum transmitted through illicit flows exceeded the total given through ODA, each year. Lord Chidgey reminded the panel that under Sustainable Goal 16, we were all committed to “substantially reducing corruption and bribery in all their forms, and to strengthen the recovery of stolen assets.”

Finally, Lord Chidgey commented on the success of the London Anti-Corruption Summit, culminating in the first-ever global declaration against corruption and that the pressure was on the UK to make a significant impact, given that London was seen as a money laundering capital of the world. He completed his contribution by setting out the three areas where the West could and should contribute to the fight against corruption:

The full Statement from the Parliamentary Forum is linked here.

Subsequently, Lord Chidgey was asked to stand in for the President of AWEPA at the opening session of the Inter-Parliamentary Relations Seminar, Nanyuki X, on the theme, “Good Governance and Poverty Reduction in East Africa.

In his remarks, Lord Chidgey stressed how highly valued is the close partnership built with AWEPA by the EALA since 2002, the year after EALA’s inauguration. He noted that AWEPA collaborates with EALA through the Sustainable Development Goals Programme, funded by the Swedish International Development Agency. Goal 16 of the SDGs emphasises the need to “Promote peaceful and inclusive societies for sustainable development, provide access to justice for all and build effective, accountable institutions, such as regional legislatures like the EALA.

Lord Chidgey noted that at the High Level Forum taking place in Nairobi, parliamentarians had called for national plans on SDGs to be drawn up. These plans would require clearly defined targets, responsibilities, time frames, aligned funding requirements, legislation and budgets, with parliaments involved from the beginning of the process. 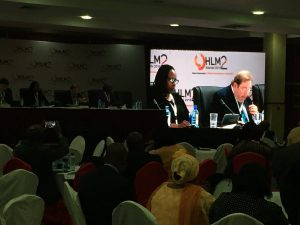 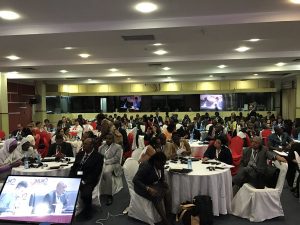 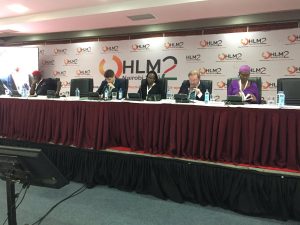