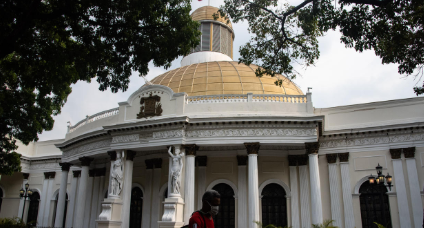 The IPU continues to be concerned about the fate of opposition MPs in detention in Venezuela particularly in Iight of the COVID-19 pandemic. According to the World Health Organization, people in prison and other confined places of detention, are more vulnerable to the coronavirus disease outbreak than the general population. The IPU renews its calls to the Venezuelan authorities to release parliamentarians who have been arrested without due process and respect for basic human rights.

The IPU has received new information regarding the detention of members of the National Assembly who oppose Mr. Maduro’s government. According to this information, two more MPs have been detained – Mr. Renzo Prieto on 10 March and Mr. Antonio Geara on 15 March. The arrests do not appear to have complied with constitutional provisions of parliamentary immunity. Nor were the MPs given access to their lawyers or duly informed of the reasons for their detention. Mr. Geara is reportedly in poor health and requires specialized medical treatment.

Other opposition MPs in detention include Mr. Juan Requesens since August 2018 and Mr. Gilbert Caro since December 2019.

Mr. Nassirou Bako-Arifari, President of the IPU Committee on the Human Rights of Parliamentarians, said “In light of the exceptional circumstances imposed by the pandemic, I call on the Venezuelan authorities to release the detained MPs as soon as possible unless due process has been correctly followed and they have actually been found guilty of a crime. The authorities should also note that, under international human rights law, detention prior to trial or without trial should be extremely limited and the exception.”

The IPU has also received new reports of other human rights violations against opposition MPs in Venezuela. At least 13 members of the National Assembly were allegedly threatened through intimidating graffiti attacks on their homes on 28 and 29 March. On 30 March, Ms. Delsa Solórzano, Vice-President of the IPU Committee on the Human Rights of Parliamentarians and a vocal opponent of Mr. Maduro, also received death threats and intimidating messages via instant messaging. Ms. Solórzano has long been a target of harassment.

The IPU strongly condemns all acts that prevent MPs from carrying out their functions. In this time of crisis, it is of paramount importance that parliament be allowed to contribute effectively to efforts to prevent the spread of the coronavirus. The IPU strongly urges the Venezuelan authorities to put an immediate end to all forms of harassment against members of the National Assembly, including the arbitrary and systematic detention of MPs. It is the state’s obligation to protect all people from any harm or violations of their human rights, be it by state or non-state actors.

Most recent IPU information on Venezuela 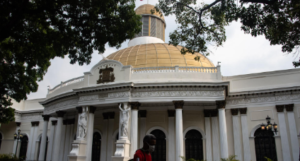