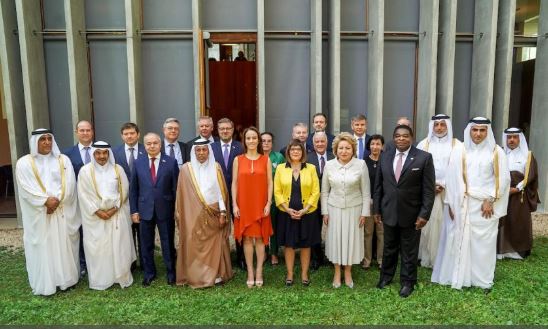 On 30 June, International Day of Parliamentarism, the IPU celebrated its 130th anniversary in a ‘Quintet’ consisting of the Presidents of the most recent and future IPU Assemblies.

The Speakers and IPU leadership discussed the ongoing relevance of the founding values and principles of the IPU 130 years on, results achieved at the previous Assemblies, and actions ahead.

Ms. Valentina Matvienko said: “Since its founding in 1889, the IPU, throughout these 130 years, even at the sharpest turns of history, has worked towards balanced solutions to global problems, the establishment of principles and norms of international law, and intergovernmental diplomacy in international relations”.

“Our 130th anniversary is a good opportunity to look at the IPU’s achievements, especially at a time when multilateralism is being questioned more than ever,” said Ms. Gabriela Cuevas Barron. “As the oldest multilateral political organization in the world, the IPU has a duty to redefine what we expect from multilateralism. Governance in the twenty-first century demands more active parliamentarians and faster answers to the challenges facing the planet. The IPU and parliamentarians can lead the way in redefining multilateralism for the good of the citizens that they represent.”

Mr. Al Mahmoud said: “The 140th Assembly in Doha was a landmark event which represents a new departure for the strong partnership between Qatar and the IPU. It demonstrated the importance of parliamentary dialogue and diplomacy as critical in building bridges between nations. The IPU has been doing this for 130 years showing that the only way to solve our differences is through peaceful means.”

“We are proud of the fact that the 141st IPU Assembly will be held this year in Belgrade, for the second time in history, and during the 130th anniversary of this global parliamentary organization,” said Ms. Maja Gojković. “As the Speaker of the Parliament that will host the next Assembly, I would like to focus on how we can contribute to the development of parliamentarism and future work of the IPU in the context of international law.”

“This Quintet meeting shows that 130 years on, the IPU is still bringing parliamentarians around the table to discuss the pressing issues of the day.” said Mr. Martin Chungong. “This anniversary is, in itself, proof of our resilience and vigour and a sign of the growing thirst for parliamentary democracy in the world.” 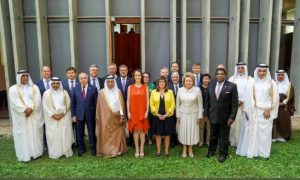