IPU concerned about vulnerability of detained MPs during pandemic 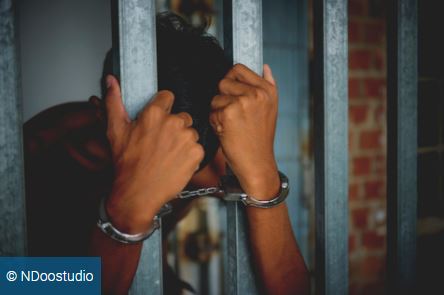 The IPU is increasingly concerned about parliamentarians in detention during the COVID-19 pandemic due to greater risks of infection in overcrowded and confined spaces. In its first virtual sitting, the IPU Committee on the Human Rights of Parliamentarians paid particular attention to the 43 Members of Parliament (MPs) currently in detention in the world, especially cases in Venezuela, Côte d’Ivoire and Turkey. The IPU Committee calls for the release of the parliamentarians from those three countries in light of concerns about greater vulnerability to the coronavirus in prison and a lack of due process.

In Venezuela, the IPU is now monitoring the cases of 139 MPs in the National Assembly from the coalition of Democratic Unity Roundtable (MUD) who oppose Mr. Maduro’s Government. Since January 2016 the overwhelming majority of the parliamentarians have been attacked, detained or intimidated by security forces or government supporters because of their political opinions.

The IPU is particularly concerned about the continued detention of Mr. Juan Requesens, the renewed arrests of Mr. Gilber Caro and Mr. Renzo Prieto, and the recent arrests of Mr. Ismael León and Mr. Antonio Geara. Reports suggest that they have been detained without regard for parliamentary immunity and due process with little or no information provided by the authorities on their charges.

In the last few months, at least 17 MUD parliamentarians have gone into exile, sought the protection of foreign embassies in Caracas or gone into hiding due to continued harassment. Six have been barred from holding public office and at least 13 MPs have had their passports confiscated or cancelled by the authorities.

At least 18 MPs were threatened through graffiti attacks on their homes between 28 and 30 March 2020. On 30 March 2020, opposition MP Ms. Delsa Solórzano received death threats and intimidating messages via instant messaging. Ms. Solórzano has been the target of harassment and threats for some time due to her political opinions and her work as parliamentarian.

In a recent development, on 26 May 2020, the Constitutional Chamber of the Supreme Court approved Mr. Luis Parra as the President of the National Assembly after a stand-off with Mr. Juan Guaidó, who also claims the role.

The IPU Committee is concerned that the Supreme Court ruling will interfere with the rights of the democratically elected opposition MPs to fully exercise their parliamentary mandate. The Committee underlines that all parliamentarians must be allowed to fulfil their mission in an unhindered fashion and free from any pressure or reprisals.

In Côte d’Ivoire, the IPU is currently examining the cases of 10 opposition MPs who have allegedly suffered violations of their fundamental rights since 2018, including arbitrary arrest and detention.

Five members of the National Assembly are in detention in the country – Mr. Alain Lobognon, Mr. Loukimane Camara, Mr. Kando Soumahoro, Mr. Yao Soumaïla and Mr. Soro Kanigui. The five have been charged with causing public disorder, challenging the authority of the State and spreading fake news. The IPU Committee has concluded that there does not appear to be any material evidence proving their guilt and that the charges are based solely on statements made during press conferences.

The IPU is also deeply worried about Mr. Lobognon’s state of health in prison and the alleged refusal of the prison authorities, on three consecutive occasions, to authorize a visit by his personal doctor.

On 29 April, Mr. Guillaume Soro, former Speaker of the National Assembly and presidential hopeful for 2020, was sentenced in absentia to 20 years in prison on charges of misappropriation of public funds. He was also deprived of his political and civil rights for five years, making it difficult for him to stand in the presidential elections scheduled for October 2020 and suggesting that the case is politically motivated.

In Turkey, the IPU is examining alleged human rights violations against 57 current or former parliamentarians, of whom 27 are women, from the People’s Democratic Party (HDP). The alleged violations include lack of due process, violations of freedom of expression, arbitrary detention and failure to respect parliamentary immunity.

Seven of the parliamentarians are currently still in prison, including the former HDP co‑chairs, Mr. Selahattin Demirtaş and Ms. Figen Yüksekdağ.

Over 600 criminal and terrorism charges have been brought against the parliamentarians since 2015 and hundreds of trial proceedings are ongoing throughout the country. The MPs are being tried on terrorism‑related offences or charges of defamation of the Government.

The Turkish authorities firmly deny the IPU findings and invoke the independence of the judiciary, the need to respond to security and terrorism threats, and legislation adopted under a state of emergency.

An IPU fact-finding mission to Turkey in June 2019, with which the Turkish authorities cooperated fully, concluded that the HDP parliamentarians had been charged primarily for making critical public statements, posting on social media, participating in political rallies, and generally opposing the policies of the Government.

On 14 April 2020, the Turkish Parliament amended a law to lower the prison population generally and – in response to COVID-19 – to temporarily release some detainees. However, terrorism-related charges, which concern most of the HDP parliamentarians, are excluded from these amendments.

In other cases, the IPU Committee is also monitoring closely the situation of 13 Palestinian MPs currently being held in Israeli prisons.

In addition, the IPU Committee is urging the Libyan authorities to do more to uncover the reasons behind the disappearance of MP Ms. Seham Sergiwa, who was abducted in July 2019.

The IPU Committee on the Human Rights of Parliamentarians is the only international mechanism with a mandate to defend the human rights of persecuted parliamentarians. Its work includes mobilizing the international parliamentary community to support threatened MPs, lobbying closely national authorities, and sending trial observers. The Committee is made up of 10 parliamentarians, representing the major regions of the world, and elected by their peers for a mandate of five years.

In its latest meeting, the Committee examined the cases of 210 MPs out of its current caseload of 488 MPs from 40 countries who report human rights violations. 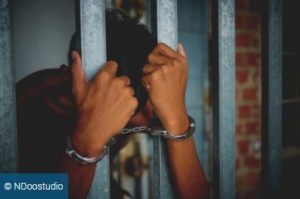