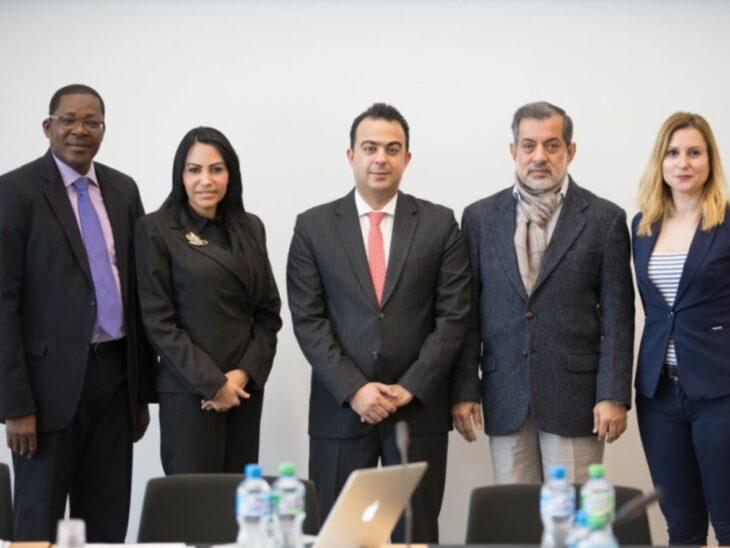 Members of the Committee on the Human Rights of Parliamentarians. © IPU

The Inter-Parliamentary Union (IPU) expressed serious concerns about the scale and type of alleged human rights violations of parliamentarians in Cambodia, the Maldives, Turkey and Venezuela with the effect of jeopardizing parliamentary democracy in these countries.

Meeting at the IPU 138th Assembly, the Committee on the Human Rights of Parliamentarians examined the cases of over 221 MPs from these four countries. In addition, they reviewed the cases of 11 MPs from Zambia, two from Niger and one each from Mongolia and the Philippines.

Overall, the IPU took positions on cases of violations against 237 MPs in 8 countries.

The IPU concluded that these actions clearly violate the fundamental rights of the MPs’ and expressed regret that they are reminiscent of a long-standing pattern of abuse against the opposition that has been documented by the IPU before every election in Cambodia in the past. The IPU urged the Cambodian authorities to immediately reinstate all 55 members of the CNRP and to resume political dialogue, if necessary with the support of the IPU.

In Venezuela, the IPU expressed increased concern about the scale of ongoing efforts, with apparent immunity, to repress opposition members and undermine the integrity and autonomy of the National Assembly of Venezuela. It examined the credible and serious human rights violations affecting 57 current parliamentarians of the Democratic Unity Roundtable (MUD).

The IPU urged the Venezuelan authorities to put an immediate stop to the harassment of and attacks against opposition parliamentarians, and to take effective action to hold to account those responsible for past abuses.

The IPU also reiterated its concern about the well-being of the MP Mr. Gilber Caro, arrested over a year ago and urged the authorities to ensure that he receives adequate treatment in detention.

In Maldives, the IPU expressed misgiving about the country’s continued political instability. More than a dozen members of parliament were arrested under the state of emergency, which expired on 22 March 2018. Charges of terrorism were brought against four detained MPs. Three other MPs are also still in detention, while 10 others who are at liberty are facing charges. The opposition claims that all of this is part of a pattern of intimidation and repression by the authorities.

A recent IPU mission to the Maldives called for the withdrawal of some of these charges and for respect for fair trial guarantees of all the MPs. The mission also asked for 12 MPs to be reinstated into Parliament.

In Turkey, the IPU remains concerned at the allegations of widespread and systematic violations of the rights of opposition parliamentarians belonging to the HDP. The IPU is concerned that over 600 criminal and terrorism charges have been brought against them, that nine parliamentarians continue to be held in detention, at least 14 have received prison sentences and nine have been stripped of their parliamentary mandate in recent months. An IPU fact-finding mission to Turkey should soon take place to address these matters and help facilitate progress.

The IPU’s Committee on the Human Rights of Parliamentarians works to protect or seek redress for MPs whose rights have been abused. 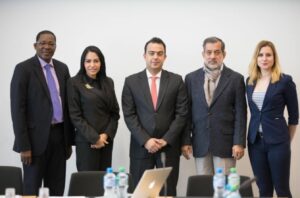 Members of the Committee on the Human Rights of Parliamentarians. © IPU