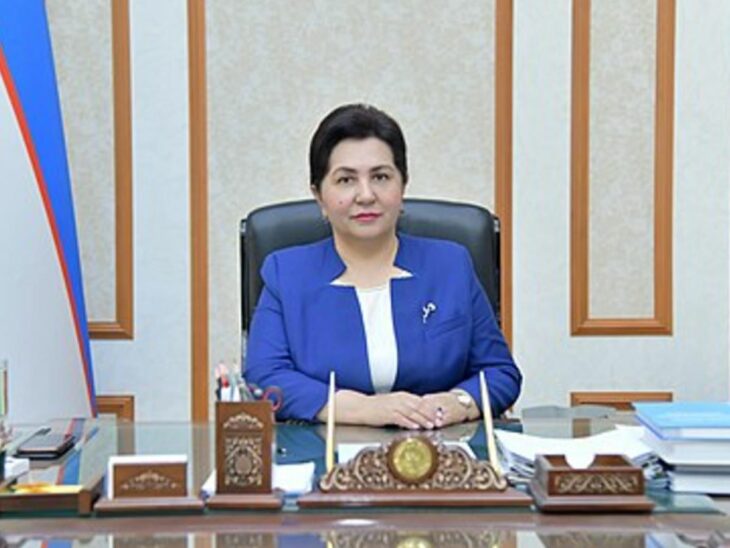 The Speaker of the Oliy Majlis, Tanzila Norbaeva will host of the IPU's 14th Summit of Women Speakers of Parliament.

As the IPU 14th Summit of Women Speakers of Parliament approaches, here’s everything you need to know about the state of play for today’s female leaders.

It’s no secret that women have had to put up a tenacious fight to be seen and heard in  politics worldwide. As late as 2005, the number of women in parliament speaker posts stood at just over 8 per cent worldwide, reflecting a considerable lack of female representation. Although that number has increased, women still account for just 23 per cent of parliamentary speakers around the world today according to the latest IPU figures.

There is still a long way to go to achieve gender-equal representation in parliaments worldwide – and the Inter-Parliamentary Union leads the way in reaching that goal, as it prepares to host its 14th annual Summit of Women Speakers of Parliament.

Ahead of the two-day event in the Uzbek capital Tashkent, we break down the state of play for the role of female speakers in parliaments worldwide.

Although the decade between 2005 and 2015 brought about dramatic growth in the number of women presiding over parliaments, with numbers nearly doubling to 15.6% in ten years, they remain a minority. At 23%, the proportion of female speakers lags behind even the number of female MPs, which stands at 26.4 per cent.

2. … but women are making gains

While men still dominate the global political arena, women’s progress is slowly but surely expanding to every corner of the planet. Female speakers now span every region, including the Arab region, after a woman became speaker of parliament in the United Arab Emirates in 2015. This major step was a prelude to the UAE becoming the first Arab country to achieve gender parity in parliament.

For decades women leaders were mostly to be found in Europe. Female voices from other previously under-represented regions such as Latin America, Asia, Africa and the former Soviet bloc, are finally being given a platform in their native lands.

Indonesia’s People’s Representative Council speaker of the lower house Puan Maharani became the first woman to take this job in 2019, as well as the third-youngest person to take the office permanently. She recently hosted the 144th IPU Assembly in Nusa Dua, Bali.

Rwanda’s Donatille Mukabalisa became her country’s second female speaker in 2013 – she will host the next IPU Assembly in October in Kigali. As for the Summit host country’s Tanzila Norbaeva, she became in 2019 the first woman to serve as Chairperson of the Senate of Uzbekistan.

3. Misogyny and harassment taint the corridors of power

Like all women in government, female speakers face harrowing levels of harassment and misogyny, worldwide, which in turn challenges democracy itself, as they threaten women’s ability to deliver upon the promises they were elected for. Additionally, women’s attire, manner of speech and behaviour are scrutinised on a daily basis, which often leads to objectification, stereotyping and sexualisation, and results in redistribution of power away from female MPs and officials.

According to the IPU’s sexism, harassment and violence against women study, nearly 82% of 55 female parliamentarians from 39 countries admitted that they had been personally subjected to psychological violence at some point in their career. Some 44 per cent of the women surveyed also stated that they had been physically threatened during their time in office.

4. Representation is key in the role of parliamentary speaker

Since the office of the speaker was founded in the British Parliament’s House of Commons in 1377, the role of ‘parlour’ became vital as the mouthpiece communicating information between the Parliament and the monarchy.

Crucially, the role of speaker represents, first and foremost, the leadership voice of Parliament, for women as well as men, and thus provides a vital opportunity for female voices representing womens’ concerns, experiences and ideas across global governments to be noticed and heard.

5. The future is more female

Around 20 female speakers will gather in Tashkent to participate in IPU’s 14th Summit, where key topics include post-Covid recovery, technology’s role in politics and increasing levels of violence against women. By bringing together women holding the highest decision-making positions around the world, the summit will inspire future generations of female leaders to tackle pressing global challenges. 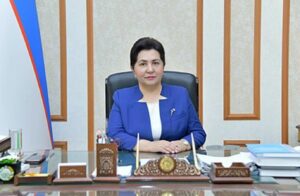 The Speaker of the Oliy Majlis, Tanzila Norbaeva will host of the IPU's 14th Summit of Women Speakers of Parliament.