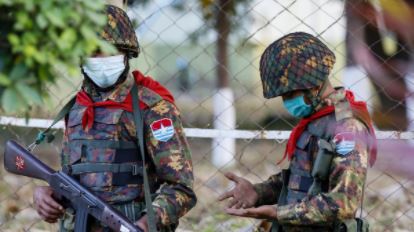 Soldiers in front of a guesthouse where Myanmar MPs have been residing in Naypyidaw. STR / AFP

The IPU Committee on the Human Rights of Parliamentarians (CHRP) is very concerned about the situation of several Members of the Myanmar Parliament who are under house arrest or whose movements are being severely curtailed. The IPU strongly condemned the coup in a statement issued last week.

The CHRP calls for the immediate release of the Speakers and all other detained members of the Myanmar Parliament as well as Daw Aung San Suu Kyi and President U Win Myint.

The CHRP also calls on parliaments and their members across the world to act in solidarity with their colleagues in Myanmar. 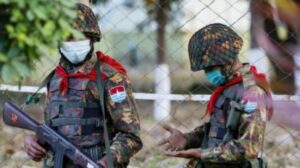 Soldiers in front of a guesthouse where Myanmar MPs have been residing in Naypyidaw. STR / AFP