IPU marks World Health Day on 7 April: Our planet, our health, our parliaments 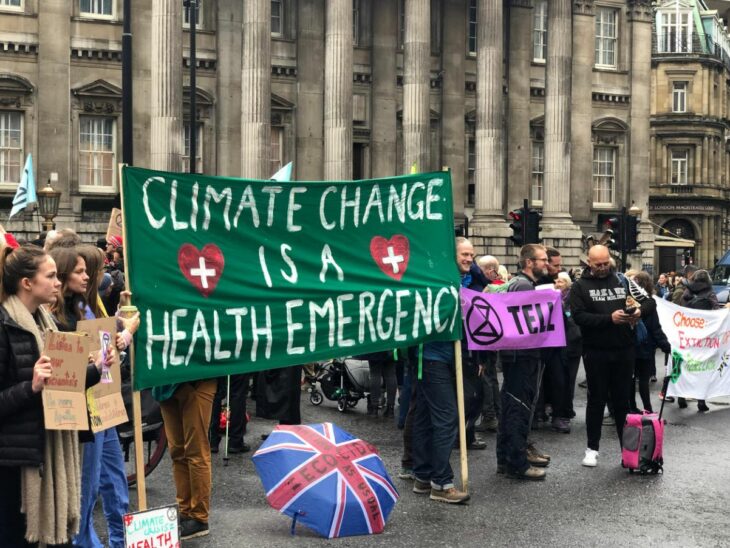 Almost all consequences of climate change directly affect human lives, and it is the single biggest threat to health around the world.

April 7 marks World Health Day, a day which has taken on a new sense of urgency by the climate crisis. Almost all consequences of climate change directly affect human lives, and it is the single biggest threat to health around the world. For parliamentarians, there is no time to waste. Action must be taken now. The health of the world depends on it.

The climate crisis is already impacting humanity’s health globally. Deadlier weather-related events such as extreme heatwaves, storms and floods are occurring more frequently. Food systems are being disrupted. Climate change is increasing the risk of zoonoses (diseases that jump from animals to humans) and other food- and water-borne diseases. Worse, women and the world’s most vulnerable and disadvantaged – children, ethnic minorities, poor communities, and others – bear the brunt of these health risks.

At the recent IPU 144th Assembly in Nusa Dua, Indonesia, MPs from around the world representing 110 parliaments gathered together under the theme, ‘Getting to zero: Mobilizing parliaments to act on climate change’. Over the course of the five-day event, some one hundred MPs spoke of their own country’s experience with climate change. Many of these detailed deleterious health effects not as future threats, but as current challenges.

The Assembly concluded with the adoption of the Nusa Dua Declaration, in which the world’s parliamentarians recognized the urgent need to address the climate crisis. Parliaments worldwide pledged to incentivize green investment and low-carbon activities as part of COVID-19 recovery packages. Such actions will decrease pollution, protect biodiversity, and in turn allow for healthier and more sustainable lives.

The climate crisis threatens to undo the last fifty years of progress in global health. According to the World Health Organization (WHO), it is undermining many of the social determinants for good health, such as livelihoods, equality and access to health care and social support structures. Furthermore, the realization of universal health coverage is severely jeapordised, by both compounding the existing burden of disease and exacerbating existing barriers to accessing health services. With the poorest people largely uninsured, health shocks and stresses from climate change are helping to push some 100 million people into poverty every year.

The detrimental effect on mental health cannot be overstated. A growing body of research is demonstrating that the extreme weather events associated with a changing climate are impairing mental health. And revealing a significant proportion of people are experiencing high levels of anxiety.

One such study published in The Lancet in December, 2021,  examined survey results from 10,000 respondents, aged 16-25, in ten countries. This was the first large-scale investigation of climate anxiety in children and young people globally and its relationship with perceived government inaction. Responses across all countries showed that 59% were very or extremely worried and 84% were moderately worried. 66% expressed sadness. 59.7% felt helpless. 61.8% were anxious. And incredibly, 75.5% said the future was frightening.

For parliamentarians, their feelings were especially sobering: 63.8% did not believe their own governments were taking their concerns seriously, and 64.4% did not feel governments are doing enough to avoid climate catastrophe.

Climate change and environmental degradation are increasingly challenging the ability to feed, nourish and keep healthy a growing world population. To help draw lessons from the COVID-19 pandemic and to better prepare parliamentarians for the next health crisis, the IPU and the WHO have jointly published Strengthening health security preparedness: The International Health Regulations (2005). The handbook is an essential tool for parliamentarians and parliaments on bolstering emergency preparedness and health security.

Based on the above research findings on mental health, sustained parliamentary engagement must be increasingly directed at youth. Toward that end, the IPU’s Global Parliamentary Report 2022 suggests a way forward, by examining public engagement in the work of parliament. The information, findings and recommendations in the report set out a road map for enhanced public engagement by parliaments and parliamentarians, working collaboratively with the community to achieve participatory, inclusive and responsive parliaments. 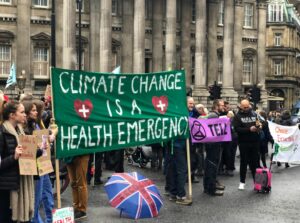 Almost all consequences of climate change directly affect human lives, and it is the single biggest threat to health around the world.