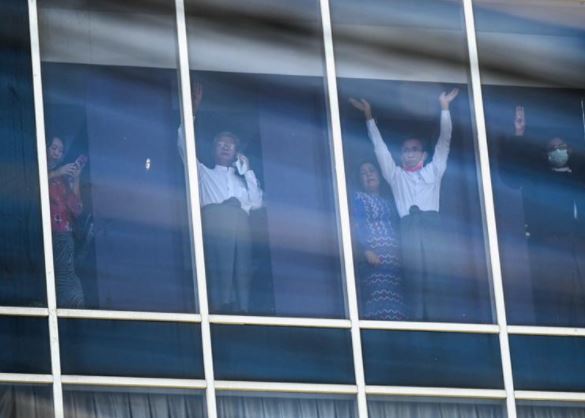 The IPU Committee on the Human Rights of Parliamentarians is monitoring a record 601 cases of alleged violations against parliamentarians around the world. This represents a significant uptick compared to 552 cases in December 2020. The caseload includes many new claims, particularly from Myanmar and Turkey.

The committee took decisions on these and a number of other cases of alleged abuse of parliamentarians in Afghanistan, Belarus, Burundi, Colombia, Eritrea, Gabon, Mauritania, Mongolia, Thailand, Togo and Venezuela.

Since the military coup in February 2021, the IPU’s human rights committee has received specific reports of human rights violations against 39 parliamentarians elected in the November 2020 ballot. The violations include threats, acts of intimidation, arbitrary arrest and the failure of the authorities to respect parliamentary immunity.

The alleged violations are taking place against the backdrop of the lethal and large-scale use of military force against civilians, with particular bloodshed on Saturday, 27 March.

The IPU is particularly concerned for the welfare of the parliamentarians who constitute the newly formed 17-member Committee to Represent the Pyidaungsu Hluttaw Union Assembly (CRPH). The CRPH represents some 400 parliamentarians. Its objective is to carry out parliamentary functions despite the coup, and in circumstances where Myanmar parliamentarians are under close watch by the military and the police.

The military have declared the CRPH illegal and said that its members could face charges of high treason under Myanmar law, punishable by death or up to 22 years of imprisonment. All 17 CRPH members have gone into hiding, fearing reprisals by the military.

Last week, IPU leadership spoke with some of the CRPH parliamentarians to find out more about their circumstances and how to support them.

The IPU is also contacting the military authorities to urge them to respect the basic human rights of all the elected parliamentarians and to request more information concerning their situation.

The IPU human rights committee has examined the cases of 64 parliamentarians from Turkey, of whom 30 are women. Over 600 criminal and terrorism charges have been brought against parliamentarians from the opposition People’s Democratic Party (HDP) since 15 December 2015, when the Constitution was amended to lift their parliamentary immunity.

As a result, hundreds of trial proceedings are ongoing throughout the country against both current and former HDP parliamentarians.

According to the reports received by the IPU, the charges against the HDP members of parliament are politically motivated and violate their rights to freedom of expression and of assembly.

In a recent development, Turkey’s top prosecutor filed an indictment seeking the dissolution of the HDP. The IPU Committee on the Human Rights of Parliamentarians is concerned that this would not only deprive the HDP parliamentarians of their right to participate in public life, but also their electorate of representation in the Turkish parliament.

The IPU is working closely with the Turkish Inter-Parliamentary Group to find solutions to the impasse.

The IPU Committee on the Human Rights of Parliamentarians continues to monitor the cases of 139 opposition parliamentarians elected in the 2015 National Assembly, of whom 41 are women.

Almost all the parliamentarians have been attacked or otherwise intimidated during demonstrations, inside parliament or in their homes.

At least 11 National Assembly members were arrested and later released, reportedly following politically motivated legal proceedings. In all of the cases, the members were detained without respect for their parliamentary immunity. There are also serious concerns regarding due process and their treatment in detention.

According to information received by the IPU, at least 17 parliamentarians have gone into exile, sought the protection of foreign embassies in Caracas or gone into hiding due to continued harassment. Six have been barred from holding public office. Another 28 parliamentarians are subject to ongoing proceedings to prevent them from holding public office. At least 13 members of parliament are unable to secure passports, reportedly to prevent them from criticizing the government from abroad.

The alleged violations take place in the context of continuous harassment by the government to undermine the opposition members of the National Assembly elected in 2015. 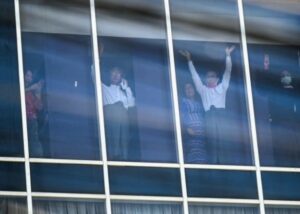