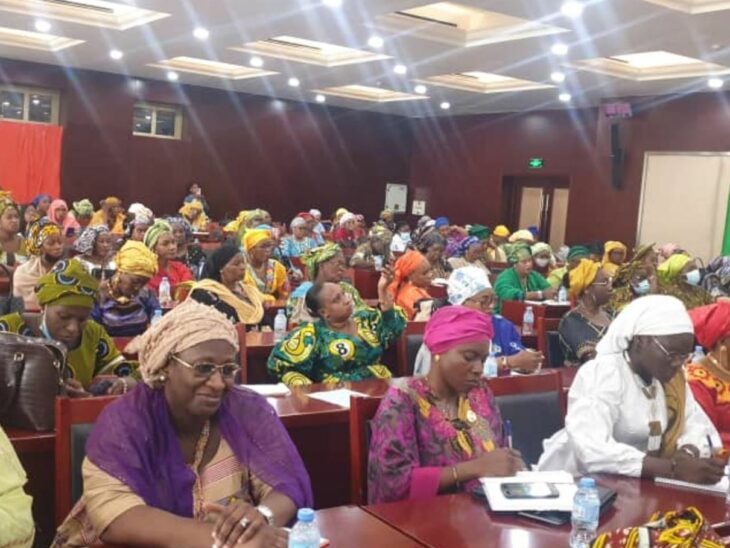 Since 2012, Mali has been experiencing a period of instability and conflict, due to the occupation of the north of the country by armed groups, numerous terrorist attacks and inter-community violence. In addition, in August 2020, following the overthrow of those in power, a transition government and a National Transitional Council (CNT) serving as a National Assembly were put in place until elections could be organized and democratic order restored.

The question of public engagement is important for parliamentarians everywhere, but it is essential in countries currently or recently affected by conflict. It allows the strengthening of links between the legislative institution (often appointed rather than elected, as in Mali at present) and the people, in such a way that parliamentarians become a conduit of information between citizens and the government, allowing concrete policies to be implemented in response to the issues raised.

In March 2022, the CNT, with support from the IPU, organized two public meetings with the dual aims of informing the people of the work carried out by the transitional institutions and involving citizens in parliamentary work. These meetings allowed members of the CNT to gather information and talk frankly with citizens.

In Ségou, 240 kilometres north-east of Mali’s capital Bamako, feedback focused largely on the flagship laws adopted by the CNT on political, economic and social matters, such as the revision of the transitional charter, the State budget for 2022, the reinforcement of security resources and equipment, large infrastructure projects and the fight against COVID-19. During the discussions, economic subjects dominated, in particular the question of the Mali state-owned textile company, a branch of which in the town had closed in August 2020, as well as the instability and unemployment, particularly youth unemployment, arising from that situation.

In Bamako, the women members of the CNT held a meeting in the context of women’s rights month, bringing together various women leaders. Through panel discussions on three themes – the revision of the transitional charter, State reforms, and the role of women in those reforms – the participants emphasized the importance of the National Reform Conference, a series of public consultations aimed at guiding the reform process in Mali. The discussions and recommendations focused on improving the institutional approach to the questions of gender, equality, the promotion of women’s rights and combatting violence.

The public meetings gave rise to recommendations, in particular the implementation of a monitoring platform and a body to oversee parliamentary accountability. These bodies will allow the creation of a framework for regular parliamentary and public meetings on the themes of living in harmony, social cohesion and reconciliation in Mali including communities, citizens and local authorities, allowing members of the CNT to immerse themselves in local realities and to reinforce the democratic process.

By increasing the number of field visits and meetings with those representing the lifeblood of the nation, the members of the CNT are able to offer genuine opportunities for dialogue and interaction with the people, to incorporate these interactions in the work of the CNT, and to build trust in ongoing State reforms. Through this inclusive approach, they can work towards the reprioritization of human-centric solutions, developed and honed by the people and for the people, and the normalization of the democratic situation in the country.

For more case studies on citizen engagement, see the new Global Parliamentary Report 2022: Public engagement in the work of parliament.