Iraq delegation keen to highlight unity and partnership with UK 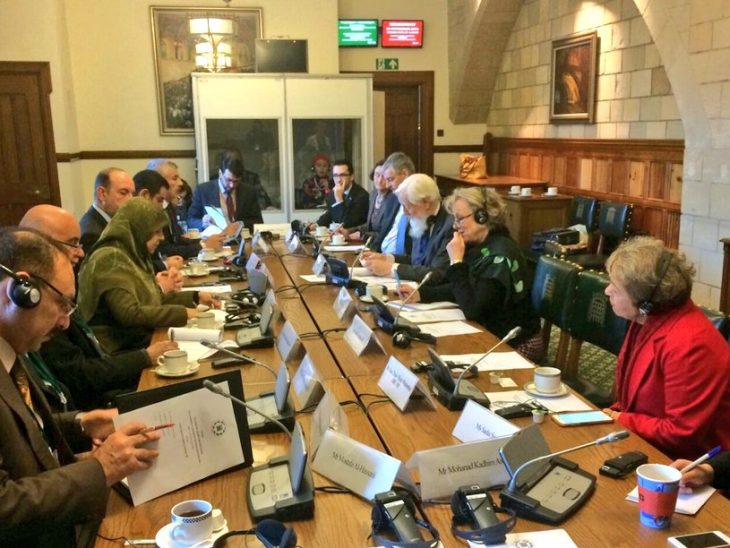 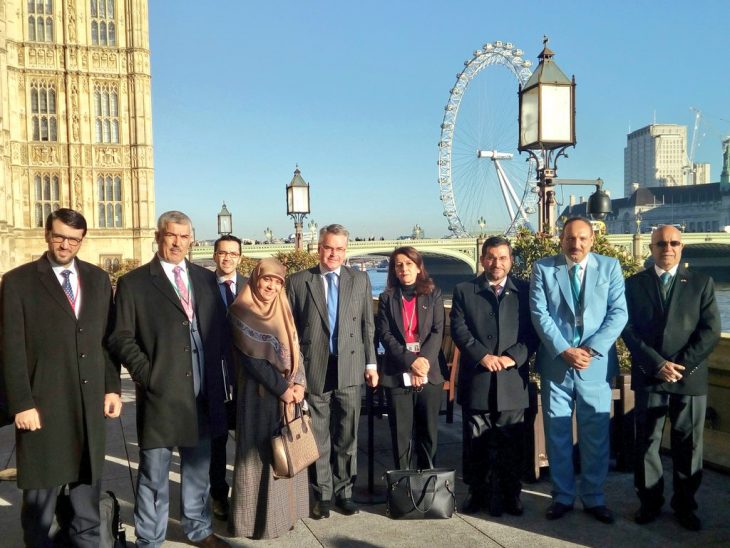 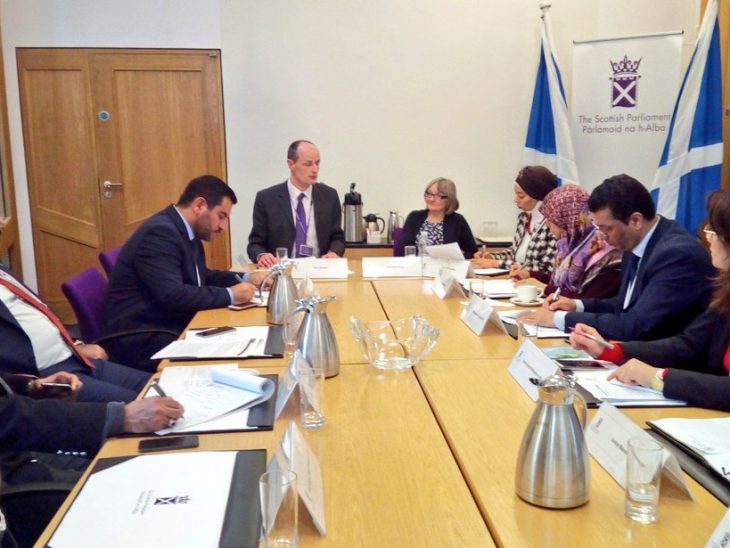 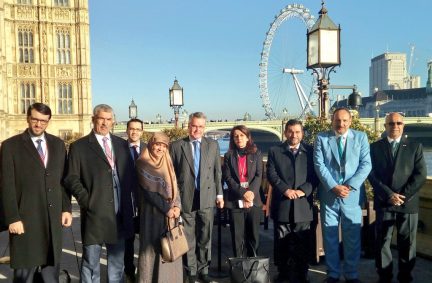 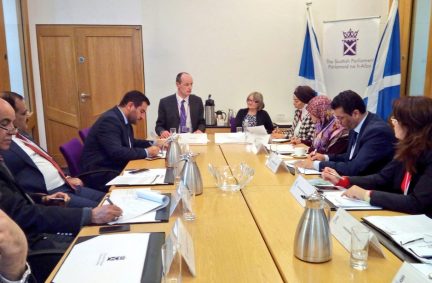 On the first day of their formal programme the delegation were welcomed to Parliament by the Chairman of Ways and Means and Deputy Speaker, Rt. Hon. Lindsay Hoyle MP. Thereafter, the parliamentarians were introduced to the Westminster Parliamentary System by head of the Overseas Office, Mr Matthew Hamlyn. The delegation then moved on to the Royal United Services Institute for a Roundtable with Academics where discussions touched upon the liberation of Mosul, the future of Iraqi paramilitary groups and Internally Displaced Persons (IDPs).

Monday’s working lunch was hosted by peer and Global Partners’ Associate, Lord Kirkwood, who was joined by representatives from NGO’s currently working in Iraq. Perspectives on the humanitarian efforts in Iraq were shared and the delegation detailed what specific aid was needed for the country. Following lunch the MPs visited the British Museum where they met Keepers from the Middle East Department. There they heard about the Museum’s Iraq Project which provides Iraqi colleagues with conservation, archaeological and curatorial assistance. The delegation finished the day by attending a welcome reception hosted by Vice Chair of the BGIPU, Mike Gapes MP.

On Tuesday morning the delegation were given a tour of the Palace of Westminster by Tim Loughton MP and then met with the APPG on Anti-Corruption to discuss the challenges in maintaining the integrity of Iraqi politics and business. Unexplained wealth and the exploitation of dual nationalities were key discussion points between members. Tuesday morning was concluded by a working lunch hosted by Chair of the Iraq APPG, Ann Clwyd MP, where the Iraqi members updated attendees on current developments with the key message that for the first time in decades all Iraqis were united in securing the future with current efforts to liberate Mosul from the control of Daesh being a decisive and important step.  They also saw the long-standing relationship with the UK as key to Iraq’s future prosperity.

The newly formed House of Lords International Relations Committee met with the delegation after lunch at which members spoke on Kurdistan and decentralisation of Government in Iraq. The delegation then travelled to Zaha Hadid Architects where they met with members of the Iraq-Britain Business Council and senior architects who shared their design plans for the new Central Bank of Iraq and Iraqi Parliament. Tuesday concluded with a Press Conference and Embassy Reception hosted by His Excellency Ambassador Dr Salih Husain Ali.

On Wednesday morning, the Parliamentary delegation attended Round Table Discussions hosted by Baroness Hodgson CBE, who led conversations concerning the Iraq-UK bilateral relationship, regional developments, domestic challenges in Iraq, and the appropriation of arms within the country. Post-discussions, the delegation observed a lively Prime Minister’s Question Time and attended a working lunch hosted by Lord Kilclooney.

The afternoon was spent meeting with representatives from the Iraqi diaspora in the UK, chaired by Ann Clwyd MP, and with members of the Foreign Affairs Committee, including the Chair Crispin Blunt MP and Mike Gapes MP. Debate in both of these meetings centred on what the UK could do to assist the strengthening of Iraqi democracy and governance and what support was already being given by bodies such as the UN. The delegation expressed their gratitude for the amount of aid the UK had donated but suggested there was an alarming discrepancy between the amounts given to Iraq and how much was being utilised on the ground.

After travelling up to Edinburgh on Wednesday evening, the delegation spent Thursday at the Scottish Parliament where they started the day with an overview of devolution and recent developments in Scottish Politics. After this they were given a private tour of the Parliament and observed an animated First Minister’s Questions session.

Following a lunch hosted by Margaret Mitchell MSP, the delegation learned about the Legislative Process in the Scottish Parliament and met with members of the Culture, Tourism, Europe and External Relations Committee, including the Convener Joan McAlpine MSP. The delegation subsequently spent the evening at a dinner hosted by Ian Murray MP where they met further MSPs and members of the Iraqi Diaspora in Scotland.

The parliamentarians visited The University of Edinburgh on the last day of their programme where they met with Head of the Department of Islamic and Middle Eastern Studies, Dr Andrew Marsham, and fellow academic colleagues. Discussions focused on international students at the University, ongoing research in the Department and developing the relationship between the Department and Iraq. The delegation suggested that future Departmental research could focus on Daesh and other strands of Islamic extremism.  After concluding their time in Edinburgh, the delegation returned to London on Friday evening and departed for Iraq the next day. 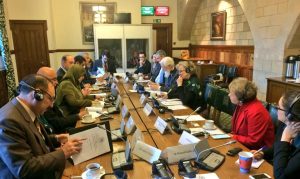 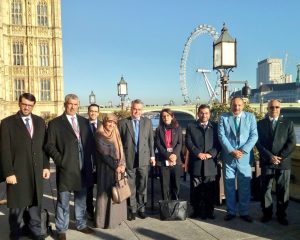 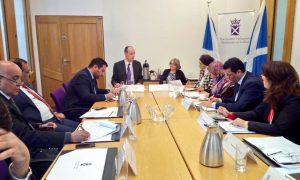