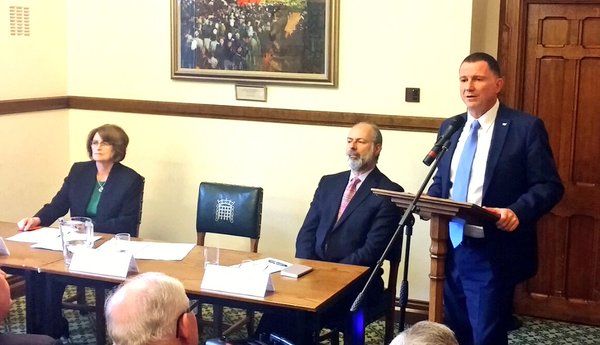 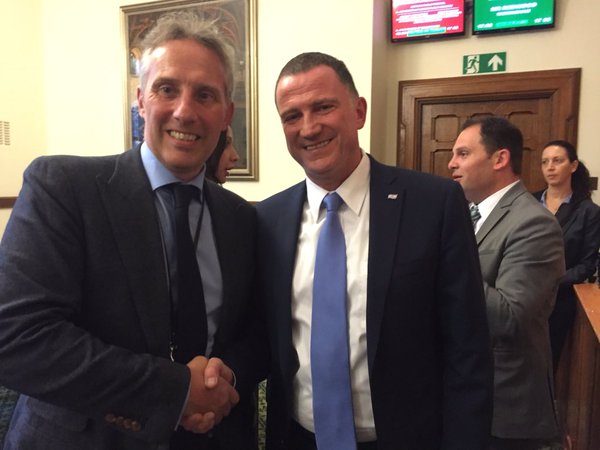 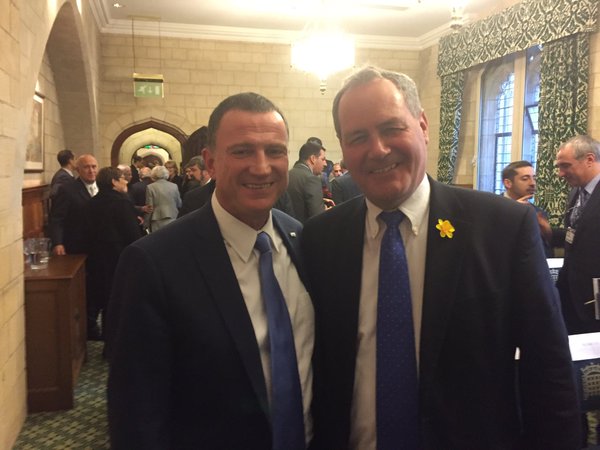 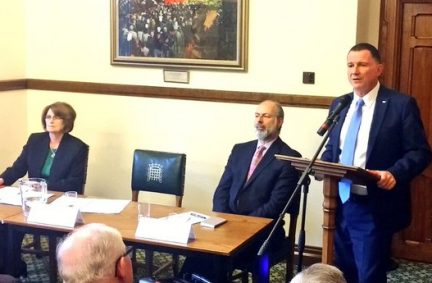 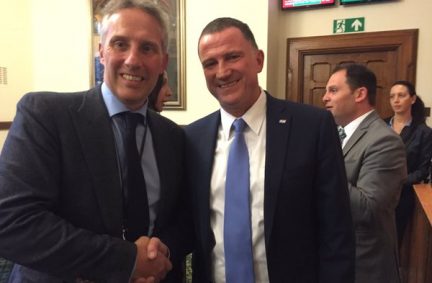 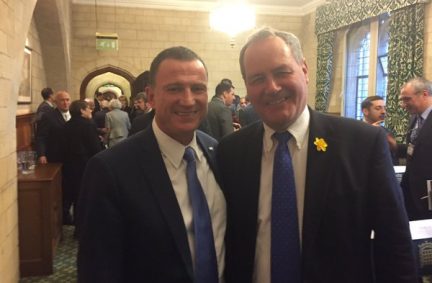 The Knesset Speaker, Yuli-Yoel Edelstein visited the UK Parliament on 2 March 2016 during an official visit to the United Kingdom.  He was accompanied by Knesset members, Hilik Bar (Zionist Camp), Yoav Kisch (Likud), Revital Swid (Zionist Camp) and parliamentary officials including the Secretary General of the Knesset, Ms Yardena Meller-Horovitz.

In an address to members of the House of Commons and the House of Lords in the IPU Room, the Speaker outlined his views on the state of the peace process and challenges facing the region, including the need to find an urgent peaceful resolution of the Syrian civil war which posed a risk to the stability of all neighbouring countries.  He expressed concern that the efforts of Palestinian authorities to pursue international recognition amounted to a distraction from concerted efforts to negotiate a sustainable peace with Israel which was the fundamentally best way to secure peace and prosperity for all, including the Palestinian people.  He said the Palestinian leadership needed to work constructively with Israel to address continuing internal security threats, including stabbing attacks, which only damaged peace efforts and undermined mutual confidence on both sides.

Underscoring his central message, the Speaker said slogans, campaigns and grand gestures were easy but unlikely to add much in the end to resolution of a complex set of inter-connected issues needing cooperation from people of goodwill on all sides to resolve.  Speaker Edelstein also discussed his perspectives on the Iran nuclear deal saying that while Israel’s concerns were well known, the reality now was that the deal had been struck and the main actors must work with resolve to hold Iran to its commitmnts in return for the lifting of sanctions.  Iran’s role in the region, including its support for various groups must also be watched closely to properly judge their intentions and willingness to play a constructive role in the region.

Prior to the meeting, responding to protests by activists opposed to his speaking to members of the UK Parliament, Speaker Edelstein had said his expectations of the meeting was that “Some will support me; others will not.  This is an opportunity for me to state Israel’s position without hesitation!”  In this spirit, the Speaker responded readily to a wide array of questions from MPs and Peers including regarding the impact of settlements on peace efforts, the diversity of the Knesset and his perceptions on Israel’s relations in the region.  He recognised and commended the strength of bilateral relations, including trade and investment, with the UK and when asked directly about the forthcoming referendum on the UK’s continued membership of the European Union responded diplomatically that he was confident the British people would make the right decision.

Having viewed Prime Minister’s Questions in the House of Commons, he compared the robust health of democratic debate and the holding of governments to strong account in the chambers of both countries.  In closing he underscored his faith in the value of inter-parliamentary dialogue to advance peace and understanding in the world and said he hoped the Knesset could use inter-parliamentary exchanges and share its expertise, particularly in the Middle East region but also more broadly through the IPU, to build better understanding of its perspectives and underscore its strengths as a Parliament.

The meeting was chaired by Lousie Ellman MP, Chair of the Israel All Party Parliamentary Group (APPG) with BGIPU Treasurer, Fabian Hamilton MP leading a number of members of the BGIPU Executive Committee in attendance.  During his visit to the UK Parliament, Speaker Edelstein also met the Speaker of the House of Commons, Rt Hon John Bercow MP, the Lord Speaker, Baroness D’Souza CMG PC and the Chair, Crispin Blunt MP, and members of the Foreign Affairs Committee of the House of Commons in addition to formal meetings with members of Her Majesty’s Government. 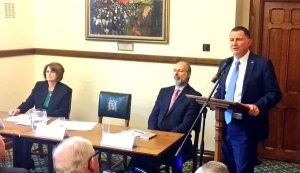 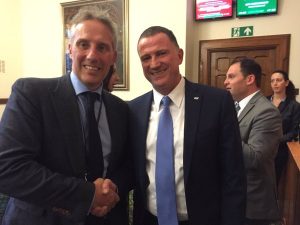 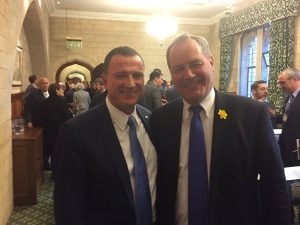