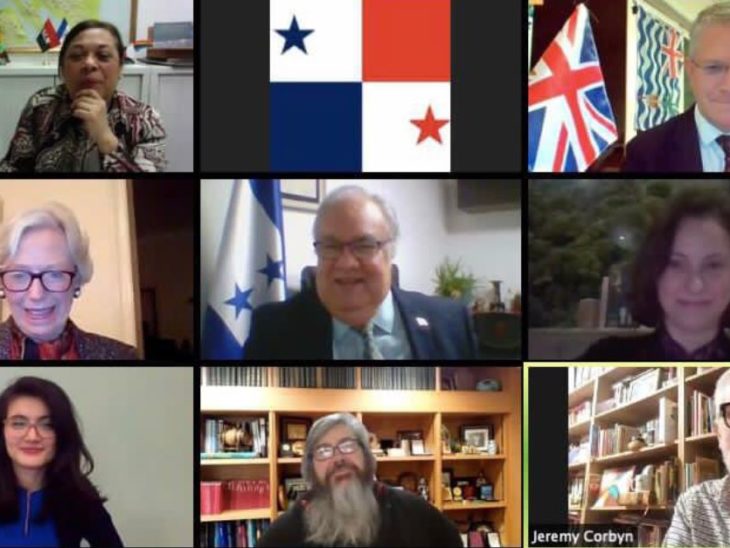 The meeting gave clear acknowledgement of the importance of maintaining valuable relationships between Parliamentarians and the diplomatic community.

The meeting was a fantastic opportunity for UK Parliamentarians to hear first-hand accounts of political, social and economic developments in the region. Ambassadors and Deputy Ambassadors detailed the effects that Covid-19 has had on their citizens, economies and healthcare systems. The impact of travel bans and quarantine regulations on tourism industries was remarked upon, with Costa Rica expressing concern over the increased unemployment rates which have resulted from the dramatic decline in tourism.

Climate change and COP26 ambitions were also discussed at length. All speakers expressed determination for COP26 negotiations to be a success and conveyed strong commitment to promoting environmentally friendly policies at home. Ambassadors and Deputy Ambassadors echoed one another’s call for the post-pandemic recovery to be fair, sustainable and resilient. It was also acknowledged that Central America continues to produce lower levels of CO₂ emissions but is vulnerable to the ecological effects caused by the high polluting countries.

The emphasis on climate change was timely as the meeting fell only a couple of weeks after Central America suffered a surge of devastating natural disasters, the record-breaking nature of which has been linked to the climate crisis. Hurricanes Eta and Iota destroyed large parts of Honduras, Nicaragua and Guatemala, including homes, infrastructure and agricultural land. Over three million people have been left without shelter, many lives have been lost, and the damage to agriculture has significantly impacted crop production. Ambassadors and Deputy Ambassadors expressed gratitude for the aid which has been provided by the UK and NGOs and emphasised the need for further international support to assist the recovery effort.

Speakers welcomed continued trade cooperation between the UK and Central America and outlined future opportunities for UK investment. Ambassadors and Deputy Ambassadors each remarked upon the importance of the UK-Central America Association Agreement which they look forward to the UK ratifying. The possibilities for a prosperous trade relationship were welcomed by all parties in the meeting and the work of the Department for International Trade (DIT), particularly HM’s Trade Commissioner for Latin America and the Caribbean, Jo Crellin and the various UK Trade Envoys for countries of the region was also highlighted.

The meeting was very useful, with productive engagement between Ambassadors/ Deputy Ambassadors and Members of Parliament, and a clear acknowledgement of the importance of maintaining valuable relationships between Parliamentarians and the diplomatic community. BGIPU would like to thank the London Embassies for their assistance in coordinating the event and for the Ambassadors and Deputy Ambassadors’ informative presentations. 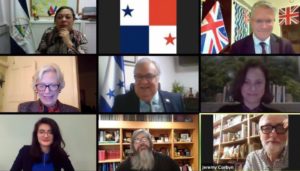 The meeting gave clear acknowledgement of the importance of maintaining valuable relationships between Parliamentarians and the diplomatic community.