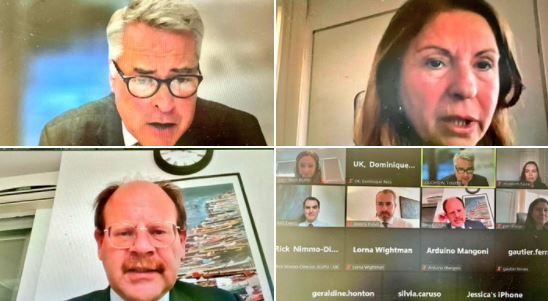 The roundtable chaired by Tim Loughton MP allowed MPs and Peers to learn directly from those on the ground about the grave nature of the famine which has been compounded by the COVID-19 pandemic.

On 20 October, BGIPU convened a roundtable in collaboration with WFP on the climate-induced famine in Madagascar. On the panel were four very knowledgeable speakers: Mr David Ashley, Her Majesty’s Ambassador to Madagascar; Ms Elisabeth Faure, WFP UK Director; Ms Pasqualina Disirio, WFP Head of Country Delegation; and Mr Arduino Mangoni, WFP’s Head of Programmes in Madagascar. The event was chaired by Tim Loughton MP who also drew on his extensive experience as leader of the delegation that BGIPU organised to the country in 2017. Participating in the roundtable were MPs and Peers who had specific interest and knowledge in the region. The roundtable was an opportunity to learn first-hand what the situation on the ground is like and to discuss how best the UK Parliament can support those in need.

Madagascar is the 4th largest island in the world. It has a territory that is bigger than France and is home to a population of around 28 million. A devastating 80% of the population live below the poverty line and the country is poorer per capita than it was in 1960. Despite being the 4th most vulnerable country in the world to climate change, it is also the 9th lowest carbon emitter per head in the world. The country is known for its flora and fauna and 88% of its vegetation is unique to Madagascar. It hosts 5% of the world’s biodiversity.

Suffice to say, the humanitarian situation is grave. In April 2021, the food security analysis (IPC) conducted an assessment of the situation and concluded that 1.14 million people in the region are in urgent need of assistance. The situation is expected to deteriorate before improving. During the country’s lean period from October – December 2021, the IPC expect the number of people in need of assistance to rise to 1.31 million.

At the roundtable, each speaker explained different aspects of the situation and how they are working to tackle the problem. Her Majesty’s Ambassador explained that in 2020 the UK gave £66 million in aid (mainly under multilateral agreements) and £5 million in 2021. DEFRA Biodiverse Landscape fund has committed to provided £10 million over a 7 year period.

In summary, this virtual roundtable allowed MPs and Peers to learn directly from those on the ground about the grave nature of the famine which has been compounded by the COVID-19 pandemic. This successful collaboration with WFP complemented BGIPU’s work and maximised an understanding through bringing Members together for this informative exchange. 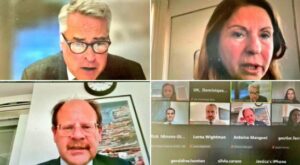 The roundtable chaired by Tim Loughton MP allowed MPs and Peers to learn directly from those on the ground about the grave nature of the famine which has been compounded by the COVID-19 pandemic.