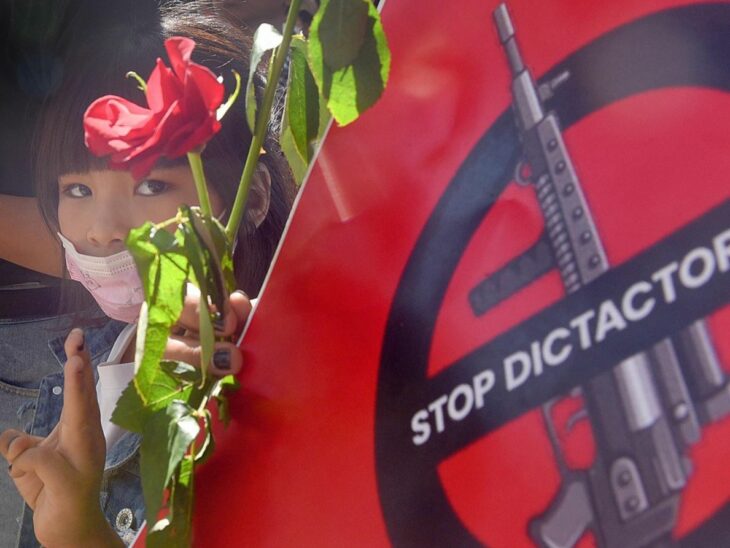 ©ANINDYA CHATTOPADHYAY / The Times of India via AFP

The IPU Committee on the Human Rights of Parliamentarians reports human rights violations against 685 parliamentarians in 47 countries, almost one in four countries in the world. Many of the cases are new.

This is another all-time high record for the IPU and is likely to be just the tip of a growing iceberg. Most of the cases concern opposition Members of Parliament who are vocal critics of their government.

In more positive developments, however, the Committee was also able to successfully close a few cases following the release of some MPs, in part thanks to IPU interventions.

In March 2021, a court hearing acquitted Mr. Jean Jacques Mamba, an opposition parliamentarian. Mr. Mamba had been arrested in 2020 for allegedly forging signatures on a parliamentary petition and had left the country to avoid detention.

However, in November 2020, he was able to return home and resume his parliamentary work following months of lobbying of the authorities by the IPU.

The Committee welcomed the release of Mr. Ömer Faruk Gergerlioğlu, who was allowed back into parliament in July 2021.

Mr. Gergerlioğlu, a member of the Peoples’ Democratic Party (HDP), has been a staunch critic of the Turkish government for several years. He was sentenced to two and half years in prison and detained in April 2021 for allegedly spreading propaganda for the Kurdistan Workers’ Party (PKK), which is considered a terrorist organization by the Turkish government.

However, three months later, the constitutional court set aside Mr. Gergerlioğlu’s conviction after finding violations of his rights to stand for elections and engage in political activities, as well as of his freedom of expression.

The Committee welcomed the release of two MPs, Mr. Seifedine Makhlouf and Mr. Nidhal Saoudi, earlier this year. The two opposition MPs had been imprisoned for three months, awaiting trial on charges that carry the death penalty under the Tunisian Criminal Code. Their charges have been reclassified, thus reducing any potential prison sentences if convicted. The trial is due on 28 March.

The Committee continues to carefully monitor the cases of dozens of opposition parliamentarians from Tunisia following the suspension of parliament in July 2021 by President Saied.

The caseload includes a new complaint in favour of Mr. Noureddine Bhiri, who was arrested and detained in December 2021. Mr. Bhiri was allegedly detained without an arrest warrant or formal charges. The Committee is concerned about reports of Mr. Bhiri’s deteriorating state of health while in detention and has offered its assistance.

In other new cases, the Committee is monitoring the situation of parliamentarians Mr. Mduduzi Bacede Mabuza and Mr. Mthandeni Dube in Eswatini. The two MPs were arrested and detained in July 2021 soon after they publicly called for democratic reforms. A third parliamentarian, Mr. Mduduzi Simelane, left the country before he could be arrested.

The Committee is concerned that the MPs’ rights to freedom of expression have been violated and that the charges they face are politically motivated.

Since the military takeover and the suspension of Parliament in February 2021, the IPU has received specific reports of human rights violations against 56 parliamentarians elected in the November 2020 ballot.

The caseload includes two new MPs, Mr. Wai Lin Aung and Dr. Pyae Phyo, who were arrested in December 2021. This brings the total number of parliamentarians in detention to 30. Many of those detained are reportedly being held incommunicado in overcrowded prisons, where they are facing mistreatment and possibly torture, with little access to medical care or legal counsel.

The Committee is assessing several human rights violations against them, including allegations of abduction, torture and ill-treatment, as well as arbitrary detention and failure to respect parliamentary immunity. 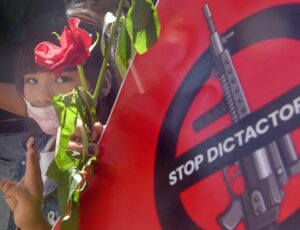 ©ANINDYA CHATTOPADHYAY / The Times of India via AFP