Nepal determined to rebuild a positive path for the future 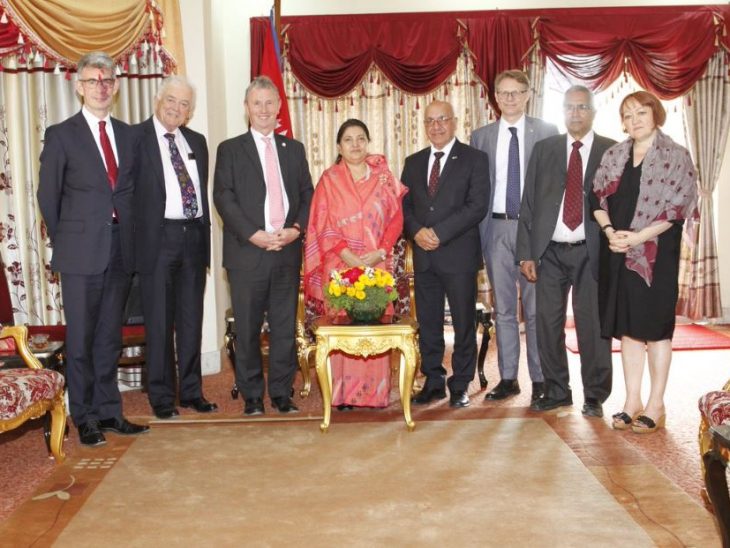 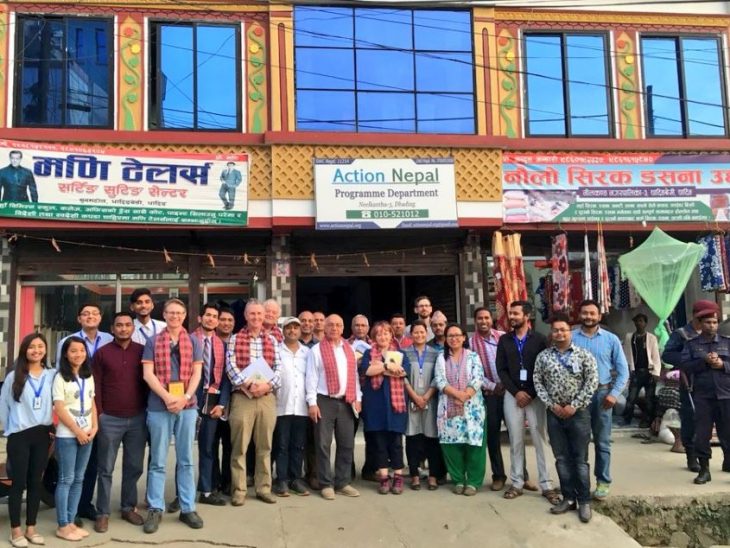 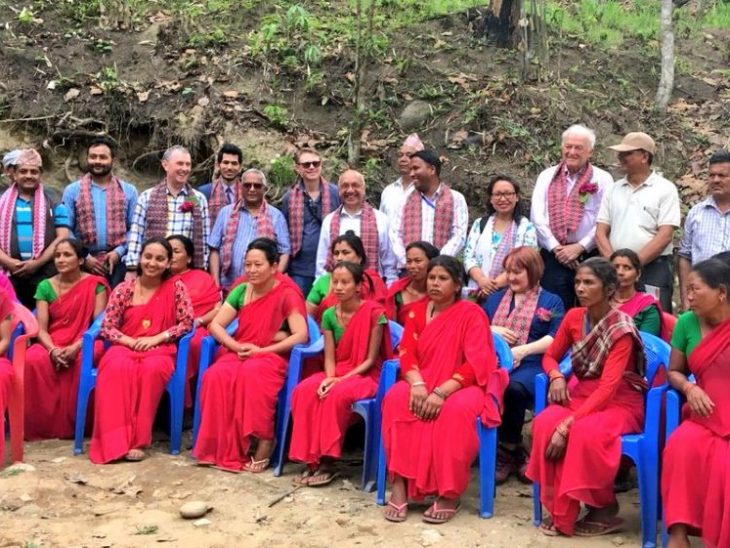 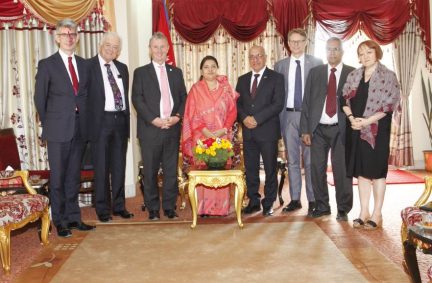 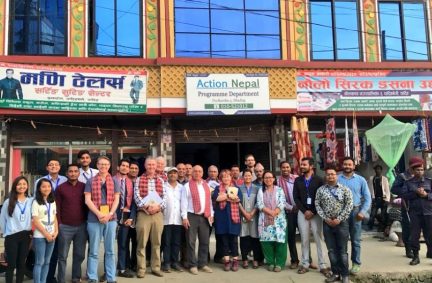 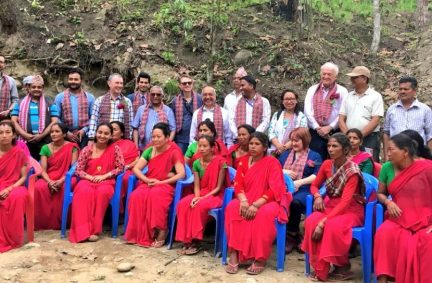 Following an invitation from the former Nepali Speaker, Rt. Hon. Onsari Gharti, a BGIPU delegation had the privilege of visiting Nepal from 6-12 May 2018. The delegation was a reciprocal visit to that of then Speaker Gharti to the UK in April 2016 and was an excellent opportunity to follow up on the discussions and issues raised during the initial visit. BGIPU Chair, Nigel Evans MP led the cross-party delegation and was joined by Chair of the Nepal APPG, Virendra Sharma MP, David Morris MP, Kerry McCarthy MP, Lord Balfe and Rt Hon. Lord Dholakia. They were accompanied by Emily Davies from the BGIPU and ably supported by the British Embassy Kathmandu and DfID colleagues throughout the visit.

Nepal is a country emerging from the shadow of two recent major events, the devastating earthquake of 2015 and the ten year long Civil War between the Maoist Communist Party of Nepal and the then Monarchy-backed Government. The latter lasted ten years and more than 19,000 people were killed during the conflict, with an additional estimated 150,000 people internally displaced during the troubles. A peace agreement was drawn up in 2006 and the country-wide violence came to an end, save for some small splinter groups who are now often driven by petty crime rather than sectarianism. Following the agreement, the Truth and Reconciliation Commission was established, with a mandate to investigate wartime killings, torture and forced disappearances.

During the delegation’s meeting with the semi-judicial body it was learned that the Commission is currently handling more than 63,000 petitions, and with only seven officers to investigate the complaints, just 2000 of these have been examined so far. The political will is there however to examine each case and, whilst no material good can rectify the injustices suffered, the Commission do have resources to support the Nepal people, such as financial remuneration for families of the deceased, free medicines and treatment for the injured and infirm and new ID cards for the displaced.

The conflict also led to the formation of a long-awaited new constitution, bringing about several fundamental changes to the country’s political system and creating a Federal Republic. A bicameral parliamentary system was created with two Federal houses, and unicameral parliamentary systems in each of the new seven provinces. The delegation had the opportunity to meet officials at all levels, and the calls made to the President, Prime Minister and Speakers of both Houses provided a forum to discuss how the excellent relationship between the UK and Nepal could be further strengthened, and what additional support Nepal would need going forward.

When in Dhading province, the delegation met with the mayor of Thakre and elected representatives, to discuss political mechanisms at a local level. It was obvious that it will take some time before the new system works effectively, as the lack of clarity around responsibilities at provincial level and how resources (such as staff and dedicated offices) are to be provided, were evident throughout the meetings. The international development partners the delegation met later in the week, however, were very optimistic about the progress Nepal had made so far and were quietly confident in the new system once the initial hurdles are overcome.

The new constitution also makes specific provisions for the rights of gender and sexual minorities, and there is a great emphasis being placed on the inclusion of women and disabled people in representation. As a country which has traditionally restricted women’s roles in political leadership, it was very encouraging to meet with a female President and Minister for Women to learn of the growing female representation at federal, state and local level. This is a result of a constitution stipulation that at least one third of total representation should be obtained by women, a goal largely achieved through the proportional representation system now used in Constituent Assembly elections. Whilst it is excellent that women’s political representation is now a key objective in Nepal, and there is much the UK could learn from what steps they’ve taken to achieve this, Nepal should be encouraged to interpret their 30% threshold as a starting point rather than a ceiling for achieving greater numbers of women in decision making processes.

Women are debatably not yet so included in the reconstruction efforts following the 2015 Gorkha earthquakes; the worst natural disaster to strike Nepal since 1934. With two severe earthquakes only two weeks apart, and with an additional 1,000 aftershocks further hampering rescue and relief efforts, the impact on the country was devastating. The delegation’s meetings with the National Planning Commission and National Reconstruction Authority shed light on the losses suffered, both in terms of human life and infrastructure. The numbers are quite staggering: more than 8000 people were killed by the quake, thousands more injured, 7553 schools were destroyed, 3212 drinking water projects corrupted and over 700 heritage sites partially or completely collapsed. Pre-2015 Nepal was already one of the poorest countries in the world and the total economic loss from the earthquake was estimated at around a third of their then GDP, further reducing the country’s ability to fund major reconstruction efforts.

However, the efforts of the Government’s reconstruction bodies and cooperation between them and international donors provides promise that, whilst reconstruction will be a slow and painstaking process, the country’s infrastructure can be rebuilt. There was a great sense of gratitude throughout the visit to the UK for their support following the earthquake, from a practical humanitarian perspective and a fiscal one. £85m was donated to Nepal by the British through a public appeal in 2015, in addition to £150m of Government aid, cementing the bond between the two countries and the UK’s position as one of Nepal’s largest bilateral aid donors. Links have also developed between Nepal and the University of Durham, with Academics providing advanced satellite mapping of the country and landslide risk assessments to better predict future hazards.

The focus for the reconstruction is very much of “building back better and safer”, as Nepal’s position on the boundary of two large tectonic plates heartbreakingly means future earthquakes of such magnitude are inevitable. The delegation witnessed this rebuild strategy first hand when visiting an earthquake retrofitted house and new drinking-water pump in Dhading province, funded by DFID supported projects and implemented by local community groups and Oxfam. Seismic retrofitting was also evident in central Kathmandu, where UNESCO sites like Kathmandu Durbar Square are being rebuilt using Chinese and Indian aid. This aid is just one attempt by the two emerging superpowers Nepal is sandwiched between to influence their much smaller neighbour. The delegation heard from Prime Minister Oli that Nepal has a neutral stance in not favouring one neighbour over the other, but were told of the benefits that China’s Belt and Road initiative would prospectively have for Nepal.

Tourism is the largest industry in Nepal, with India and China sending the most tourists a year and the UK the fourth largest visitor, with 52,000 Brits visiting in 2017. When meeting with the Minister for Tourism the delegation understood that Nepalese diaspora in the UK were beneficial in creating these positive tourism links and were often invested in hotels and hostels in the country. It’s also clear that for Nepal to expand further on its tourism potential, it needs to focus on extending the capacities of their tourism infrastructure outside of Kathmandu, which will hopefully naturally develop as earthquake reconstruction efforts progress in more rural areas.

With its new political system in place and reconstruction efforts solidly afoot, it is with every hope that Nepal will continue on a path to economic development and prosperity. The delegation were met with such great warmth and hospitality throughout the visit and it is extremely humbling, and perhaps a lesson to us all, to see a country that has been through so much hardship and misfortune take such positive and outward looking steps for its future. 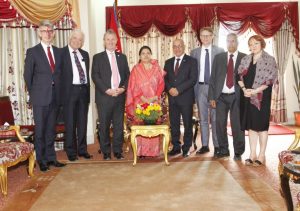 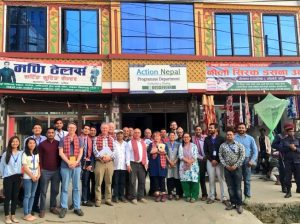 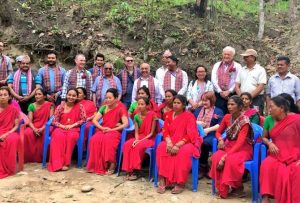