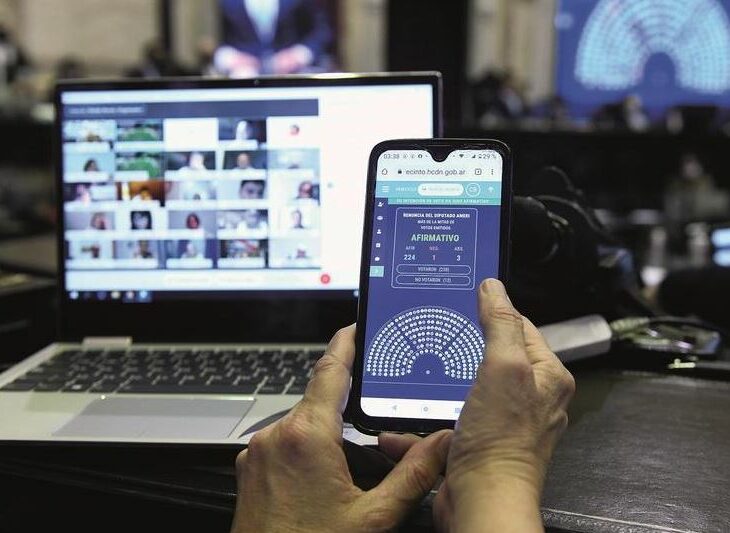 The COVID-19 pandemic has acted as a catalyst for parliaments, with many embracing new technology to modernize and, as a result, engaging better with the people they represent.

The IPU has released its new edition of the World e-Parliament Report which reveals how the COVID-19 pandemic has acted as a catalyst for parliaments, with many embracing new technology to modernize and, as a result, engaging better with the people they represent.

Published by the IPU’s Centre for Innovation in Parliament, the report’s findings are based on a survey of 116 parliamentary chambers in 91 countries and focus groups involving 49 parliaments between 2018 and 2020. The report follows the IPU’s World e-Parliament Conference 2021 in June which brought together over 650 parliamentarians and parliamentary staff from around the world to share good practice and lessons learnt from the pandemic.

IPU Secretary General Martin Chungong said: “Democratic ideals and practices have been challenged by the pandemic but again demonstrated their extraordinary resilience. Parliaments have had to adapt to a rapidly changing situation, simply to keep operating. In documenting the experiences shared by parliaments over the past few years, this year’s IPU World e-Parliament Report includes not only dozens of case studies about how parliaments have adapted, but also how they have become better equipped for the future to serve the people.”

More than one year on from the initial wave of the pandemic, the new IPU report shows evidence of a cultural shift as parliaments have been forced to innovate and find new ways of working to continue to function.

For example, the parliaments of Brazil, Spain and Chile were early adopters of digital tools for remote sittings at the beginning of the pandemic.

Regulations and parliamentary procedure have had to be amended to support remote working, allowing more flexible work arrangements as well as remote voting.

The use of video conferencing technologies rose dramatically, by 72 per cent between 2018 and 2020.

The report underlines the fact that digital tools are now more accepted by parliaments as a means to engage better with the public.

Growth in the use of web-based tools for communicating with constituents continues, with 81 per cent of parliaments seeing an increase between 2018 and 2020.

Parliaments’ use of instant messaging to connect with constituents has also continued to rise, up from 14 per cent in 2016 to 39 per cent in 2020.

The top two objectives indicated for the use of such digital tools were to inform citizens about policy issues and proposed legislation and to engage more people directly in the political process, as reported by 70 per cent and 69 per cent of the parliaments surveyed respectively.

What is an ‘e-Parliament’?

What constitutes an ‘e-Parliament’ has come a long way since the first IPU report in 2008. A revised definition now goes beyond technology by encompassing governance, transformation and efficiency:

An e-parliament places technologies, knowledge and standards at the heart of its business processes, and embodies the values of collaboration, inclusiveness, participation and openness to the people.

The IPU report also contains a number of recommendations to encourage parliaments to continue to modernize their core operations.

Recommendations include the need to permanently amend regulations to be able to function seamlessly; continued participation for members and the public, particularly in committees; the consolidation of flexible work arrangements for staff and members; and the promotion of inter-parliamentary collaboration to accelerate innovation and increase mutual support between parliaments.

Discover how parliaments around the world are innovating in our dedicated video playlist. 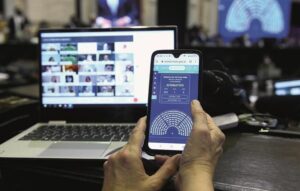 The COVID-19 pandemic has acted as a catalyst for parliaments, with many embracing new technology to modernize and, as a result, engaging better with the people they represent.