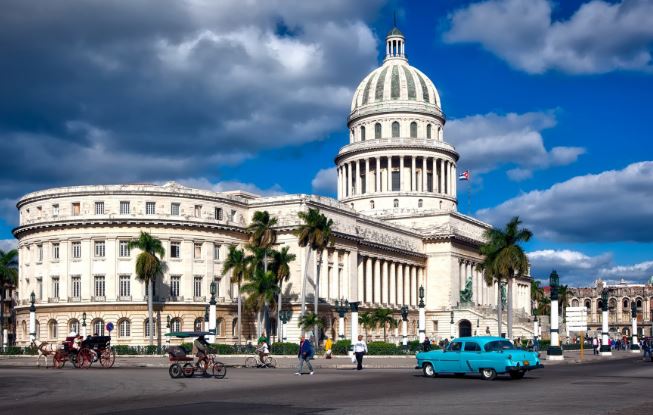 We were greeted by Ada Martinez, the IPU Cuba Branch Secretary and by our dedicated interpreter, Lisne, and taken to the Government Guest House in the suburbs of Habana where we were extremely well looked after.

What became the first day involved an early start to visit the Province and town of Matanzas, a two hour journey. An interesting discussion with the Chairman of the Provincial Assembly of the People’s Power and some members of the National Assembly helped us to understand the recent devolution of powers to local authorities and raised questions on the economy and tourism.

We then visited the Provincial Hospital and had talks with the Director and her staff about the Cuban Health system. We went on to tour the historic Unesco Slave Museum and later visited the Evangelico Teologico Seminary before a quick visit to the famous Pharmacy Museum and the journey back.

Day 2 saw us visiting the Abel Santamaria, School for Blind Children (see Cathy Jamieson’s special report on this here). We then went to the impressive Genetic Engineering and Biotechnology Centre. Dr Raices gave us an insight into Cuba’s vaccination programme which accounts for the admirably low infant mortality rate and no tropical diseases. He also told us about their work on diabetes type 2. Whenever health issues were talked about the problems of the US Embargo became evident. We promised to do what we could to ensure UK collaboration in this field.

Our next opportunity for dialogue came with a meeting with Jaime Crombet, Deputy Chairman of the National Assembly of the People’s Power and with Ramon Pez Ferro, Chairman of the Assembly’s Foreign Affairs Committee and of the IPU Branch. Much ground was covered, including the need to introduce a tax system now that so many Government jobs are going and entrepreneurship and self employment is being encouraged.

We were later able to visit Habana Vieja and see the work being carried out by the Historiador, Eusebio.

The day ended with a most enjoyable and instructive dinner at the British Embassy. The Ambassador, Dianna Melrose had gathered together an interesting group of people for us to meet.

Day 3 started with the visit to the Organoponic Garden (described in Mike Weir’s Report here). We then met with the Deputy Minister of Foreign Affairs, Ambassador Dagaberto Rodriguez. Our discussions were open and wide ranging and covered our bi-lateral relations, EU/Cuba relations as well as the US Embargo and developments with neighbouring countries.

A meeting followed with Mariela Castro (the President’s daughter) to hear about her campaign for Women’s’ Rights and Homosexual Freedoms and the day rounded off with a visit to the Opera where the Magic Flute was performed by a newly formed youth opera and set in today’s Cuba.

The final day involved visits to the Habana Zoo or to The Museum of the Revolution before departing for the airport for the flight back home. 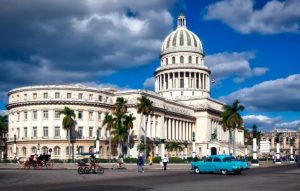